News
Learning Curve
MinnPost's education reporting is made possible by a grant from the Bush Foundation.
March 19, 2015 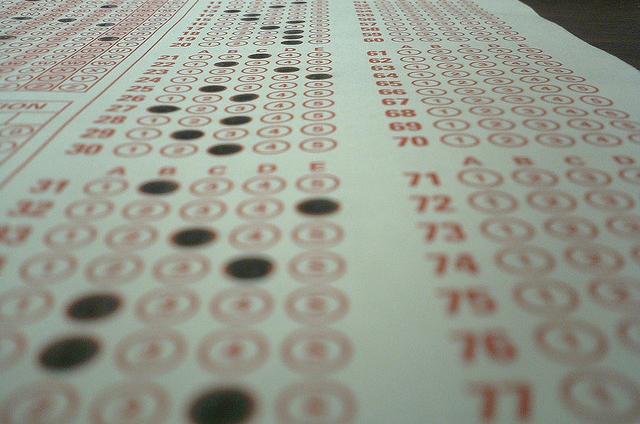 Last Thursday my son, who is typically a reliable narrator, came home from Southwest High School with what I initially imagined was a tall tale. He told me I’d be getting an emailed version of the form Minneapolis Public Schools (MPS) asks parents who object to the Minnesota Comprehensive Assessments (MCAs) to sign.

I should agree to exempt him, he explained, because teachers were warning kids that anyone who took the annual state proficiency exams would miss a lesson that would be delivered at that time and would thus risk falling behind. His friends were either asking their parents to sign or forging their signatures.

I checked with some other Southwest parents, who reported hearing the same story. And a link to the opt-out form was included in the school’s weekly newsletter, which goes out to every parent whose email is associated with a student there.

Welcome to Learning Curve: The (Slightly Belated) Ides of March Edition. March being, of course, the month of the vernal equinox, Julius Caesar’s assassination by Brutus and his five dozen co-conspirators and more recently the annual administration of the MCAs.

The exams will now be tied to teacher performance evaluations, school and district ratings and — depending whether there are metaphorical stabbings on the floor of the Minnesota and U.S. Senates in coming weeks — sundry other policies.

Which means March is also the month when campaigns to opt out of the exams revive themselves. In several states this year this has meant pickets and other high-profile displays as the new and significantly more rigorous assessments associated with the Common Core State Standards are rolled out.

A tustle in Illinois, ads in New Jersey …

In Illinois, state officials have been locked in a tussle with Chicago Public Schools over whether students may opt out and whether the state will withhold $1.4 billion from the district if tests aren’t administered. New Jersey’s teacher union is in the middle of a six-week blitz of ads decrying the tests.

A coalition of civil rights groups is asking Congress to keep mandates that states collect performance data so that the federal government can continue to monitor inequity. Meanwhile, the National Education Association, the country’s largest teacher union, is pushing for a rollback of the exams.

For once, California seems to be the lone bastion of sanity. After successfully thumbing their noses at the U.S. Department of Education, state officials there have given districts a moratorium year during which teachers and schools will not be evaluated using data from new and stringent tests.

Here in Minnesota, students have been taking similar, tougher assessments for several years, the protest movement has been sleepier. Still, Gov. Mark Dayton has proposed reducing the number of required Minnesota exams by a third — a more dramatic reduction than was recommended by a state task force last month.

On a national level it’s frequently depicted as a parent-led backlash to an education that doesn’t honor the whole student. At least in Minneapolis Public Schools (MPS) the protest appears teacher-led. And in many places where waves of dissention were predicted, the number of students opting out is 1 percent or 2 percent.

Last year 2 percent of MPS parents opted their kids out, the vast majority of them at South and Southwest high schools and Barton Open School. Of the 350 kids who skipped the tests, 225 were from South and 54 from Southwest, according to Eric Moore, MPS’ director of research and evaluation.

Regarding the “whole child” issue, Moore is quick to note that MPS has built a system that combines MCA results with information on non-cognitive factors, attendance, parent perspectives and a host of other indicators that principals and teachers can use to target individual student needs.

“The MCA test is not a measure of intelligence,” Moore says. “It’s just one measure to see how well we can support students.”

Is the revolution picking up steam? Maybe a few wisps. As of Tuesday morning, opt-outs at South were about the same but had grown to 210 at Southwest, says Moore.

Whether the district has a policy on teachers urging kids to opt out or one about using an official school communication to facilitate the process I cannot tell you. I asked for comment on Friday and again on Monday and to date have only received a copy of an email sent to teachers about preparing for the MCAs in general.

“As a public school system, we believe that assessment is a valuable tool to promote learning,” it reads. “Assessment allows teachers and other staff to make informed decisions about students’ academic needs. Sharing assessment information is an excellent way to involve parents or guardians in these decisions.

“We understand that there may be extenuating circumstances for some students, and we respect a parent’s choice to opt his or her child out of taking an assessment. We expect teachers to use their professional judgment with students and parents to have meaningful conversations about assessments.”

Feel however you want about the tests, is what’s been happening at Southwest meaningful conversation?

On Monday when the reading test was given to my son’s cohort many of his classmates watched a video during the hour when he was at the computer. On his way to the testing room two teachers asked whether he had forgotten his opt-out form. One of them has repeatedly encouraged him to take AP exams.

It would be one thing if students were authentically outraged about a policy, law or aspect of their educational experience that was smothering their love of learning. Or if there were meaningful discussion about the controversy or about students’ views of the tests. But I think the lesson actually being delivered is a different one.

Test anxiety: Is it the kids or the teachers who are driving opt-outs?