News
Learning Curve
MinnPost’s education reporting is made possible by a grant from the Bush Foundation.
June 12, 2015

John Miller had been teaching pretty happily for a quarter of a century when it occurred to him that he was in a position to fix the sundry small discontents of his professional life by dreaming up and opening his own school.

This fall, after nearly four years of planning, scheming, grant-writing and the completion of enough paperwork to obliterate a lesser vision, Mill City High School will open in downtown Minneapolis. It will be completely unlike any other school hereabouts, and if the reality lives up to the idea, it will rock.

It will also be one of five charter schools authorized by the Minnesota Guild of Charter Schools, an offshoot of the Minneapolis Federation of Teachers (MFT). The MFT is the first teachers union in the country to begin authorizing charter schools. Accordingly, the new programs are teacher-led.

Located in the shadow of the new Vikings stadium in First Covenant Church, Mill City will offer a novel, four-pronged approach with Global Classical Studies as a lynchpin. Up to 150 students, spread across ninth-, 10th-, and 11th-grades, are expected this year, with the school eventually serving grades 9-12.

Global Classical Studies might most easily be explained by returning to the topic of Miller’s desire to change things up mid-career. In 2011 when the MFT received state permission to enter chartering, Miller was teaching at Eagle Ridge Academy.

A K-12 school located in Eden Prairie, Eagle Ridge is one of a number of Twin Cities charter schools, most of them located in affluent suburbs, to offer classical education. The classics being, of course, the works of Western thinkers ranging from the ancient Greeks to the U.S. Founding Fathers.

The approach is rigorous academically, and the schools are among the state’s top performers. Though they have been located primarily in affluent areas to date, student bodies have diversified in recent years.

(Classical education has also been popular in households which, for reasons religious or political, are not crazy about the multiculturalism they believe is invading public schools. One of Eagle Ridge’s missions, for example, is to foster “an appreciation for the United States of America and her unique role in the world.”)

Miller loved Eagle Ridge’s “blend of rigor and friendliness.” Yet when it became clear the school was going to undergo some transitions, he mulled until it became clear that what he’d really like was to design his own program.

Consider one of his frustrations: Over the previous four years he had taught 16 periods of high school humanities, 15 of which dealt with the Western world.

“The one period that deals with the rest of the world was called ‘Eastern Thought,’ ” he recalls. “They crammed everything in there — including Islam, just to have it somewhere.”

Classical approach, but opened up

Miller wanted to move away from the Eurocentric curriculum but keep the approach, which he believes is fabulously suited to driving students to ever-richer levels of understanding and to teaching critical inquiry.

Students proceed from a grammar stage, which consists of direct instruction in basic knowledge and skills, to a Socratic dialectic in which they attempt to think their way to a logical conclusion. That is followed by seminar discussion. 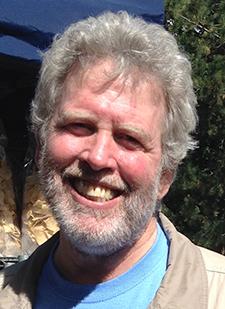 Why not keep the structure, but open the field of inquiry up to the classics of other traditions and civilizations?

“Have a conversation amongst students where you give them open-ended questions,” Miller explains, “but instead of Plato vs. Aristotle it’s Lao Tze vs. Buddha.”

Why not start with cultures that are 2,000 years old, and include indigenous and African traditions and — as students age and the global classics become more contemporary — Latin American and African-American experiences?

Big vision notwithstanding, opening a charter school — much less a high school — is a tough undertaking in the Twin Cities right now. One of the biggest hurdles is finding space. Schools require universal access, gyms, commercial kitchens and other expensive renovations. Most landlords don’t want to invest for a startup.

As it happened, First Covenant was in search of people who might like to use its four floors of mostly vacant space for activities that jibe with its social justice mission. Built in 1885, the church’s sanctuary was for a time the tallest building in the city.

A second building once housed Sunday school for 1,000 students. Mill City will max out at 300.

It didn’t hurt that a former student of Miller’s was the son of the pastor, who is a member of a downtown Multi-Faith Network that includes priests and imams and other clergy committed to working together.

Because Mill City’s students are likely to be at different achievement levels on enrollment, the school has a number of plans for helping some kids accelerate while others catch up.

The first 12 weeks of the 17-week semesters and the first three days of each week, “everybody gets what the state says they need to get” — instruction on academic standards — “but with differentiation.”

Students who pass at those junctures will go on to enriched electives and, if they pass there, to courses where they can apply their learning. Those who haven’t mastered a topic will get intensive coaching.

‘A culture of mastery’

Because teachers have no control over students’ home circumstances, there will be no homework. Basics will be done in school, and a B must be earned to pass a subject.

“We want to emphasize the intrinsic motivation,” says Miller. “It’s really about establishing a culture of mastery.”

So where does one assemble a faculty well versed in global classics? Miller laughs. Lack of an existing curriculum notwithstanding, lots of teachers have expressed interest. And there is no shortage of elders and others who have agreed to serve as resources.

A couple of notes about the teachers and their employer: Mill City is one of five schools authorized by the Guild. One, an arts and science elementary program, opened last year in Cambridge. The other three, all slated to open this fall, include a school in Rochester that will serve students with executive function challenges and two other Minneapolis programs.

Mill City’s teachers will be at-will employees on contracts at the start of the year. Miller says he expects they will quickly ask Education Minnesota, the state’s largest teacher union, to meet with them to discuss organizing. That the faculty will unionize is likely but not a foregone conclusion, nor one of the impetuses for starting the school.

Mill City will have a teacher-majority board, and a great deal of thought has gone into organizing the day and week so teachers have time to work in teams.

So what, nine months after quitting a good job and four years after starting this quest, does this feel like to Miller?

“After being in education for 25 years, I got to design my own school,” he says, grinning. “The perfect school where I’d like to work.”