News
Learning Curve
MinnPost’s education reporting is made possible by a grant from the Bush Foundation.
July 10, 2015 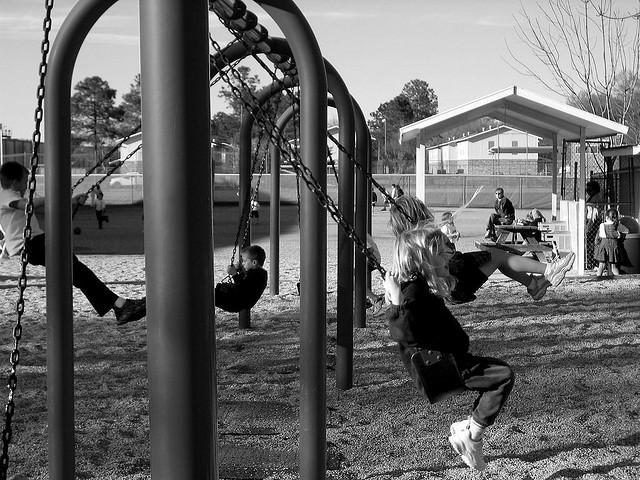 CC/Flickr/robert terrell
The end goal is for everyone in a school community to feel ownership over the success of all of the kids.

I remember vividly the day I first visited the autism classroom I was enrolling my younger son in. The lights were low and the voice of the nice lady from district HQ who had come out to help us over the brutal hump was gentle.

But mostly I remember Pringles the rabbit. Floppy past the point of laconic, his job was to serve as calming station. As he ruminated — literally chewing and re-chewing his grassy cud — children who had a hard time interrupting their own psychic rumination could smooth his fur with anxious fingers.

The nice lady from the district was calmly spooling out terms like “least-restrictive setting” and “federal level-II designation,” terms that defined our new reality. I wanted to crawl into Pringles’ nest and not come out.

No one gets to this juncture without traversing miles of hot coals. There are misdiagnoses, suggestions that it’s your lousy parenting or the food dye in your cupboards or a psychotic break.

And there’s fear — buckets of fear because you don’t know what to do. Because you fear actually no one knows what to do. Torrents of icy-hot fear that no one will see, much less tend to, your baby’s gifts.

“So you think we’re here?” was the only thing I could think of to ask the nice lady.

In reply, she assured me that Minneapolis Public Schools’ Citywide Autism Spectrum Disorders program was going to be a safe harbor. Only because I could see the tears welling up in her eyes as she talked, I resolved to believe her.

I’ve thought about that day many times in recent weeks as a controversy involving changes to MPS’ autism programming has flared and waned and flared and waned. The conclusion I’ve come to is that this one won’t be entirely resolved by using facts, because the badly flawed narrative that needs countering is fueled by fear.

Minneapolis’ autism program is not being dismantled. Some structural changes that many parents have been requesting for several years are being phased in. The shift is occurring in conjunction with a badly needed overall reorganization of the district’s special-education programming.

In 2013, one-fourth of special-ed students graduated, up from 20 percent two years before. Last year, just 15 percent of students in this group read and did math at grade level.

According to a year-old audit of the district’s special-ed offerings, almost all have the capacity to flourish. But the grownups have some massive changes to make.

In terms of services for autistic kids, the impending change is this: Starting with this fall’s new kindergartners — when special-ed administrators decide the best placement for each child — the first question they will ask is whether the student can be served in his or her neighborhood school.

If the student can, he/she will be in the mainstream most of the day with help from a special-ed resource teacher who works in the school and who will in turn have the support of a team of autism specialists. If this isn’t enough, the student will be placed in the citywide autism program.

All told, of the 49 incoming kindergarteners with autism coming out of the district’s early childhood special education programs, 23 will go to their community schools. The rest will go to the citywide autism program.

“Families already in the program, it’s not really going to be a change for them,” said Amy Johnson, director of special-education programs in MPS. “As a special-ed department this is something all the directors feel very strongly about. We really want to partner with schools to create great communities where all kids are included.”

Several schools will be left with too few students needing the citywide program’s more intensive support to operate a stand-alone class in their building. At one of those schools, Burroughs Community School in southwest Minneapolis, aggrieved parents are upset that the autism classroom will be closed.

Another of the schools where the citywide classroom will be closed, Hale, will actually have enough students needing the less intensive support to increase the amount of special-ed staff.

Personally, I think it is absolutely the right thing to do. It’s past time to stop dealing with challenged kids in general by removing them from mainstream classrooms unless it’s absolutely necessary.

Yet we are talking about parents of incredibly fragile kids. They — we — are not entirely wrong to fear what will greet our children in regular-ed classrooms, where their sensory issues and social quirks are often perceived as willful bad behavior. A wholesale shift of culture may be an absolute necessity, but who wants their child at the epicenter?

Indeed, it’s only fair to tell you that in part because of the chasm between special ed and the mainstream classroom, my son is trying something radically different in the fall. He’s headed to a school where there is no autism program per se, but an intensive level of personalization.

To back up, though. In the spring, what was then a small group of parents sounded an alarm upon learning that a stand-alone classroom at Burroughs Community School that was part of the district’s Citywide Autism Program would close. In news reports and comments during school board meetings they complained that vulnerable children would be deprived of vital — and effective — supports.

A groundswell ensued and several weeks later there’s a website and a Facebook page and T-shirts and a change.org petition with thousands of signatures, some from autism activists in other parts of the country.

(And here we must pause and take note of the fact that this is not the first time parents at Burroughs have crusaded against changes without visible efforts by school leaders to assuage community fears. District statements clarifying the way new students with autism will be served do not appear on the school website, for example.

And those with long memories will recall the 2009 dustup in which the school’s principal allowed a site-council poster to be placed in the school entryway opposing a demographic shift that would have increased the number of African-American children enrolled at Burroughs.)

In other places, some of the parents who advocated for changes to the autism program have pushed back against the outcry. And the school board, which a year ago heard the heartbreaking results of the aforementioned outside audit of special-ed programming, appears to be standing behind staff. Whether the current controversy dies or swells it merits addressing, because it is the very first ripple in a sea change.

Each student has an individual plan

Next fall, MPS will serve some 870 kids with disorders on the autism spectrum, ranging from profound to relatively mild. Like other disabled students, they are entitled to services according to federal law. To protect them from warehousing and to ensure they are educated to the extent possible in the company of their non-disabled peers, those services must be provided in the least restrictive setting possible.

In practice, most MPS students on the autism spectrum — 550 this year — have been served in the citywide program, in classes of six to eight, regardless of the level of service called for in their paperwork. For a long time it made sense — logistically, anyway — to cluster the students in specialized classrooms from which the level 1 and 2 kids ventured out to spend the rest of their minutes in mainstream classrooms.

In 2000, there were 224 students in the program — a number that has gone up by 30 to 70 children a year ever since. As it has gone up, so has the number of autistic children not being served in their neighborhood schools. This has made for anguished choices for some families, and a total lack of choice for others.

When Erin Clotfelter’s family moved across the city, she had hoped her three school-aged kids, all in special ed, would go to their local school. Waite Park doesn’t have an autism program, however, so they are enrolled at Sheridan Arts Magnet.

They’re having a great experience at Sheridan, where they spend as much time as possible in regular education classrooms. Clotfelter would have preferred, however, for them to go to school with other kids from the neighborhood.

Over the winter she began attending meetings of the parent-driven Special Education Advisory Council, which began pushing for changes two years ago. When the new plan was presented this spring, she thought it was pretty good.

“Nothing sent up red flags to me,” says Clotfelter. “Our [autism program] teacher was sitting next to me and she didn’t see any red flags.”

Indeed no one raised any objections. The council has been pushing hard for the change, concerned that teachers often had low expectations of special-ed students, that those students are isolated, physically and socially, and don’t have access to the same variety of academic offerings as their peers.

The end goal, explains MPS’ Johnson, is for everyone in a school community to feel ownership over the success of all of the kids. “We’re going to give general education teachers some really good tools that work well with our students with autism,” she says. “Students can eventually learn to advocate for themselves and say, ‘Here, these are some of the tools I’ve learned along the way.’”

For her part, Clotfelter has been called some nasty names for suggesting families wait to see how the changes play out. “There are already students in these schools with less support than this will give them,” she says. “I think we need to see how it goes.”

Which brings us full circle to Pringles and his soothing surroundings. In my experience, when you find that safe haven it’s hard not to feel wholly dependent on the grownups who — finally — see a child and not a constellation of deficits.

Some days it seems as if your special ed-teacher must do nothing but put out fires on your student’s behalf with colleagues who don’t get it, and then go home and lose almost as much sleep as you do. I understand how the prospect of losing that triggers fresh waves of fear.

But here’s a harsh reality: In Minneapolis, 18 percent of students — that’s almost one in five — are in special education. One in four is learning English. Two-thirds are impoverished. We can no longer afford the mentality that the needs of the majority of our kids are best met anywhere but the regular classroom.

Pringles is a way station because historically in most places in American education kids with serious needs are segregated. Unlike some other populations, when it’s the autistic kids we tend to think of it as a protective status. But it’s no substitute for creating an ecosystem they don’t need protection from.

More than a safe harbor: MPS autism changes are meant to create a new ecosystem