It’s gift-giving time, so here are three books for the budding economists on your gift list. Sure, you could just buy them one of the Freakonomics titles, but I think there are better books for understanding what economics is really about. 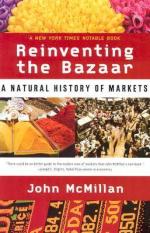 “Reinventing the Bazaar: A Natural History of Markets” by John McMillan is my top choice. His first paragraph is a gem:

“What is a tenured professor going to teach me about the market economy?” asked Scott McNealy, the chairman and chief executive officer of Sun Microsystems, speaking before students at Stanford University’s Graduate School of Business. Notably skeptical of tenured professors, McNealy meant his question to be taken rhetorically, but the challenge he posed deserves to be taken up.

McMillan takes up the challenge by addressing three questions: How do markets work? What can they do? What can’t they do? He does this by connecting the workings of real markets (from fresh flowers to electromagnetic spectrum) to economic theory, and by showing how theory influences markets (and vice versa). He even does it without any equations or graphs — just a few photos.

McMillan was only 56 when he died of cancer in 2007.  It makes me sad to think how he could have revised “Reinventing the Bazaar” on a regular basis and taught us more about the way the world works. A new book that tries to do this is “Trillion Dollar Economists: How Economists and Their Ideas have Transformed Business” by Robert Litan. The book isn’t as lively as “Reinventing the Bazaar,” but check out Litan’s TEDxKC talk and decide for yourself. 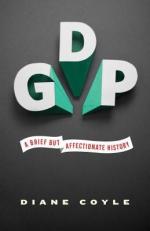 The next book on my list is “GDP: A Brief But Affectionate History” by Diane Coyle. Coyle weaves together the evolution of gross domestic product as an economic measure with a macroeconomic history of the past 200 years, with a focus on the period since 1945. All in 140 pages.

Coyle writes in a clear, conversational style that flows from her erudition in economics and a variety of other fields. She’s the kind of economist and scholar who tells you a story and leads you to ask them for more. This quality is on display in her other books, especially “The Soulful Science: What Economists Really Do and Why It Matters,” so you could give your recipient a Coyle two-pack. 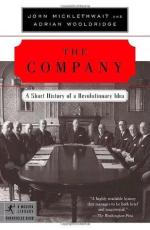 Finally, if you have someone who is more interested in the inner workings of firms, as opposed to the sweep of GDP, get them “The Company: A Short History of a Revolutionary Idea” by John Micklethwait and Adrian Wooldridge. The authors trace the development of corporations from their origins in the fifteenth century through their development as big businesses in the nineteenth century and twentieth centuries and across their differing forms in Europe, North America, and East Asia.

I hope Micklethwait and Wooldridge pen a revised edition that includes the past ten years of the story, but it doesn’t seem likely given that Micklethwait will now be in charge of all journalism at Bloomberg.

Finally, if you have a student or someone just starting in the working world they will appreciate a gift subscription to a magazine or newspaper that helps them follow today’s big economic topics. My favorite is The Economist; there’s so much in each issue that I rarely finished one week’s issue before the next one arrived, so think about giving them digital access. You could even pair one of the books with a digital subscription for a nice package. And, of course a gift to MinnPost in their name is always in good taste.

How about you? What books or periodicals touching on economics do you think make good gifts? Let us know in the comments.

Forget ‘Freakonomics.’ Three (plus) books for the econ buff on your list