When we think of one Jewish songwriter from Minnesota who changed everything, we usually think of Bob Dylan. But there was another one, and she died unexpectedly of pneumonia this past weekend, and I thought I would take a moment to mark her passing.

Her name was Debbie Friedman, and if you grew up in Reform or Conservative congregations or attended their summer camps or youth programs, as I did, you heard more Debbie Friedman than any other single artist. In the early 1970s, when she herself was a camp counselor and songleader at Olin-Sang-Ruby Union Institute in Oconomowoc, Wis., she began a process that she would continue for her entire life. 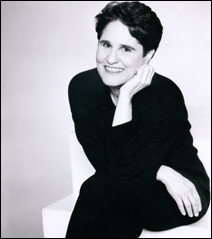 At that time, the sorts of songs that young Jewish campgoer sang were mostly Jewish folk songs and Yiddish theater song, with a peppering of contemporary Israeli songs. During religious ceremonies, classic liturgy was sung. And then there was the influx of folk and folk rock that seemed to universally take over summer camps, of whatever stripe, during the middle part of the 20th century — Jewish camps and YMCAs alike sang “If I Had a Hammer” and “Turn! Turn! Turn! (To Everything There is a Season).” And, after 1964, they all sang Bob Dylan. A lot of Bob Dylan. These songs were taught by earnest young men and women, typically playing guitar, often 12-string, and they were sung at the start of the day, after meals, and around campfires. For summer camp-goers, this was, for all practical purposes, the American Songbook.

Friedman, who was born in Utica, N.Y., but raised in Minnesota from the age of 5 on, was a sort of a great synthesizer, taking all of these influences and combining them to create a new body of Jewish music. She had a special impact on liturgical music, writing new melodies for the sorts of communal prayers Jewish camp-goers sing as a matter of course. These songs, which typically featured clear, pretty melodies with abundant opportunity for soaring harmonies, proved popular enough that they have often left their original home in camps and youth services. Friedman’s compositions found themselves part of mainstream services, which is quite unusual for new pieces of music.

I worked as a songleader at summer camps for years in my young adulthood, playing a 12-string guitar and teaching Freidman’s music, which I had sung ever since I was a boy. Although most of her compositions were a decade or less old by the time I started using them as a songleader, they already had established themselves as definitive — the same songs were sung at Camp Teko, a Reform camp run by Temple Israel, and Camp Butwin, which is run by the Jewish Community Center of St. Paul and had a large number of Conservative camp-goers.

In fact, when I first entered college, I sought a degree in religious studies, and tried my own hand at writing Jewish-themed songs. I played a few of these for the songleader at the campus Hillel House, and she asked me what my goals were — did I hope to be the next Debbie Friedman? In fact, what I had written had been self-consciously as unlike Friedman as I could make it, drawing from Yiddish and Middle Eastern motifs more directly than Friedman’s most popular works. There was no reason for me to be the next Debbie Friedman. Debbie Friedman had managed to be Debbie Friedman with complete success. It’s still impossible for me to see snippets of Hebrew, or participate in Jewish prayer, without hearing the melodies that Friedman affixed to the words. I imagine this is the case for most Jews who were raised as I was. She put an indelible stamp on modern Jewish music, and she managed to become the soundtrack to the young Jewish experience.

As it happens, I know a few cantors, and I fished around for people who knew her and could share their memories. I got a response from Cantor Erik Contzius, who currently works at the Temple Israel of New Rochelle, in New York. He emailed me the following:

“I first met Debbie at the second Hava Nashira conference — a song leading workshop in oconomowoc, Wisconsin. Until then, I only knew her through her music and had no preconceived notions about who she was. Her humor was always very dry, cutting. But she was direct and warm. Who you saw was who you got. No pretense, just a very present and strong person.

“Our paths crossed through various Jewish musical circles — through the American Conference of Cantors and the Hebrew Union College. What always struck me about Debbie was her willingness to learn. For all the music she produced of a similar genre, she had a full appreciation for all kinds of music, Jewish or otherwise. She had a great respect for tradition but gave it a vote, not a veto. And she seemed to want to always grow as an artist and a Jew, never complacent.

“Our interactions were few, but she knew who I was and I, her. But from such little time together you could tell a great deal about her, to which most anyone would attest. She will certainly be missed for her music, but I’m afraid she won’t be missed nearly enough for the gifts of her heart and mind that she shared with many, but could only personally touch so few. Having said that, her music expressed so much that perhaps her connectedness to people transcended physical being.

“May her memory be for a blessing …”

Here is a video of Friedman performing “Mi Sheberach,” a prayer for healing that is one of the most widely sung of her compositions, and was sung nationwide in American congregations this past weekend when news spread that she had been hospitalized with pneumonia.

If anybody has memories of Friedman, especially from her years here in Minnesota or her work in Wisconsin, please feel free to share them in the comments section.