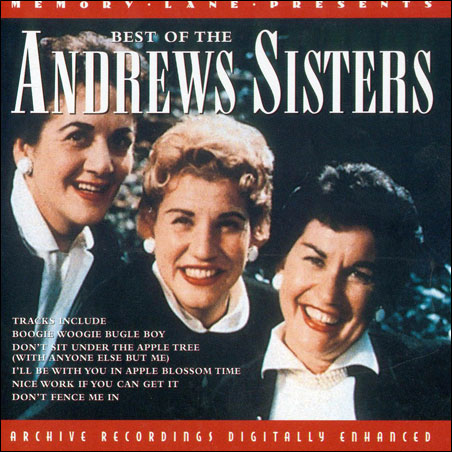 I would be hideously remiss if I didn’t start out this column by mentioning that it is Give to the Max Day in Minnesota, a day that, self-evidently, I initially find exciting and ultimately disappointing. But even if I get nothing back directly, despite the day’s bewildering name, which I assume to be some sort of prank on me, I do get an awful lot back from the organizations that the day benefits.

I suppose many of you are already familiar with Give to the Max, but, for those who are just now hearing of it, a quick introduction: For 24 hours, beginning last night at midnight, donations given to Minnesota nonprofits will come with the possibility of the nonprofits getting additional money, via matching grants and surprise bonuses and category-based fundraising competitions.

And what do I get back from it? Well, there are a lot of arts organizations fundraising today, and without them, I’d be out of a job, and what would I do then? Probably just sit around in my Elliot Park apartment and dream back to a time when my neighborhood produced artists, such as Charles Schulz, who everybody thinks is from St. Paul but was actually born just a few blocks from me. And what of the Andrews Sisters, two of whom were born in Elliot Park? They had a pretty good career. If there were no new arts made in the Twin Cities, I suppose I could write about them. I wonder what that would look like …?

Seventy some years after their prime, sisters Patty, Maxine, and LaVern Andrews have about as solidly square a reputation as you’re likely to find. They are the sing-songy, swinging voice of WWII optimism and innocence, singing too-cute, whitewashed popular jazz about reveille buglers who play boogie-woogie. And, sure, compared to, say, Lester Young, who also did a tour of duty in Minneapolis and also emerged from the swing milieu, the sisters weren’t exactly pushing the outer envelope of the sonic possibilities of jazz.

But a lot gets lost in this picture of the Andrews Sisters. First, it forgets that their origins were in real jazz. Their primary inspiration, beginning when they were performing in the Midwestern vaudeville circuit, was a New Orleans act called The Boswell Sisters, a close-harmony singing trio whose influence in jazz was significant enough that Ella Fitzgerald patterned her singing style after them. You can hear the similarities between Ella and the Andrews, too: Lead soprano Maxine often affects the same girlish voice that Fitzgerald was famous for.

And the sisters swung mighty hard. They frequently performed duets with Bing Crosby, and their responses to his laconic singing style involved radical time-shifts, wild syncopation, and sudden changes in pitch and key. They had an experimental sense of rhythm that could have left Buddy Rich gasping for air, and their understanding of harmony was unparalleled. They were, first and foremost, musicians, and highly skilled.

But there’s another aspect of the Andrews Sisters that is frequently forgotten. They were viewed as a “fun” trio, and so a large percentage of their voluminous output consisted of novelties, often ethnic, beginning with their first hit, a reworking of a Yiddish standard called “Bei Mir Bist Du Schon.” With their broad smiles, conservative looks, and pale complexions (never mind that they were half Greek), the sisters were “safe” in a way that darker-skinned, darker-themed artists wouldn’t have been, and so the Andrews Sisters were often the ones exposing a mass audience to really wild artists of their era. These included the babbling hepcat Slim Gaillard, who often sang in invented foreign languages, and jump blues honker Louis Jordan, who would sometimes flop on his back while playing long saxophone solos and push himself across the stage with his legs.

As a result, among the thousands of songs recorded by the Andrews Sisters, you find some really lunatic material. Here are five of their wildest:

1. Civilization: Recorded in 1947 as a duet with song and dance funnyman Danny Kaye, this novelty tune, which reached No. 3 on the Billboard charts, is shocking to modern ears. Also knows as “Bongo, Bongo, Bongo (I Don’t Want to Leave the Congo)”, it tells the story of an African tribesman who dismisses the words of a missionary, making his case that his so-called “primitive” life is far more civilized than what you might find in America. Unfortunately, the lyrics paint the Africans in broad, grotesque caricatures, with them hanging from bamboo trees like chimpanzees (worsened by the fact that Danny Kaye chatters like a primate when impersonating them in the song). In all fairness, Kaye’s primary influence is almost certainly Slim Gaillard, in a pitch-perfect impersonation of Gaillard’s singing in ersatz foreign tongues, but nobody could be blamed if they couldn’t get beyond the song’s cartoon sensibility regarding Africans to appreciate the lyrics’ satire.

2. I Didn’t Know the Gun Was Loaded: Every so often, the Andrews Sisters would do a Broadway-styled cowboy song. Two of their bigger hits were “Don’t Fence Me In” and “Lay That Pistol Down,” both duets with Bing Crosby based around a rollicking, clopping rhythm of a horse’s footfalls; the latter song has the sisters brandishing pistols at a philandering Bing as he begs for his life. “I Didn’t Know the Gun Was Loaded” is a sort of sequel to this, telling of a sharpshooting cowgirl named Effie who has the bad habit of shooting holes in her suitors, and then instantly proclaiming her innocence. The song features one of the sisters’ wildest arrangements, with a clarinet occasionally breaking in to play what sounds like klezmer riffs, and the entire orchestra occasionally breaking into a New Orleans jazz funeral-style rave up.

3. A Man Is Brother to a Mule: “When a man meets a woman, she’s liable to think he’s human,” the Andrews Sisters warn us in this vaguely Latin American-styled tune. They know the truth: With their ornery tempers and sheer contrariness, men’s closest biological relative is the ass.

4. Strip Polka: Perhaps the clearest indication that the Andrews Sisters were Minnesotans was their tendency to record polkas, which they did with alarming frequency. Their oddest is this one, recorded in 1942, about a burlesque artist named Queenie who, for unaccountable reasons, pulls her clothes off while her band plays oompa oompa music. The song’s middle bridge has the Andrews Sisters’ band playing history’s sleaziest polka as the sisters cry out “Take it off! Take it off! Take it off!”

5. The Yodeling Ghost: Not to be mistaken for the Patsy Montana song of the same title, this is a duet with Bing Crosby about a mysterious yodel, the product of a dead Swiss man who is haunting the girl who rejected his affections. What could be less terrifying?

Give to the Max; five wild platters from the Andrews Sisters