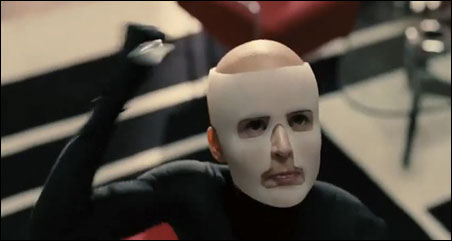 Like a lot of kids, I grew up reading comic books. I wasn’t especially more devoted to them than anybody else, and never grew into somebody who obsessively collects from a single series, and rushes to the comic-books store when the new releases are shelved, a credit card in one hand, a polypropolyene bag with acid-free cardboard backing in the other.

But I suspect I was a more curious collector than some. I tended to haunt garage sales and the discard bins of corner stores, which were filled with comics that nobody really wanted, usually selling for five cents. I wound up getting exposed to some genuinely mind-warping things as a result — I stumbled across my first stash of underground comix as a fifth-grader, including one called “Funny Aminals” [sic] that included a very rough early draft of  Art Spiegelman’s “Maus,” bundled in with illustrations that can fairly be described as pornographic. I wound up with pirate-themed comics, sports-themed comics, and a large number of horror comics.

In the ’70s, horror comics were in a strange sort of twilight. They were pretty explicitly forbidden by the self-applied Comics Code, a reaction to the vivid nightmares with O. Henry twists that E.C. Comics had made its bread and butter. But, for some reason, magazines were exempt from the Code, and so there were a number of horror-themed E.C. knockoffs printed in magazine-sized pages. Sex was also forbidden by the Code, and so these magazines went ahead and sexed up their material. And I suspect it was a hapless vendor, thinking he was purchasing old copies of “Psycho” or “Nightmare,” that wound up getting some Spanish horror comics, which then wound up in my hands.

These were not magazine-sized, but the size of a TV Guide. They had titles like “Escorpion” and “Fantom.” And, if American horror comics were sexed up, these displayed a degree of graphic sexuality that made underground comics seem tame by comparison — especially since the horror of these comics was frequently mixed with gruelling images of sexual violence. Generally, the tales, as far as I could make out, were simple ones of supernatural revenge, but this structure gave the creators license to create scenes of genuine sadism.

These books should certainly never have gotten into the hands of a child, but, then, I grew up in the ’70s, which I remember as a clash between too much sophistication and not enough. Book vendors would naively sell us copies of “Wifey” by Judy Blume, an author well-known for writing juvenile fiction, but who also produced Erica Jong-styled adult fiction with vivid depictions of sexuality. We read “Flowers in the Attic,” perhaps the trashiest book ever written, openly in classrooms. The woods were filled with bongs and copies of “Oui.” The world of adults kept leaking into the world of children, almost aways under the eyes of unknowing adults.

This is a protracted intro, I know, but I am going to talk about Pedro Almodovar’s film “The Skin I Live In,” and I have no point of comparison except those Spanish comic books from my childhood. This is a film that is not unlike other pieces by Almodovar, in that it seems to either be attempting to elevate low popular culture to high art, or perhaps invigorate high art by smashing into it influences from melodrama, soap operas, exploitation films and similar cultural detritus. His films have long made use of disquieting sexual themes, including linking sex to violence, and creating circumstances of perplexingly ambiguous sexual violence.

It’s all there in “Skin,” but, now, more than ever before, Almodovar’s influence seems to be those Spanish horror comics I wrote about. It’s very difficult to discuss this film without spoiling important plot points, so forgive me if I am a bit circumspect, but the film tells of a mad scientist (played with weary gravity by longtime Almodovar castmember Antonio Banderas) who has kidnapped a woman (Elena Anaya) and is performing experiments on her. There is an assault by a man in a tiger costume, a flashback to an explosive car crash, a mad teenager, and a protracted and deeply unsettling act of surgical revenge. It sounds like a horror movie, and, indeed, loosely borrows its plot from a thriller called “Tarantula” by Thierry Jonquet.

But Almodovar’s mood in this film is like that of Banderas — sullen and contemplative. Almodovar described the film as being “a horror story without screams or frights,” and, indeed, the central image isn’t one of violence, but that of a woman in a catsuit and mask, like a character from an especially mod heist film. And the theme of the film doesn’t seem to be fear, but instead a perverse take on Stockholm syndrome, when hostages start to sympathize with their captors. In this instance, both the hostage and the captor seem to have developed a perverse love for each other.

This is a different sort of horror, one that doesn’t seek to startle or shock, but instead one that crawls under your skin, creating a sense of unease and discomfort that last long after the film has ended. I’m an adult now, well into my middle age, but Almodovar reminds me that I can still be upset by the world of adults.

‘The Skin I Live In’: Spanish Stockholm Syndrome