This will be my last Max About Town column for MinnPost, although I will likely be doing some writing for the site down the road, as MinnPost’s Hollywood correspondent. I had thought to do what they call an Irish goodbye, where you just leave a party without saying anything, and, at party’s end, people discover you’re gone. It’s always seemed preferable to the Minnesota goodbye, where you linger at the door offering each other leftover food and occasionally broaching new subjects, which can last several hours. I was not raised like that. When my mother feels a party had gone on long enough, she’d just say “OK, bye bye!” and that’s it. Time to go. I have always respected her for this. 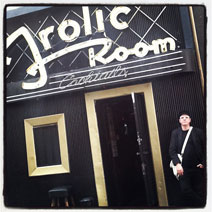 Photo by Coco Mault
Max Sparber: The next time you see him, it will be in Hollywood

But what the heck. I may as well say a few words on my way out the door. You may have noticed me duck out toward Los Angeles a few times this year, and that’s where I am headed, to an apartment that is already waiting for me in Hollywood. It was my neighborhood back in my early 20s, and I miss it, with its glorious mix of cheap glamour and unembarrassed trashiness. As great as the Twin Cities arts scene is — and, make no mistake, I have always argued that it is world-class — Los Angeles offers some prospects that are terrifically exciting, especially for a generalist in arts writing like me. But somebody will fill my position here at MinnPost, and they have a terrifically exciting prospect ahead of them as well. There is so much art of such high quality in this town that it is easy to feel overwhelmed by it — and also to feel defensive toward it, and feel that it deserves more attention and more reward than it gets, which was the source of my column Wednesday.

I happen to agree with John Heimbuch, the artistic director of Walking Shadow Theatre, who responded to that column with the opinion that local artists should seek national attention. In many of the arts communities where artists make a decent living, it is because their art has gone national, in one way or another; an example of this would be PUNY in Northeast Minneapolis, which has relationships with filmmakers nationwide, who turn to the company for their distinctive animation, and other creative work. I have a few friends who use the Midwest as a base for acting jobs nationwide, benefiting from the relatively low local cost of living but not limiting themselves to local gigs. It is my intention, as much as I am able to, to be a booster for Twin Cities arts and artists in Los Angeles, even if all I can offer at the moment is my sofa for local artists to sleep on when they visit.

In the meanwhile, I must offer up a word of gratitude to MinnPost. I am a decidedly eccentric writer, and this has made it difficult for me to find mainstream work in the past. But my editors at MinnPost have encouraged my idiosyncratic voice, and never given me any directives as to what to cover. This has meant that, when the mood has struck me, I could write about my affection for television judge shows, and I could offer reviews of every Liam Neeson film that opened, and I could write about my great passion for the Mall of America. It is a rare publication nowadays that celebrates the individual voice and the non-mainstream sensibility.

Of course, I feel they should, because I benefit from it, but also because I feel dialogue is improved by variety. Were all critics to have the same interests and the same opinions, and especially the same approach to expressing them, every publication would be engaged in redundancy. My feelings about this are strong enough that they are linked to my sense of what makes a robust democracy — that democracy is improved, not merely by respecting the viewpoint of the minority, but by making certain that there is someplace where that minority viewpoint can be shared, archived and even celebrated.

I have written Max About Town for about a year now, and there are few things quite so satisfying as spending five days a week for a calendar year exploring the arts and culture of a specific place, especially when that place is your own home. Of course, there were many, many things I missed over the past year that deserved coverage, but, then, when you’re an arts section of one, all you can do is create your own agenda. And what I think I have demonstrated is that anybody can carve out a place for themselves as a patron of local arts, no matter what their tastes. There is enough going on that you can find plenty of art that is perfectly suited to your palate, and there is enough going on that you can regularly challenge yourself with work that is new to you. That is an enormous opportunity, and one that few places can boast.

The best part of working at MinnPost was that I was not expected to be a disconnected observer to the arts scene I reported on. Artists have always been my friends, and I would not want to distance myself from those friendships because my column demanded it. We arts writers cannot offer anything resembling objectivity anyway. At least, thanks to my close relationships with many local artists, I could provide a hint of an insider’s perspective. Like a lot of people who make art, I am fascinated by the process of making art, and I hope I have been able to share the sense that there is a lot that goes on behind the scenes that is extraordinarily interesting.

So, with that, I’ll take my hat and go. Next time I see you, it will be in Hollywood. 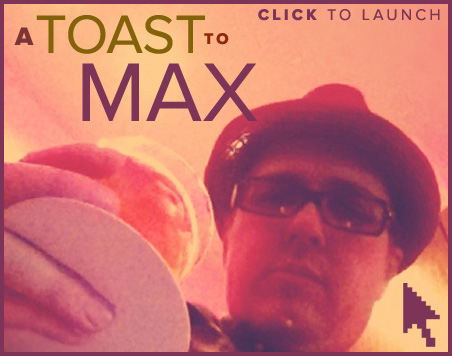