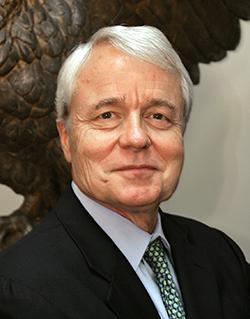 On the surface, they couldn’t seem more different. One was an ‘aging hippie’ from New Jersey who wore a pony tail and white beard – and always dressed in black. The other was silver-haired and patrician with a soft Carolina drawl.

Chances are you didn’t know either of their names. It’s more likely that you knew them by their work — and, because they were newspaper guys, chances are they would have preferred it that way. Their crowning achievements in journalism were at opposite ends of a never-ending struggle to find the right balance between giving readers what they want, and giving them what they need.

We lost both of them in the past week, and they’re not making any more like that. American journalism is poorer for it.

Vincent “Vinnie” Musetto worked for the New York Post for four decades, but was famous for five words he wrote on deadline. “HEADLESS BODY IN TOPLESS BAR” dominated the front page on April 15, 1983.  He died Tuesday in the Bronx at age 74.

John S. Carroll was above all dedicated to the craft of meticulous investigative reporting, and he seemed to win Pulitzer prizes wherever he went — including 13 in the five years he spent as editor of the Los Angeles Times.

I was an editor on the Times foreign desk during Carroll’s tenure. I didn’t know Musetto, but anyone who lived in New York in the mid-1980s, as I did, recognized its endless possibilities for chaos, which he managed to capture in those five words. The homeless camping on grates in Manhattan sidewalks, trying to keep warm. Subway cars all but disappearing under graffiti. Sensational crimes. Wall Street unchained. It really was “The Bonfire of the Vanities.”

Scholars dissected the headline to explain its power. Musetto was a guest on the Letterman show.

There was little possibility of chaos overtaking The Times when Carroll strolled its third-floor newsroom, even though – like most big-city newsrooms then — it was a mess: Desks piled head-high with papers and books; dust, food and coffee stains, and abysmal 1970s-era office design.

(Years later, Helen Mirren visited to research a movie, and as she eyed the same green-and-purple striped carpeting Carroll had walked, I heard her remark to one of the paper’s senior editors: “So you’re one of the people who’s been here longer than this carpet.” And when a broken water pipe in the men’s room flooded that carpet in the business and foreign sections, one of my colleagues noted the high-water mark on the bottom edge of a file cabinet, where it stayed for years. But Hillary Rodham Clinton also stood on that carpet as she toured the newsroom during her run for president in 2008. Such was — or is — the power of the press.)

Carroll took a huge – and hugely talented (although sometimes undisciplined) — staff that had been rattled by a business scandal and sale of the paper by the Chandler family to Tribune Co. of Chicago, and got it headed in more-or-less the same direction. 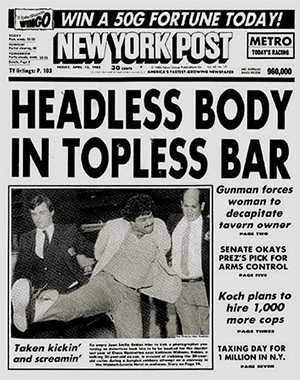 The photos that ran with his obituary this week often showed him at a newsroom celebration for yet another Pulitzer prize. My mental picture is of him standing with his hands in his pockets, a bemused half-smile on his face, listening. His managing editor, Dean Baquet (now executive editor of the New York Times), bounced around the newsroom, launching into another story idea with a “Wouldn’t it be cool if we …”

The two essentially had been given the keys to a racecar, and they wanted to see how fast it would go. One of the more common criticisms of their tenure now is that they didn’t pay enough attention to how the Internet was changing the news business. And in retrospect, it does seem that the racecar turned out to be a ’69 Camaro. It was already obsolete, but the ride was a blast.

Carroll was also criticized for being too focused on journalism prizes. He was famous for sending stories back multiple times for re-editing, exhausting reporters and editors — who nonetheless usually concluded that the final product was better. Even nomination letters went through numerous drafts.

The paper’s reporting embarrassed Arnold Schwarzenegger in the final days of his campaign for governor with evidence that he had groped women. It took on local sacred cows — in particular a woefully underperforming medical center — in stories that led to its closing and won the paper the Pulitzer for public service.

Baquet acknowledged in a recent interview with Der Spiegel that major U.S. media — including the LA Times when he was there — weren’t aggressive enough in questioning the Bush administration’s rationale for going to war in Iraq. But it threw millions of dollars into covering the Iraq war and subsequent occupation.

In the end, Musetto and Carroll weren’t really so far apart as practitioners of their craft. One of The Times’ Pulitzer Prizes went to its auto writer for offbeat and highly entertaining car reviews — stuff people might not need, but they sure wanted to read.

After all those drafts of major enterprise stories, it was often John Carroll in the office on the day of publication, reviewing the final draft and writing the headline himself rather than leaving that to a copy editor. Just like Musetto, he knew the power of a few stark words in bold type to draw readers into a story.

Finally, for all their talent, neither was immune to the economic troubles that have upended traditional American journalism.

Later in his career, Musetto wrote film reviews for the Post, but those eventually were cut as the paper reduced its budget. At The Times, Tribune Co. was ordering budget cuts even as the paper celebrated winning five Pulitzers in a single year. Carroll left a year later, in 2005.

So it’s good to recall these words from Carroll, reflecting on his tenure at The Times: “On the surface, it’s about cuts. But it’s also about aspirations for the paper and for journalism itself.”