Several months ago, I was tipped to a skirmish on the edges of the local media universe. A liberal activist in St. Louis Park named Terry Burke, who’s associated with a group known as Minnesota Committee in Solidarity with the Syrian People, was pointing fingers at an obscure, web­-only “news organization” called MintPress, accusing it of a persistent anti-­Israel, pro­-Syrian-dictator Bashar al­ Assad slant to its coverage, and challenging someone to find out where the organization’s money was coming from.

All this was very tantalizing in a fringy sort of way. But a problem quickly developed with regard to hearing out each side. While Burke was both accessible and forthcoming with a font of suspicious-­to-­damning details of MintPress’ editorial functions, MintPress was not only inaccessible by e­mails (which weren’t returned) and telephone (which was no longer connected) but even physically, as I found out on a fruitless three­-hour search mission for their Plymouth offices. Pursuit of comment from MintPress’ early and long-­since departed staff have proven equally unsatisfying.

The feud between Burke and MintPress’ founder, CEO and editor in chief, Mnar Muhawesh, flared again this week when ​the latter responded to Burke in the pages of the Star Tribune​, accusing Burke of “a wealth of inaccuracies” in​ an earlier commentary.

Burke had written that, “With the explosion of alternative Internet news sites, considerable misinformation has been circulated about Syria. While there are many reputable alternative news sites, some function as an unrecognized force for Assad. They never publish the international human ­rights organizations’ reports about the regime’s crimes. Instead, they post interviews with Assad, polls that claim most Syrians support him, articles on rebel or ISIL abuses, and stories that blame the U.S. for Syria’s uprising. Sample pro-­Assad headlines: ‘Why Syrians Support Bashar al Assad,’ ‘81% of Syrians Believe U.S. is to Blame for Isis,’ ‘Letter from a Pro­Assad Syrian Resident of California.’ Who are these sites? Mint Press, Info Wars, the Anti­Media, Shadowproof, Media Roots, Counter Current News, SouthFront and Zero Hedge are among the alternative ‘news’ organizations that provide no information on how they are funded or the names of a board.”

Replied Muhawesh: “Much of our funding, like funding for many of the sites Burke named, comes from donations, sponsorships, grants and ad revenue. There’s no secret about who is behind MintPress. Our staff, correspondents, business model and syndication partners are listed on our website.” 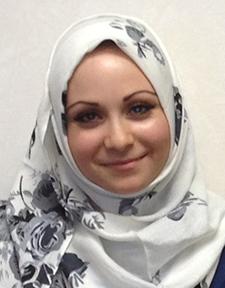 While the MintPress site does indeed list 20 writers and a mission statement, there is nothing there that speaks to where the money is coming from to pay any of these people, the majority of whom are far-flung activist bloggers and none of whom were part of the group filling the operation’s Plymouth office four years ago.

Recall that when MintPress first appeared on the local radar in 2011, it caught the attention of ​David Brauer here at MinnPost.​ A start­up for-­profit news organization actually hiring reporters and paying them? Stop the presses!

But from the start there was a clear focus on Israel and ways that “American imperialism” was abetting the humiliation and slaughter of innocent Arabs. (Ms. Muhawesh and her family are Palestinian.) In other words, a significantly different mix of focal points.

Not that there’s anything wrong with that. A truly free press encourages the widest possible range of voices, and Israeli and American administrations have plenty to be held accountable for. But a steady run of stories sympathetic to Assad, at least in the context of Western powers committed to “regime change” by any and all means possible, is something else again.

To date, MintPress’ sole moment in the national/international spotlight was a public relations disaster. It involved a hair­-on-­fire scoop, namely that it was the anti-­Assad rebels who had inflicted chemical weapons on Syrian civilians, not Assad’s military.

Unfortunately for MintPress, the blockbuster imploded almost immediately. The by­lined reporter, Dale Gavlak, demanded her name be removed from the story. She asserted that it was actually written by an unnamed Syrian colleague and was never verified, which the ​Strib’s Jon Tevlin reported in 2013. (Tevlin also contacted Muhawesh’s father­-in-­law, a local business man/adjunct professor at St. Thomas who denied being the money behind MintPress.)

Though MintPress could be considered another relatively obscure website with its own particular/peculiar agenda, it has gained a profile in the Twin Cities due to Muhawesh’s energetic self-­promotion. Campuses like Augsburg have brought her in to speak on the question of balance in coverage of the Middle East. A spokeswoman at Augsburg said they knew little more about Muhawesh than that she is the publisher of MintPress, a site sympathetic to Arab issues.

Muhawesh even managed to roll MinnPost into her publicity mill. When Watergate legend Carl Bernstein gave a speech in Minneapolis this past spring as part of the Westminster Town Hall Forum, he lauded the work of non­profit news organizations like, “MinnPress,” which Muhawesh immediately seized on and hyped as a nod to her organization. A check with Bernstein’s people in New York quickly determined that what he meant to say was … MinnPost.

Unfortunately, Ms. Muhawesh’s ​publicity seeking ​has its limits. Repeated attempts to contact her through e­mail, phone and in person produced nothing. Phone numbers on MintPress’s website are no longer functioning and the addresses (plural) listed as their offices in Plymouth haven’t been valid in well over a year. One, with a suite number that no one in adjacent businesses could locate, was actually listed as the office of a medical device company, which itself has long been out of business.

But clearly, MintPress is still in business. New stories appear every day. At the moment, much attention is being paid to the heinous assault of a Somali-American woman at a north metro Applebee’s restaurant.

To be sure, there are no laws against suggesting that Bashar al­ Assad, who MintPress concedes is a thug, has been made ultra bad by American (and British) imperialism. Nor are there any requirements that MintPress disclose who pays to keep its lights on.

But with Burke and MintPress taking their fight to the pages of the major media, you’d think MintPress would get smart and seize the opportunity to introduce itself to the wider public. But that would involve significantly more transparency than they have offered to date.

The mystery of MintPress News