MPR announced Wednesday that its pop music service, The Current, was expanding into Duluth, using the FM signal at 90.9. At first glance, this would seem to spell gloom if not doom for KUMD-­FM (103.3) the great frosty north’s venerable (59 years and counting) home for eclectic, commercial-free pop music.

But, says Vicki Jacoba, GM of the University of Minnesota Duluth campus­-based station that survives on a membership that’s less than a tenth of The Current’s: “I just don’t see it as some kind of David and Goliath thing. Or at least not who you think is David and who’s Goliath.”

The Current’s program director, Jim McGuinn, was predictably upbeat about the expansion, as Duluth was the last large market on that side of the state not receiving his station’s signal.

“Every time I’ve been in Duluth,” he says, “The first second and third questions I get are: ‘Why can’t I get the Current in Duluth?’ ‘When will you come up here?’ and ‘How can I help get you to Duluth’?”

The “how” part that made The Current-to-Duluth inevitable, at least to Jacoba, was when MPR bought up the 90.9 signal from a religious broadcaster, Family Stations, Inc.

“We always said, ‘It’s going to happen. They will be coming up here, sooner or later,’” she said, without any of the aforementioned gloom.

The main reason she remains upbeat is that while KUMD operates off a 95,000-­watt signal, The Current’s power at 90.9 will be in the 250­-watt range, and that’s up from 90 watts from when the religious folks were running it. (For those with HD radios, The Current will also be available via 100.5 HD2.)

Jacoba isn’t sure, but she has doubts The Current will reach over either the Bong or Blatnik bridges into Superior. McGuinn says he doesn’t care to guess on the range of the signal. 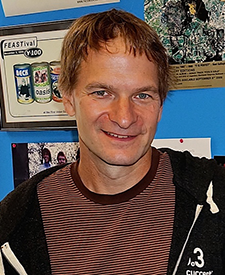 What’s important for McGuinn is that The Current now has a bona fide presence in Duluth proper. Combined with developing an as yet untitled weekend show (“probably before or after our [6 to 8 p.m.] Twin Cities local music show,” said McGuinn), hosted from Duluth by an actual Duluthian, The Current has a platform to ingratiate itself further with both Duluth pop music fans and musicians.

For her part, Jacoba has only pleasant things to say about what many might see as a 1,000-pound gorilla dropping into her clientele and fund­raising base.

“I don’t think of it as cutthroat,” she said. “I really don’t. Sure, it’s competition. But as I say, we knew it was coming and what I’ve told my staff is we have to use this to get better at what we do, which is being Duluth’s radio station. ‘Local’ is everything to us and we’ll have to be even more ‘local’ now. The Current is a fine station, and yes they’re MPR and they have a lot of money, but they’ll still be there, in The Cities, and we’ll be here just like we’ve been for 59 years.

“And we have 80-­mile coverage with our signal.” 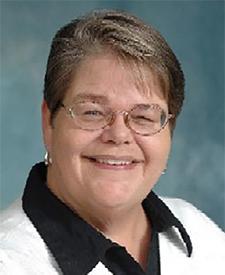 For those of you who aren’t familiar with KUMD, let me say, on an entirely personal note, that I listen quite a lot while going about chores at The Work Farm, aka the cabin in the woods south of Superior. With syndicated shows like ​David Dye’s “World Cafe” ​(smart, savvy interviewing of prominent artists), local stuff like John Bushey’s ​“Highway 61 Revisited”​ Dylan­fest, and a few truly wonderfully weird unexpected picks from student jocks through the night, the vibe is alternately that of a somewhat older­-focused, more unpredictable Current. More Dylan and less Titus Andronicus.

Jacoba says “tightening up” the student section of KUMD’s airtime will be a primary task (though the dead air when one of the dude/jocks lingers too long in the break room or john is funny the first couple times it happens.)

Revving up for a quotable quote, McGuinn says, “KUMD is a great, eclectic, community­ focused radio station that has long served the Duluth market. I look forward to complementing what they do.”

Perhaps American Public Media Group CEO Jon McTaggart would like to buy an annual, recurring KUMD membership? Just, you know, in the spirit of fellowship?

Elsewhere in radio, The Patriot AM-1280, which I suspect has very limited crossover with The Current and KUMD, is celebrating an anniversary. Says the station: “The Patriot announced today plans for a ‘Birthday Bash’ on Monday, March 21st, at Orchestra Hall from 7:30 p.m. to 9:30 p.m. presented by Lifestyle Financial & Tax. A select amount of VIP dinner tickets will also be available before the show to meet and greet with station hosts Mike Gallagher, Dennis Prager, Michael Medved and Hugh Hewitt.”

Also, Go 96, the Pohlads’ Current-fighting pop music station, is out with a — thank you — reasonably ­priced night of tunes at the Skyway Theatre with its “New Music Showcase.” Says the blurb from the station: “The amazing lineup including Family of the Year, New Beat Fund, Transviolet and Ben Hazlewood, combined with the intimate surroundings of Studio B at the Skyway Theatre … . Tickets will go on sale Friday January 22​nd​ at 10:00 a.m. online at​ go963mn.com​ and ​skywaytheatre.com​, or in person at the Skyway Theatre box office. All ticket prices are $9.63 plus applicable fees.” That, by the way, will barely cover the price of a cup of water at Adele’s shows next summer.

Finally, another “Making a Murderer” item for those of you obsessed with the case. Defense attorney Dean Strang has been giving a number of interviews in the wake of the show’s Netflix success.

In t​his podcast/interview​, Strang is asked what he regards as the single most compelling piece of evidence in Steven Avery’s favor? He responds saying it is the fact, as he sees it, that Teresa Halbach’s cremated remains were moved “closer to Avery, something no criminal would do” after being incinerated in some container capable of producing far more heat than an open pit fire.

Also, based on his years in the criminal defense game, Strang remains struck by the fact that despite having all his phone conversations recorded for 18 months, Avery — not the wiliest of bulbs — never once came even close to suggesting anything other than his innocence and his complete unawareness of how Teresa Halbach died. That, says Strang, is unusual for someone both incarcerated and guilty.

On the other hand, when asked about the “sweat DNA” on the hood latch of Halbach’s car, Strang emphasizes first that there is no such thing as “sweat DNA,” that what experts are really talking about is the ​absence of blood DNA​. But then, asked how ​any type​ of Avery’s DNA might have gotten on the latch, offers the opinion that forensic experts in latex gloves examining Avery’s blood found inside the vehicle may have inadvertently transferred his DNA ­­​​­­to the latch.

What the Current’s move into Duluth means for KUMD