As a nefarious media strategy, the drop of the Democratic National Committee’s e­mails the day before its convention opened in Philadelphia doesn’t seem to have played out the way the perpetrators intended. Chairman Debbie Wasserman Schultz may have been given the boot, but as far as general press coverage went, attention (very) quickly turned away from the DNC and to the likely involvement of Russia and Vladimir Putin — and then to Donald Trump and whatever connections he may have to Russian money.

It was a moment to call Nick Hayes, professor of history and holder of the university chair in critical thinking at St. John’s University in Collegeville. A familiar, respected voice on things Russian for over 30 years, Hayes has a talent for bringing coherence to sprawling stories clotted with byzantine Russian politics. (Here is Hayes in particularly cogent form last spring on MPR.)

At the bottom line, Hayes is among those who find the episode just a bit too clumsy for direct involvement from a character as wily as Putin himself. “But there’s no question whoever did it wanted us to know they are capable of such a hack. Although it was done clumsily, they wanted it out there so we could see that they can do this.

“In some ways it has the hallmarks of a Putin strategy,” said Hayes. “He sometimes likes us to see the choices he makes, as in Crimea where he let the world know he deliberately chose to use force, letting everyone know that he can do as he pleases. He tried the same tactic in Ukraine though, and that didn’t go quite as well.”

Similarly, Putin’s antipathy toward Hillary Clinton is not exactly a state secret. “The Politico story a couple days ago (by Michael Crowley and Julia Ioffe), gives I think a very good picture of the animus Putin has for Clinton, relating back her accusing him of rigging the 2011 elections in Russia. This e­mail dump, [through WikiLeaks], could be seen as his payback for what he sees as her interference in his domestic politics. It’s like saying, ‘You say we rig elections. But we can see what you’ve been doing.’”

“It’s also no secret that Clinton, as Secretary of State, made a push for [Dimitry] Medvedev to remain as President, rather than Putin returning. She saw Medvedev as the better option.”

Hayes is more skeptical though about Putin directly calling the play, pointing out that in modern Russia there are competing intelligence agencies and other entrenched bureaucratic entities eager to please Putin by embarrassing an adversary like Clinton. Like committed careerists everywhere, they don’t need to be told what makes the boss happy. 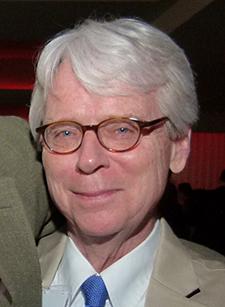 As for the Trump connection, “Even though Trump often speaks flatteringly about Putin, Putin doesn’t need Trump’s praise and compliments.”

Like others, Hayes is less interested in what investments and deals Trump has going down in Russia than what investments Russia/Russians have made in Trump, cautioning that just because Russian oligarch money flowed to Trump in some form isn’t the same as saying the Russian state had a hand in the deal(s). (Here’s another Crowley piece on the one Russian transaction Trump alluded to in his recent press conference.)

“I’ve long thought it odd that Trump, who has wanted access to the Russian market, in the form real estate development deals in Moscow, has never been able to make that happen, despite literally years of trying. That’s curious to me.”

But, he says, “I think the media may be guilty of exaggerating the Russian role in this incident. It may well be nothing more serious than Russia meddling, and doing so in a clumsy fairly obvious way. Putin has animosity toward Clinton and whatever he may think of Trump personally, Trump makes him look good.

Is the media exaggerating Putin’s role in the DNC email hack?