This is for fans of Great Understatements: The 2016 campaign season has not been a good one for traditional journalists.

Never mind Matt Lauer, the morning-chat-show host trying to play serious interrogator on an aircraft carrier. Even The New York Times has been getting hammered (and again) for overplaying the equivalency card and underreporting the fundamentals of one candidate’s rationale for the Oval Office, to the point its editor has said he’d risk going to jail to publish Donald Trump’s tax returns.

The difficulty in adequately covering the presidential race has much to do with applying traditional journalistic good manners to “nontraditional” candidates. At least that’s the most common explanation. Which gives WCCO­-TV here in Minnesota an excuse and an opportunity to reimagine and reinvigorate the rather hidebound format of weekly political/public interest shows.

Technically, as news director Mike Caputa explains it, the show is merely a temporary repurposing of the second half hour of news ’CCO has been airing for several months now. Moreover, the show isn’t likely to survive much past Election Day in November, not that he’s entirely ruling out keeping it on the air. (Here are links to the first, second and third parts of the first episode.)

Caputa didn’t want to get drawn into a conversation over whether the point of the nine­-week run is mainly to offer a venue into which the sales department can pack political advertising.

He preferred instead to accentuate the bona fides of his two hosts, which are not in question. Kessler and Murphy know what they’re talking about. But the more interesting conversation is whether local television is finally prepared to acknowledge the evolution in tone and style at play in the latest iterations of political chat and punditry shows.

Kessler, arguably the dean of Minnesota’s political reporters, admits to being a fan of “With All Due Respect,” the daily Bloomberg TV hour starring Mark Halperin and John Heilemann. The format there being an unabashed rip­off of ESPN’s sports show, “Pardon the Interruption.”

More to the point, the Halperin­-Heilemann model, built around two extraordinarily well-sourced reporter/writers (the duo wrote the best-selling chronicle of the 2008 presidential campaign, “Game Change,” and its 2012 follow-up, “Double Down”) is fast­-paced, informal, irreverent and expressive of an attitude that politics is a game full of theater, optics, misdirection, “strategery” and BS, all of which gives reporters license to say as much in response. (Not that “With All Due Respect” doesn’t have its haters.)

“The idea came from our GM [Ann Ouellette] and [Caputa],” said Kessler before the show debuted. “They came to me because we’ve been talking about it for many years. But this time they asked, ‘What do you think?’ and I said ‘Great, let’s do it.’ And yeah, we’re hoping to do it a little different than it has been done around here before.” 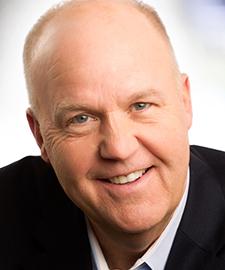 The models for the way it “has been done” are TPT’s venerable “Almanac” with Eric Eskola and Cathy Wurzer; KSTP­-TV’s “At Issue” with Tom Hauser and Murphy’s Sunday morning show, on ‘CCO. All cover a wider breadth of topics than just politics, and “Almanac” makes a habit of injecting lighter bits to leaven the talking points wonkery of state officials. But none has exactly experimented with the form.

“We don’t do a lot of shtick,” says Hauser. “We’ve got bits like ‘Capitol Greatest Hits’ and ‘Quote of the Week’ and we do truth tests on political ads. But otherwise, as the half hour it is now, we want to be careful to cover the important issues.”

The conversation should be about peeling away message-­speak, freely expressing doubt at specific statements and demanding facts. The value of so many of these shows as they are formatted is diminished by the predictable, droning talking points of public officials and civic leaders challenged by only the most genteel rebukes for vagueness, inaccuracy or, heaven forbid, “lying.”

No one doubts an audience exists for courteous civil discourse, just as no one should doubt an audience for something a bit sharper and fresher.

The first Kessler-­Murphy “Campaign 2016” featured an in­-studio chat with Sixth District Rep. Tom Emmer, a facile character and former talk-radio host who’s well­-equipped for a little political jujitsu. The bulk of the seven minute interview was given over to his defense of Trump’s apparatus here in Minnesota and his view of the economy (hint: terrible), vis a vis the number of start­up businesses and community banks. It was stump speech stuff gotten lost in the deep weeds, to the point that when he started quoting “the Kauffman Index,” Kessler cracked: “My head’s about to explode.” 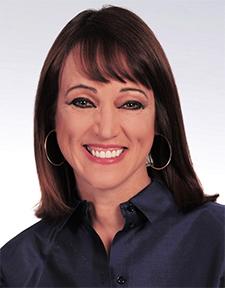 Exactly. A litmus test for new vs. old school political chat is the willingness of the host to cut off the guest and say something like, “You’ve completely lost me here.” Or, “That wasn’t my question.”

Or even: “I’m sorry, but that isn’t remotely true.”

For her part, Murphy, the more intense presence of the ‘CCO duo, says she too is jazzed for a shot at doing something she lives and breathes, outside of the Sunday morning hibernaculum. “I think Pat and I work well together,” she says. “We share a cubicle in the newsroom and we talk and argue about this stuff all the time,” adding that she’s entirely comfortable kicking stuff back and forth with him and him alone on air as opposed to requiring the presence of “an expert” to accredit the conversation.

And in fact, the first show’s best moments — Kessler jokingly promises it’ll get better every week — was the third segment when the two alone broke down, graded and commented on political ads, one that national Democrats are running against Eric Paulsen in the Third District and another that Republicans are running against Rick Nolan up in the Eighth Congressional District. (Neither got good marks for their factual qualities.)

With 30-­plus years of experience each, Kessler and Murphy don’t need an “expert” to help them talk politics. What they do need is the power to play judge and jury on the guests who appear on the show to reinvigorate a format that on a local level has turned hoary and kind of gray.

If they could lead that kind of evolution, ‘CCO would be providing a bona fide public service to run “Campaign 2016” indefinitely — or at least bring it back for the legislative session.