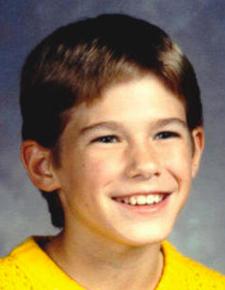 Even on an ordinary story, when one reporter beats another by a minute or an hour, high-fives, end zone dances and attaboys seem kind of silly. Bit silly escalates to unseemly on a story like the discovery of Jacob Wetterling’s remains.

So let the record show that the Twin Cities’ reporting corps conducted itself with appropriate professional solemnity in its handling of the blockbuster story. Over the long Labor Day weekend, from the discovery and identification of Wetterling’s remains on Friday evening all the way through the Tuesday court appearance of his confessed killer, Danny Heinrich, reporters and editors avoided any chest thumping over who got what first.

“It’s just not something I want to get into an argument over,” says WCCO-­TV news director Mike Caputa. “That sort of thing is completely out of place on a story like this.”

Veteran WCCO reporter Bill Hudson, who first covered the Wetterling abduction as a newbie 27 years ago, agrees. “There’s just nothing to celebrate here.”

That said, Caputa did send out a note to his staff thanking Hudson, veteran reporter Esme Murphy and relative newcomer Jennifer Mayerle for their work on the story which was, it can be said now, a step ahead of everyone else in town. This despite KSTP­-TV, led by Tom Hauser and Executive Producer for Investigations and Special Projects Paul McEnroe, getting credit for being first by virtue of breaking the news on KSTP-TV’s 6 a.m. news show that Saturday. (Murphy and Mayerle did not respond to requests for comment.)

According to people at ’CCO, reporter Mayerle received a tip (“The Golden Tip,” said Hudson) from a source in the early afternoon of Thursday, Sept. 1, indicating that Heinrich had led authorities to a site in Stearns County where an excavation had taken place the day before. Needing (a lot more) information, the trio began contacting other sources until authorities in charge finally confirmed the story, even while emphasizing the delicate situation they were in with Heinrich until they actually had the remains and, ideally, a confession. Those sources pleaded with/demanded that ‘CCO embargo the story until they had their case nailed down.

Digging Wednesday had turned up a T­-shirt and bones, but it was later determined the bones were those of an animal. Excavation resumed Friday, but the activity was so low-key that Hudson, who drove up to Stearns County in search of the site, drove right past the digging without realizing its significance. Police vehicles and such had been parked out of view. (Hudson returned to the site Saturday morning and tucked himself under a tree, he says, to avoid giving away the location to helicopters on the hunt for the precise spot.)

Hudson says the plan Friday, post-­tip, was to station reporters at the federal courthouse in expectation that without advance warning Heinrich would be brought in to change his plea. “One interesting side note here,” says Hudson, is that Judge [John] Tunheim was vacationing in Prague and flew back to be in court if Heinrich made an appearance.” Heinrich’s court appearance was canceled when the bones were identified as animal remains and digging resumed.

Even without the identified remains and a confession, Caputa believed ‘CCO had enough to begin assembling a handful of packages for Friday evening reporting significant movement in the case. Anchors Frank Vascellaro and Amelia Santaniello were brought back into the station from their State Fair duties to front reports planned for the 5 and 6 p.m. newscasts, assuming the embargo would be lifted.

“The FBI convinced us not to go with it at 5 as we planned,” says Caputa, “because they still didn’t have a body.” The legitimate fear was that Heinrich or his attorneys would clam up completely if circus­-style coverage commenced before anything like conclusive evidence was in hand. And as prosecutors involved have pointed out, while Heinrich’s knowledge of the site of the remains was one thing, a detailed confession was something else entirely.

WCCO narrowly missed its 5 /6 p.m. window Friday. In fact, it was at 6:20 p.m. Friday when the discovery was made of both human remains and the jacket with Wetterling’s name on it. “A lot changed from 5 to midnight,” says Caputa.

A source tipped KSTP’s Tom Hauser’s to the news of the identification a few hours later. “My tip came out of the blue at 9:50 Friday,” says Hauser. “But over the years there have been so many of these things, with all sorts of crazy stuff about the Wetterling case that I didn’t give it much credence at first, even though the tip was that remains had been found and they were checking to see if it was Jacob.”

“The person who told me admitted they weren’t 100 percent certain.” 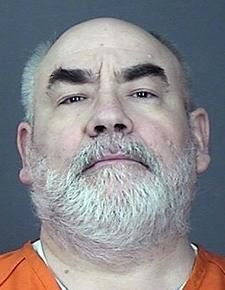 Hauser’s first call was to the KSTP-TV assignment desk, asking if they were seeing anything on Twitter or anywhere suggesting something was up. But the only thing Wetterling-­related was desultory chatter about APM reports’ podcast on the case.

Hauser’s next move was to the ultimate source, Patty Wetterling herself. Hauser says he’s spoken with Wetterling “many times over the years,” and enjoys a good relationship. But this time was different.

“I began by identifying myself and apologized for calling so late and then explained what we were being told,” he said. “And she said nothing. She … just … hung … up. It wasn’t like she was being rude. But she just hung up. And this as we all know is someone who has been extraordinarily gracious with her time over the years. At that point I knew we were on to something. With that we knew something was definitely happening.”

With that, the sirens went off at KSTP. Every available body was called back in, ​as McEnroe talked about in a previous column. “Nobody asked us to embargo anything,” says Hauser. “When you get into the embargoing news business you’re in tricky territory. News has an ‘air-­by’ date. If we had the story ‘CCO says they had, I’m virtually certain we would have broken into live programming.”

Somewhere in that late-Friday time period, said Hudson, WCCO got a call tipping them that KSTP was also on to the story. But at that point, KSTP was only beginning to assemble the sort of packages ‘CCO had already spent a day and half preparing. And now it was the middle of the night on a holiday weekend. For all intents and purposes, there was no one to tell the story to. Not until 6 a.m. — when KSTP went live with the news.

Asked if he considered going with his package of stories earlier than WCCO-TV’s 8 a.m. Saturday newscast knowing that KSTP was on to it, Caputa said: “Not really. The decision was to go with it at 8 on regularly scheduled news. We’re OK with that. We didn’t know what KSTP had.”

As to relative newcomer Mayerle getting “The Golden Tip”: “Well, I told her in a place where we’ve got the [Pat] Kesslers and [Esme] Murphys,” said Caputa, “she showed she has what it takes to be a major resource for us.”