Though it makes her cry, Carol Kline can’t help but rewind the tape and consider all that has happened to her 7-year-old son, Drew.

There was a time when he could not engage socially with other kids. At his New Hope preschool, he hung out on the periphery while others played. In groups, he paid no attention and disrupted planned activities by rolling, kicking, rocking and pushing. He was an extremely picky eater, and avoided anything wet or messy. Transitions and mealtimes would trigger meltdowns, and he would be carried kicking and screaming from the room.

His mom and dad, exhausted from the repeat performances, would be called to the school to take him home.

“Nobody wants to see their child struggle,” said Kline. “You want to have a baby, and they’re going to be perfect, and go through life easy-breezy. Right?”

It wouldn’t be easy-breezy for Drew or his parents. But help did come when a mental-health outreach professional from St. David’s Center in Minnetonka noticed Drew during a visit to his preschool. An assessment found, among other things, that Drew had sensory processing disorder, a condition that makes it difficult to organize and act appropriately on input from sight, sound, touch, taste, smells and movement. The effect is to create “a neurological traffic jam.” Without treatment, the disorder can result in social ostracization, school failure, depression and anxiety.

Once he’d been diagnosed, Kline began to understand her son on a deeper level. “Picture him sitting down to eat a meal [at school],” she said. “First of all, you’re asked to come — and there’s the commotion of all the kids. Now you’ve got the cart being wheeled down with the food on it, and that’s making noise. Now you have the smell of the food. Then they dish it up, and it’s in front of you.” This is the point, she said, at which Drew would “look at his food, and push himself back.”

She realized that what he’d been experiencing was nothing short of back-to-back anxiety attacks during the most ordinary events. “I was in tears when I realized that Drew had anxiety at age 3,” she said. “No kid should be struggling, let alone at such a young age.”

But Carol Kline is as strong-willed as she is tender-hearted, and if there was anything she and her husband, Andy, could do for their son, they would do it.

With St. David’s, a yearlong, twice-weekly occupational and individual therapy plan was developed to help Drew process and modulate sensory information, improve gross and fine motor skills, play cooperatively and quietly with his peers, transition successfully between activities and sit quietly during group time. The therapy “looked like play,” Kline said, involving such activities as swinging on a hammock while tossing a ball into a basket, balancing on one foot, and walking down a short flight of stairs alternating his feet without support. The goal was to challenge in such a way that he could succeed.

The therapy took place right in the preschool. “They came to us, we didn’t have to go to them,” Kline said. And both parents and the teacher participated.

The transformation was almost immediate, Kline said. She and Andy were stunned when Drew was able to sit at the dinner table through an entire meal and eat his food. “We looked at each other and wondered, who is this kid?”

The multidisciplinary approach, one that combines occupational, mental-health and speech therapy, is a hallmark of the care that St. David’s has developed over 50 years of serving children and families — not just in Minnetonka but throughout the metro area.

Programming that now serves 2,200 a year includes an on-site preschool and day treatment programs; outreach to foster families, preschools and elementary schools, and other community-based support, such as the new Autism Day Treatment Program for Somali children at Children’s Choice Center in Northeast Minneapolis. In addition to autism and sensory disorders, therapy and treatment is offered for ADHD, speech and language delays and behavioral and emotional disorders. 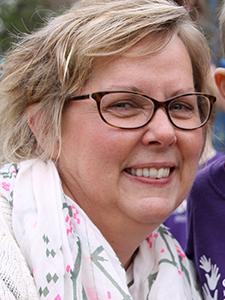 Whether tackling a mental-health or neurodevelopmental issue, the idea is to use the broadest possible lens when looking at a child, said Stephanie Combey, senior director of children’s mental health at St. David’s. “What we’re trying to understand is not just what’s being presented but what’s underneath all of that,” she said. “So sometimes you can have a child who has sensory needs, but it ends up looking like behavior problems.”

Translating that for the adults in a child’s life is the next challenge. A different approach does not necessarily mean that you are “letting a kid get away with something,” Combey said.

“Say for example there’s a group of kids in a circle, and they’re supposed to be listening to the teacher. For that child [with a sensory issue], the act of sitting in the circle may be too overwhelming — there may be too many kids in their space, too much to attend to. So then they start to refuse to sit in the circle and that makes them look like they’re oppositional and not able to participate. When in reality what they might need is to sit right outside the circle or sit in a seat that is supportive of them and feel contained within that seat.”

Ultimately, the goal is to help a child “gain mastery over whatever is making them feel really upset or disregulated, so they can cope with that differently.”

“It really has been a year full of good news,” said Executive Director Julie Sjordal. “When you work really hard to further your reach as an organization, and you know you’re doing the right thing … it’s just exhilarating.”

The work is close to Sjordal’s heart. She grew up in Minnetonka, and St. David’s was there for her family when her sister was born. “My little sister, who’s now in her mid-40s, has Down syndrome. My parents had the great blessing of living in this community when she was born. And 46 years ago, there weren’t many, if any, other organizations that provided early intervention services for kids with disabilities. My parents were told they should institutionalize my baby sister. And they said, nope, we’re going to raise her and we’re going to love her. Somebody told them about St. David’s, and my mom called and was met with the kind of compassion and partnership that is in our bones here; it’s in our DNA.”

Sjordal, who started as a home visitor, has been with the organization now for 25 years. “I knew I had landed well,” she said, “ but I never dreamed I’d be here for 25 years and [eventually] be leading the organization. As every year passes, I am more compelled to stay in this work. I think it’s the most important work in the world. What’s more important than your children? And we’re alongside families in these most formative years.”

It’s wonderful, she said, “to be part of something so fundamentally human — where research is emerging every day telling us that early intervention is not only making a difference in the life of the child in front of us, it’s also a public health issue.”

As for Drew, he is finishing first grade at the top of his game: He plays soccer and placed sixth out of 58 kids in his chess club at the School of Engineering and Arts in Golden Valley. As a class project, he designed a water bottle filter. And he’s taking “Kid Fu” classes at a community center, where he mentors his younger brother and happily engages with others.

As well, he’s entertaining and at his ease with a reporter, mugging for the camera on the lunchroom stage and telling family secrets: “My cousin once paid my mom $10 to eat a pickle. She hates pickles.”

His mother says she can’t wait to see what he will become. And she credits St. David’s for the fact that he has a bright future.

“I’m so thankful for what they’ve done for us. I hope they’re around forever for the kids who need them,” Kline said. “I just wish that parents, if you know your child is struggling, do them a favor: Get them the help they need and don’t get stuck on the ‘mental health’ word. I don’t hide what my kids have. I’m very open about it. It’s actually opened doors for me. I’ve been able to connect with people at work, and you learn so much more. You find out you’re not alone. And you find out your child is not alone.”

St. David’s and the boy who wouldn’t play: A tale of transformation