In 1989, when P.E.A.S.E. Academy was founded in Minneapolis, it was one of the first recovery high schools in the nation. The small charter school — P.E.A.S.E. stands for Peers Enjoying A Sober Education — has been through its ups and downs in its 25 years of existence, but it remains strong at the quarter-century mark, with a small-but-committed staff of eight and an enrollment of 56 students.

“It’s a matter of budget and priorities,” Durchslag said. “School districts and donors just aren’t supporting these programs like they used to.”

Durchslag came to P.E.A.S.E. in 1995 as a social studies teacher. He loved teaching and was drawn to the school in part because of his own personal history of addiction. In 2007, he was promoted to the position of director.

The school, which operated for years as a contract alternative school, parted ways with the Minneapolis School District in 2004, and partnered with Minnesota Transitions Charter Schools. Minnesota Transitions operates eight schools in the Twin Cities. The partnership with Minnesota Transitions has helped keep the school going when others faltered. Since the fall of 1989, P.E.A.S.E. has been located in Dinkytown, in a space rented from University Lutheran Church of Hope. (“They are phenomenal landlords,” Durchslag said. “They are committed to the recovery community.”)

P.E.A.S.E.’s student-enrollment numbers, which generally hover around 70, tend to start low in the fall, Durchslag explained, and then swell as the school year progresses. “Often adolescents facing addiction have a pretty wild summer. Parents hope that going back to school will help straighten things out. Then once these kids get back to school, things start falling apart pretty quickly. That’s when kids start ending up with us at P.E.A.S.E.”

Every year, thousands of Minnesota adolescents go through addiction treatment, Durchslag said. Most of these kids end up back at their old schools, where they fall into bad habits and begin using again. Students often go through multiple cycles of treatment before enrolling at P.E.A.S.E.

“I think there’s some naïveté about the disease of addiction,” Durchslag said. “Parents think their kid will have their 28-day treatment and then they just won’t use anymore. They don’t understand the scope of it. Kids need more than that to stay clean.” 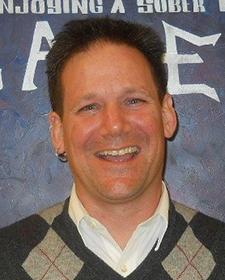 Returning to the school environment that may have fed an adolescent’s addiction in the first place is a risky move, said Scott Washburn, associate director of Augsburg College’s StepUP sober-living program.

“We know from research as well as experience that the No. 1 relapse trigger is the influence of peers,” Washburn said. “If you are sending kids back to their school where the peers are, where the person who they may have got their drugs from is, you are sending them back to a high-risk environment. This is a good argument for why recovery-based based alternative high schools are really needed.”

To ensure recovery, a school environment must be clean. At P.E.A.S.E. and other recovery schools, this means strict rules about drug and alcohol use. Students and parents are often required to sign sobriety agreements, and sanctions for rule breaking are clearly detailed.

At P.E.A.S.E., students are subject to urinalysis tests.

“We’ve been able to build it into our budget, including lab costs,” Durchslag said. “It’s usually done because there are rumors or a parent calls or a teacher notices something.”

While the P.E.A.S.E. program doesn’t take a punitive approach to recovery, staff does strictly enforce sobriety rules. It’s part of creating a safe place for students. “If a student chooses to use, their parents agree that they are choosing to withdraw their student from our school,” Durchslag said. “Abstinence is a requirement. If a student chooses to use, we have to help them find another way to serve their academic needs.”

But the goal at P.E.A.S.E. isn’t simply to keep students sober. It’s to get as many students as possible to graduate and go on to post-secondary education.

“Every student needs to attend a formal sobriety support group with our CD counselor once a week,” Durchslag said. “Then the CD counselor is available throughout the day. And every day they also have daily access to our peer-support team.”

Class sizes are small, maxing out at 20 students. The idea is to maintain a focus on student performance inside and outside the classroom. Durchslag said that on average his school keeps about 70 percent of students clean and sober without a relapse. And to keep hope alive for those 30 percent who do relapse. “Recovery is not always a straight path,” he said. “There are bumps and turns and detours.”

Last year, 76 percent of P.E.A.S.E. Academy graduates applied for post-secondary programs. Not all are bound for four-year colleges. Some go on to vocational schools, others enlist in the military. Durchslag said he is constantly reminded that his students face significant challenges to traditional academic success.

For the last few years, P.E.A.S.E. Academy has been working in partnership with Augsburg College. The college was awarded a grant from the Jackson Leadership Foundation to support students from the college’s StepUP program to act as mentors for P.E.A.S.E. students. Together, they’ve developed a program complete with curriculum that focuses on building leadership skills.

Over the years, several of Durchslag’s graduates have gone on to Augsburg’s StepUP program. “Augsburg is a great option for our graduates,” he says. “Many of our students do end up going to college. They end up being successful there, and that’s a real accomplishment.”

P.E.A.S.E. Academy: 25 years of keeping adolescents in school and off drugs