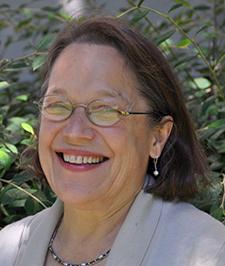 Minnesota faces a significant shortage of mental health workers, especially in rural regions of the state. The shortage of psychiatrists and psychologists in Greater Minnesota has been the stuff of head-shaking legend for some time now: months-long waits — maybe even as long as a year — for appointments; doctors based hundreds of miles from their patients; long-distance therapy done over Skype lines.

“In our surveys, we learned that filling mental health social work positions has been difficult,” said Mary Rosenthal, director of work-force development at HealthForce Minnesota, a collaboration Minnesota State Colleges and Universities institutions with industry partners. “Right now, on average throughout Minnesota it can it can take more than three months to fill a licensed independent clinical social work position.”

Why is it so hard to find social workers? The reasons vary, but many who follow state employment trends believe that it has to do with several key factors, including lower pay for the industry’s highly educated workers, uneven insurance reimbursement rates, and societal perceptions about whether mental illness is a valid medical condition like heart disease or cancer.

Some of these problems are easier to fix than others, but something has to be done: Of Minnesota’s 87 counties, all but 13 have been designated by the federal Health Resources and Services Administration (HRSA) as mental health professional shortage areas.

I’ll take a closer look at each of these issues in the coming months, but this week, I’ll begin by focusing on the pay gap.

It’s all about the numbers

As the group discussed the anemic numbers of available health and substance abuse social workers, Fritsma wondered why Minnesota seemed to have more patients than providers. A survey of available jobs data pointed to a problem: Fritsma saw what she considered to be a social work pay gap.

“It’s a well-known, taken-for-granted fact that mental health workers are fairly low paid,” she said. “Maybe people aren’t going into these professions as much as they should because they don’t pay as well as other jobs that require similar levels of education.”

Department of Employment and Economic Development (DEED) Job Vacancy Survey data for the second quarter of 2015 [xlsx] support Fritsma’s pay-gap theory. The median hourly wage offer for licensed social workers, the majority of whom hold four-year postsecondary degrees, is $22.13 in the seven-county metro area. By comparison, the median hourly wage offer for registered nurses, who also usually hold four-year post-secondary degrees, was $28.59 in the metro area. In Greater Minnesota, pay was lower overall, but the gap was lower, too: $21.67 median hourly wage for licensed social workers and $26.58 for RNs. 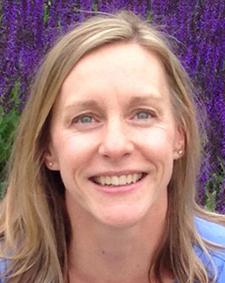 Fritsma knows these aren’t exactly starvation wages, but, she posited, the $13,436.80 annual difference in full-time pay between a Twin Cities RN and a social worker may be enough to turn a potential social work student into a nursing student.

“Young people are practical,” she said. “They should be. All else equal, they want the jobs that pay more.” If a young career explorer is considering healthcare jobs, he or she might discount lower-paying options in the industry that require the same level of preparation.

While she acknowledges that not everyone will see Fritsma’s nurses-to-social-workers pay comparison as apples-to-apples, Rosenthal does believe that most mental health and substance abuse social workers are underpaid, considering the education level required to do their job and the key role they play in many healthcare teams.

“I remember talking with a licensed independent clinical social worker in Grand Rapids,” she said. “She had four years of undergraduate work, three years of master’s degree work and 2,000 hours of supervisory experience. She told me she was making $38,000 a year after seven years of education. At that salary, she was having a hard time paying back her student loans. And that was not uncommon.”

Mental and chemical health social workers’ lower pay rate may have to do with the way society values their work — and the power of the people they serve, said Barbara Shank, dean and professor at the school of social work at St. Catherine University and the University of St. Thomas.

“Social workers do the hard, important work in our society,” Shank said. “But who are our clientele? Social workers work with children, with the poorest, the most vulnerable people in our society. We work with people with chemical dependency issues, with mental health issues, with education and employment issues. These are the people nobody wants to talk about, the people who have no power in our society.” While most social workers are idealists who find great satisfaction in their jobs, she said, “When you work with the poorest of the poor, the sad fact is you don’t always get the recognition — or the pay — that you deserve.” 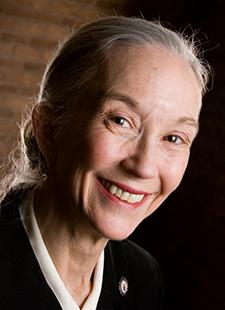 “I’ve given this some thought,” she said. “If I were an HR person, I might have a different answer, but as a sociologist, I’d say that I think this difference in pay has to do with our society’s slowness in recognizing the relationship between mental health and health overall and our slowness in fully integrating mental health professionals into the health care team.” If, like nurses, mental health social workers were considered central to helping a sick person become well, they might be paid more, she said.

This stigma extends to other mental health workers, including psychologists and psychiatrists, Rosenthal said.

“There are a lot of reasons for lower pay for mental health professions, but I do think one of the reasons is the bias and prejudice that is still attached to mental health. Psychiatrists are not considered to be ‘real’ doctors in the same way that surgeons are considered to be real doctors. And they are paid less.”

In some professions, union representation can equal higher pay and greater benefits. In Minnesota, for instance, 80 percent of bedside nurses are union members, said Matt Keller, regulatory and policy nursing specialist at the Minnesota Nurses Association.  “Anytime you have a union,” Keller said, “the union is going to fight for higher wages for union and nonunion jobs.”

Only a small percentage of social workers, mainly those working in state or county jobs, have union representation.

Nurses have done a great job representing their profession as an essential element of the health-care team, Shank said. Widespread union representation among hospital-based nurses has also helped to boost wages and benefits within the profession.

Social workers “have not gotten organized like the nurses,” she said. “Nurses did a masterful job organizing themselves and making sure that everybody knew how essential they were. We haven’t done that. Not yet.”

Both Fritsma and Rosenthal see reason for hope in recent legislative efforts to improve Minnesota’s mental health system and services. The 2015 legislative session was a stellar year for mental health advocates, with $46 million in new funding directed at supporting mental health initiatives in the state.

Some of that funding will address work-force shortages in mental health fields. Specific initiatives were designed to counter pay inequities, and others were created to make mental health care more accessible to people in Greater Minnesota.

“All mental health professionals were added to the Minnesota Loan Forgiveness Program,” Rosenthal said. “The amount of money available was bumped up to $5 million over the biennium. An extra $2 million was given to the Medical Education and Research Costs Grant program to help defray the cost for internships and clinical experiences. And they set aside  $773,000 for telehealth, which would include the expansion of telepsychiatry in rural areas.”

“We are trying to build a pipeline as far as younger people getting interested in mental health careers,” Rosenthal said. “We are working on building a diverse group of mental health professionals who will go and talk to students at high schools.”

“We work with MmSCU schools around the sate to put together camps for middle school to high school students,” Rosenthal said. “They are 2-5 day experiences in which the campers are exposed to a variety of different healthcare careers. Mental health careers were included in these camps two years ago. We looking at adding another six mental health career camps next year.”

Fritsma thinks that public support like this year’s legislative initiatives goes a long way in changing attitudes about mental health and the jobs that support it. It’s a horse-and-cart situation: If one starts pulling forward, the other follows along behind.

“Wages just don’t change overnight,” Fritsma said. “They get stuck because of people’s expectations and what’s historically been offered. I have to believe that as we grow in our understanding of mental health issues and as people grow in their understanding of the relationship between mental health and physical health, those types of services will be valued more and more. That will kick in higher value, greater demand and, eventually, higher wages.”