Increasingly, college students are reporting a range of mental health concerns, and schools around the country are scrambling to come up with new ways to address them.

This spring, at Gustavus Adolphus College in St. Peter, for instance, the school announced a new partnership with Learn to Live, a Minneapolis company that develops and delivers web-based cognitive behavioral therapy (CBT) programs. Learn to Live offers multi-lesson online programs in a number of common mental health concerns, including social anxiety, stress and depression. Participants select the issue of their choice, and then complete the corresponding program over a period of weeks. Participants’ identities are kept confidential.

Heather Dale, PA-C, director of Gustavus’ Health Service, said that even though the college offers free face-to-face counseling services with a staff of trained mental health professionals, the time seemed right to add another option for the school’s 2,400 students.

“In student surveys, we have seen our numbers continue to increase for symptoms of anxiety and depression,” she said. “Part of the reason for that, we know, is the result of a general decrease in the stigma around mental illness. That means that more students feel comfortable coming to us for help, and that’s good. But even though we have a good student-to-staff ratio in our counseling service, it is not enough to meet the demand, and, frankly, students are looking for another way to get help. We knew we had to do something.”

Doing something about student mental health has taken many forms at Gustavus, and the Learn to Live partnership has been successful, with more than 100 students signing up for the program since it was launched in March.

Part of the appeal of Learn to Live’s online format may have something to do with an issue that campus counseling services are struggling with nationwide: At Gustavus, Dale said, waiting lists to see on-campus counselors during the academic year can be as long as three weeks. That can seem like a very long time for a young person seeking help for a mental health issue. 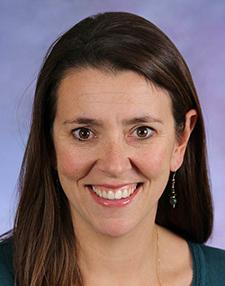 Dale also thinks that there is a segment of the student population that may prefer to seek help online rather than in a traditional therapeutic setting. Using a service like Learn to Live may be a good way to help a reluctant student begin to feel comfortable seeing help for his or her problems.

“It’s the perfect first step,” she said. “I think the students this may appeal to are the ones that often might not seek out mental health services in the first place. Walking into an office and making an appointment can feel really stressful and scary for them. Hopefully something like this might be a first step in seeking out additional resources.”

Dale said that she and her colleagues view Learn to Live, which is offered free of charge to Gustavus students, as a service that complements the range of other mental health services offered on campus.

“I can say to a student, ‘It might take six weeks for this medication to start working or three weeks to see a counselor, but you can go home today and start this Learn to Live program.’ That can be another tool in their toolbelt.”

The idea for Learn to Live came from Russ Morfitt, Ph.D., a psychologist who, after nearly 20 years in private practice felt that online cognitive behavioral therapy could help larger numbers of people take charge of their mental health. In 2013 Morfitt teamed with cofounder and chief executive officer Dale Cook, an MBA with two decades of experience in business consulting and operations management.

The company was based on the idea that many people need mental health care, but not that many actually get it. Learn to Live offers its programs to the general public online, and through contracts with organizations, including employers, health insurers and health care providers. Gustavus was Learn to Live’s first higher education client.

“In the U.S. alone, almost half of all people will suffer from a mental health problem at some time in their lives,” Cook said. “Only one out of four will seek face-to-face therapy. They are prevented from doing so by social stigma or accessibility issues or cost. Those are big barriers.”

By offering their programs online, Cook said that his company hopes to reach some of the “100 million people who are not seeking out face-to-face therapy.”

The student body at Gustavus represents only a tiny fraction of that 100 million, Cook acknowledges, but he said that the group of students using Learn to Live’s online courses are the very kind of people his organization is trying to reach. 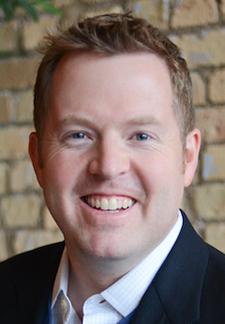 “You have a place like Gustavus, this exceptional institution that does so much for their students, and yet even their students face personal barriers to seeking out mental health treatment due to social stigma, busy schedules, perceived costs, longer wait times for counseling,” Cook said. “I think those barriers are still a big deal for many students. It is hard for them to build up the courage to walk over to a counseling center.”

The Learn to Live interface is mostly a set of programs that can be individualized, based on participants’ answers to questions. There is one optional live component, where participants can sign up to work with a mental health “coach,” who will interact with them privately and confidentially. About 20 percent of Learn to Live members choose the coaching option, Dale said.

Another interactive element of the Learn to Live program is the “teammate” option, where participants can select to enroll one or two individuals (a roommate or parent, for instance) that will support them through their online course.

“They’d enter their teammates’ names and emails, and then their teammates will get this email from us saying something like, ‘Dale has chosen you as his teammate. He’d prefer gentle coaching. This is how you can help him.’ We don’t share anything about what the member is doing. We just share their milestones.”

Meeting students “where they are”

When the health service first began talking about the Learn to Live partnership, some people on the Gustavus campus expressed concern that offering an online therapy option only isolated students who could actually use more social interaction.

“Before people knew what it was we had some more questions from faculty and from others who were concerned and wondered if the program was safe and confidential,” Dale said. “They wanted to know, ‘Will it serve our students?’”

Dale said that she understands that concern, but she also understands her students, digital natives who sometimes feel most comfortable online. By offering a mental health option in a format that makes students comfortable, she hopes to encourage future interaction with real-life mental health professionals.

“I think of an option like Learn to Live as a bridge to taking that next step,” she said. “It’s meeting them where they are.  Especially for our college students, it’s allowing them to look at themselves, do self-assessments, to learn skills when they are ready — whatever time of day it is. This generation is very much used to having things at their fingertips, doing things when they want to do them.”

The college has made attempts to limit technology, but that hasn’t always stuck, Dale said.

“At Gustavus, we’ve played with having technology-free zones and technology-free hours,” Dale said. “I think those things are wonderful but I don’t think we are going to shift the course of history.  So finding ways to meet students where they are at and give them choices is important. Instead of fighting it we have to embrace it and figure out how to continue to adapt to this changing world that we live in.”

It is also important to understand that Learn to Live is not a diagnostic tool. The courses are self-assessment programs. “Learn to Live does a good job of saying, ‘If you are experiencing these symptoms, you should talk to a mental health professional,’” Dale said.

Cook added that the Learn to Live interface includes stopgap measures if participants present with an acute mental health crisis.

“It is very uncommon for that to happen,” he said, “but if it does, there are several ways we are notified. We have 24-7 monitoring. That’s when trained mental health professionals get involved.”

Since Learn to Live went live at Gustavus this spring, response from students has been positive, Dale said. The college promoted the program with signs and campus announcements, and earlier this month at a campus-wide health fair.

And, every once in a while, Dale runs into a student who’s found Learn to Live on their own.

“The other day, I was seeing this student for a completely unrelated reason,” Dale said. “After my nurse roomed him she told me, ‘He seems really anxious.’  But he wasn’t here for any of those reasons. When I came into the room, I said, ‘Have you ever been screened for anxiety or depression?’ He said, ‘I saw this online thing. I took the assessment, and it said I have symptoms of generalized anxiety. It was so helpful for me to learn more about who I am and what I am experiencing.’ Turns out, the program was Learn to Live. He wasn’t referred by anyone: He had seen a sign on campus and decided to check it out on his own. I realized then that we were on the right track.”