Last week, when the Midwest Medical Examiner’s Office released its official report, concluding that Prince had died of self-administered fentanyl, a powerful synthetic opioid painkiller, I recalled a conversation I’d had back in 2014 with Jennifer Matesa, blogger, recipient of a SAMHSA Voice Awards Fellowship, and author of “The Recovering Body: Physical and Spiritual Fitness for Living Clean and Sober.”

In our earlier conversation, Matesa had described her own addiction to fentanyl, and the long and painful process she endured to get the drug out of her system. Then, I paid a visit to Guinevere Gets Sober, Matesa’s popular recovery blog, where I read her personal and compassionate post about Prince, and I knew we had to talk.

I gave Matesa a call at her Pittsburgh home earlier this week, and we had a wide-ranging conversation about my favorite musician’s dangerous addiction, his untimely death and about what may have motivated him to use opiates in the first place. The interview has been edited and trimmed.

MinnPost: What inspired you to write about Prince on your blog?

Jennifer Matesa: As a creative person and a former addict, I have an affinity with Prince. Creative types tend to drive themselves past certain limits. Prince was a physically small man. He was smaller than I am. He spent the majority of his life jumping and dancing around on stage wearing high heels with a heavy guitar strapped on his chest. You can’t expect to do that for 30 years without damaging your body or injuring your psyche.

When Prince died in April, at first some people said he was taking Percocet [acetaminophen and oxycodone]. But when I read that they had to give him a save shot when his plane made an emergency landing in Moline, I said, “There was no way he was just taking Percocet. … He was probably taking a single-entity opioid, and it was probably pretty strong.” I know my drugs.

MP: So you’re theorizing that Prince’s addiction started a long time before he died?

JM: I’ve read that he was on strong opioids for 25 or 30 years. If that’s so, that means that he probably produced most of the body of his work while on opioids. There are files of photos of him where his pupils are pinned (abnormally constricted). I’ve looked it up online and this goes way, way back. Pinned pupils are the one sign of opioid abuse that a user can’t hide. Photos of Prince, even in low light, show that his pupils are pinned.

MP: Clearly, I’m a deluded Minnesotan. I always thought that Prince was sober because he was famous for living such a clean lifestyle. I was sad for me to hear that he was addicted to opioids. 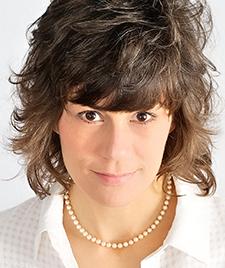 MP: Are people ever prescribed fentanyl for hip pain? Could Prince have been getting the drug legally from his physician?

MP: How did you end up taking fentanyl?

JM: I didn’t start out with fentanyl. I have migraines and fibromyalgia. I started out with codeine during my pregnancy. Then, after I stopped breastfeeding, I switched to Vicodin [acetaminophen and hydrocodone]. When I went to a pain clinic in my hometown of Pittsburgh, I was given pure hydrocodone. Then I moved to OxyContin [oxycodone] and then eventually to fentanyl.

By 2005, I was on straight fentanyl patches. I was also given fentanyl lollypops for free. They would give you coupons to take to the pharmacy. I became addicted through my prescribers. It was a particular moment in medical history when physicians were prescribing opioids for all kinds of conditions.

MP: But fentanyl is so potent. I thought it was usually reserved for people who are actively dying.

JM: That’s not always the case in the United States. Once, when I was traveling overseas, I ran out of fentanyl patches. I went to a pharmacist, who said, “We only give those to people with cancer.” But in this country we give powerful painkillers like that to a lot of people who do not have a fatal disease.

Fentanyl is the most potent painkiller. You can’t start on it. It could kill you if you did. You’d have to be taking other opioids for a while first. It is pharmacologically different from other opioids. It is fat-soluble. That means it crosses the blood-brain barrier quickly.

That’s part of the reason that fentanyl deaths are increasing in this country. They are not nearly at the level of other opioid-based drugs like heroin, but they are happening. The Federal Drug Abuse Warning Network says that it is very hard for EMS personnel to get to fentanyl victims quickly enough because the drug works so fast.

MP: You just said you almost overdosed on fentanyl a few times. How did that happen?

JM: I almost overdosed on fentanyl because I took too much. I didn’t go to a hospital. I was lucky I survived. I abused my drugs. I was prescribed adhesive patches that were intended to be placed directly on the skin. But I got to a point where I’d cut my patches into small pieces and stick them to the inside of my cheek so the fentanyl would enter my system faster. I’d do this when I had run out of the drug for a few days before I could fill a new prescription. I’d be in withdrawal, and I figured out that it was a faster way to get the drug into my system.

When the drug entered my bloodstream that way, it would spike the levels in my blood. I clearly remember lying in bed at night and feeling that my breathing was slowing. I’d wonder to myself, “Is my body going to remember to breathe?” Sometimes I’d keep myself awake because I didn’t have a way to reverse the effects of the drug.

MP: This sounds frightening. What did it feel like?

JM: The feeling of respiratory depression is really scary. It is beyond your control. It is almost as if you are lying down and someone is stacking bricks on your chest. You can’t breathe. I am very fortunate that I didn’t die.

If you write in your column that I told you I cut the patch into pieces, make sure to say it can kill you. It is lethal.

MP: I know that this question may be going too far, but I’m still going to ask it: When you experienced that feeling of respiratory depression, were you ever at the point where you just thought, “Maybe I should surrender to this?” If you’d rather not answer, I’d respect that.

JM: Actually, it’s a really great question, because so many people are overdosing these days and a lot of the discussion about addiction is being driven around whether people who fatally overdose actually do it on purpose. I personally think that a lot or even most of these overdoses are accidents. People don’t actually want to die. They either have taken heroin that is spiked with a drug that is stronger than they thought it was, or they take an opioid with alcohol or a benzodiazepine and that makes it fatal.

Those few times when I experienced respiratory depression, I didn’t want to die. I had a young child and I wanted to stay alive for him. One of the reasons I got sober was because I wanted to be present for my son and for other loved ones in my life. Then, as I started to get better, I realized that I had things I wanted to do in life that might actually help other people and I needed to stay alive and sober in order to do that.

MP: You still suffer from migraines and fibromyalgia. How do you do to treat your pain now?

JM: I use exercise and meditation. I use appropriate diet. I use nonaddictive medication to get rid of the headaches. These are all things that I’ve written about in my book.

What I’ve tried to do to treat my pain is to take better care of my body. I have to understand my limits. I cannot dig in the garden for eight hours. I have to pay attention to my pain and take care of it and not just numb it.

MP: Do you think Prince was numbing his pain?

JM: How do I know what Prince was really doing? There are ways in which creative people get afraid that the creativity will someday leave them. That’s what drives the anxiety and sometimes the use. I know it worked that way for me.

MP: That sounds like a much bigger problem than straight-up addiction.

JM: In this country you are not supposed to suffer emotional pain. That is not the American way. We are supposed to have these easygoing, carefree lives. But every life comes with unhappiness and struggle. The way we get through that is community.

In the case of Prince, we’re talking about a person who had this really tough childhood, yet he had this extraordinary talent. Then he proves himself and then he becomes super-famous and wealthy. That is a recipe for isolation. What kind of community does a person have when he lives in a compound? What kind of web of love and trust and friendship does a person have when he is that famous and recognizable? In so many ways Prince was out there on his own.

Jennifer Matesa, writer on addiction: ‘Prince was out there on his own’