For the last four years, KSTP-TV meteorologist Ken Barlow has turned his laser-like focus on one issue: encouraging people to speak openly about mental illness and to support those with a mental health diagnosis.

After announcing his own diagnosis of bipolar I disorder to thousands of participants at the 2012 NAMI Minnesota walk in Minnehaha Park, Barlow has set out on a sometimes-punishing schedule of speeches and appearances designed to demonstrate that a person with a serious mental illness could be just like him, “a successful person, with a car and a house and a family.”

While the speeches and public appearances — for the first few years following his announcement as many as two a week on top of his full-time job — helped Barlow feel he was making a difference in the lives of others, lately he’s been cutting back a bit.

“I did take a couple of months off during the summer,” he said. “I did have some down time — doctor’s orders. Going to so many different events gets tiring emotionally and physically. I needed some rest. My doctor knew I was running around a lot. He said, ‘You’ve got to slow down. Sleep is important to people with bipolar.’ I had been pushing through and saying yes to everything. It just wasn’t healthy.”

But, as summer wound down, Barlow felt he was ready to be back on the speaking circuit. When he was asked to deliver the keynote address at the 16th annual Jewish Community Conference on Mental Health on Oct. 23, he was happy to say yes.

“I know this is an important event,” Barlow said.  “I’ve heard very good things about it and I felt very comfortable accepting.”

The conference, which is open to everyone, will be held at Temple Israel, 2324 Emerson Ave. S. in Minneapolis, and is titled, “Forecast: Resilience — Weathering Life’s Storms.”

Barlow said he usually titles his talks “Thriving With a Mental Illness,” but he’s happy to work in a weather metaphor or two.

“The first television appearance I ever did after going public with my diagnosis was on the [KTCA-TV program] ‘Almanac’ [in 2013].” he said. “I made the analogy of bipolar being like the earth — you have the equator where everything is pretty much the same all the time. Then you have thunderstorms, which represent problems, but they pass. And then you have the poles. Each one is really cold and dark at times. You don’t want to be at either pole, high or low, because they are a dark, cold place,” he laughed, and added: “I made up that analogy on the spot.”

“We were so thrilled to have Ken involved,” she said. “People look up to him. When we think about mental health, we have this doom-and-gloom aspect. Ken’s story is about resilience and having a supportive community around him and having an employer that is willing to be flexible to give him what he needs for his mental health. He is an inspiration.” 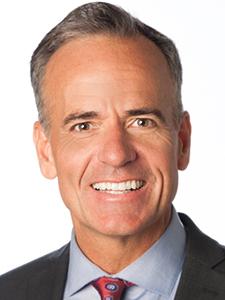 Saltzman said that the daylong conference is free and geared for a general audience, though professional credits will be available to members of health professions.

“Anyone who’s been touched by mental illness — a friend, a family member, a professional in the field, or both — can pick up something meaningful from this event,” she said.

Historically the conference’s tone has been welcoming and open to different perspectives on mental illness. Speakers have included both mental health professionals and individuals living with mental illness. This year’s event is no different.

“This conference is trying to say to people affected by mental illness, ‘We see you. We see that you are part of the community, too,’ ” Saltzman said. The object is to engage in dialogue, to offer support, to point individuals and families to organizations that can help enhance their lives. For members of the Jewish community, the conference offers a feeling of solidarity and support, she added: “The message is, ‘You can look to your rabbi, to your clergy, you can look to your community and know that you have a Jewish voice to talk to about mental illness.’”

Beyond Barlow’s keynote address, the conference offers 21 mental health workshops, including presentations on stress reduction by mindfulness educator Susan Flannigan; strategies for responding to a mental health crisis, by Mark Anderson, executive director of the Barbara Schneider Foundation; going back to school while living with mental illness, by Melissa Hensley and Barbara Lehmann from Augsburg College’s Department of Social Work; and an introduction to dementia by Annette Sandler, JFCS director of aging services and Jeff Sherman, executive director of Jewish Housing and Programming.

With many aging Americans and their families struggling with age-related dementia, Saltzman said that she feels Sandler and Sherman’s presentation will carry particular weight. “I feel like the dementia conversation is a baseline session,” she said. “Anyone can take something away from that.”

Weight off his shoulders

In 2007, when doctors first told him that the extreme emotional shifts he’d been experiencing for decades were symptoms of bipolar I disorder, Barlow first tried to keep the diagnosis a secret from everyone but his immediate family. Worried that the truth could cost him his job (Barlow was working at a station in Boston at the time), he asked his wife to pick up his prescriptions, and he tried to keep a low profile when he visited the doctor’s office.

The years of secrecy wore on him, and by the time he spoke up at the NAMI walk, Barlow felt he couldn’t keep his story inside anymore. He felt like he was about to burst.

Though he recalls feeling “nervous” and “anxious,” when he began to speak, Barlow also remembers an “immediate sense of relief” that just rushed over him.  “I have friends who are gay who have told me that they felt this freedom once they told people that’s who they are,” he said. “I get the same feeling from being open about my bipolar. I don’t have anything to hide anymore.”

It also helped that Barlow felt his employer would support his decision to go public with his diagnosis.

“When people ask me for advice about going public with mental illness, I say it is a personal choice,” he said. “I felt comfortable because I knew that [station owners] the Hubbard family were big into helping people with addiction and they are not judgmental. I felt comfortable being open because of that. I would have never done this in Boston.” 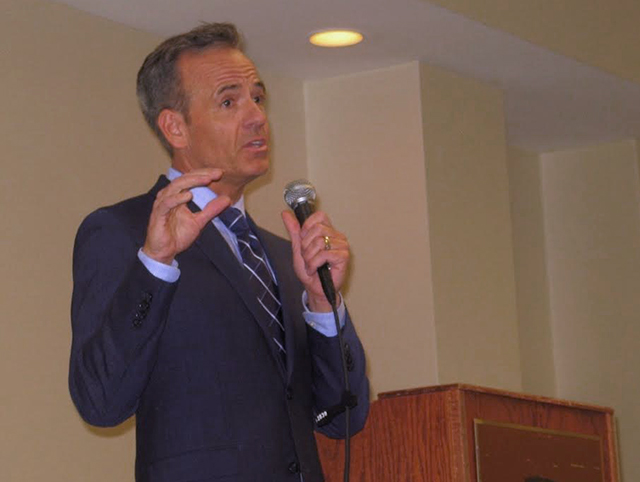 Courtesy of Ken Barlow
Ken Barlow speaking about his journey with mental illness at the Women’s Club of Wayzata.

Since his announcement at the 2012 walk, Barlow has deepened his connections with NAMI; he serves on the statewide organization’s board of directors, he’s spoken at events, and he will be hosting this year’s walk on Sept. 24 at Minnehaha Park in Minneapolis. “It will be like coming home,” he said. “It’s where this journey began.”

“Oftentimes in this country we want to be hush-hush around mental illness,” she said. “We might not feel as comfortable talking about it. Having someone like Ken standing up as someone who is fighting for that change and fighting for research with his notoriety is special for us. That made us particularly excited about inviting him to speak. ”

Barlow said that despite his full schedule of events, he still feels he’s doing something good every time he stands in front of an audience to tell his story.

“I haven’t had a time when I got up to talk and it just felt like, ‘Here we go again. Get through this and go home,’ which is good. If I ever start to feel like that I’m going stop doing it. If I’m obviously just going through the motions, people would know. They wouldn’t let me get away with that.”

Because he has chosen to be open about his mental illness, Barlow accepts the fact that a lot of people are observing his moods — and that many might not let him get away with a slip-up. When he’s in public, he tries to project health and balanced vigor — and most of the time that’s how he’s actually feeling.

But the people who know him best sometimes notice the subtle signs that say he’s just a little bit off.  “The other day I was a little up,” he said. “My wife noticed because of my footsteps. She can tell by how fast I’m walking. I had no idea.”

When his wife mentions a mood shift, Barlow has learned to listen: “We’ve been through it enough that if she tells me I’m up I know that I’m up.”

In those cases, he modifies his medication. “There is a medicine that I can take to knock me down a bit,” he said. “My kids know that, they can say something, too.  If I seem a little off, they’ll say, ‘Are you OK, Dad? You seem a little down.’”

The medications keep Barlow’s moods under control, but they aren’t always easy on his system.  “I have so many side effects I’ve lost track,” he said.

Though he’d rather live a side-effect-free life, Barlow sticks with his medications for four very important reasons. “Everybody has to have a reason why they’re taking the meds, doing the treatments,” he said. “I do it partially for myself, but I really do it more for my family. When I think about it that way, I stay on my meds. I stay on all the other stuff, the whole regimen of going to the doctor, keeping my appointments. I stay on track because I think about my three kids and my wife: When I got my diagnosis, I sat them all down and promised them that I would always stay on it. That really keeps me on track.”

Keeping on track with his health has its rewards, Barlow added.

“This past April, my youngest daughter — she’s 18 — gave me a birthday card. It was just before she left for college in Iowa. I miss her desperately. She wrote how proud she is of me for everything I’m doing. When I read that, I just started crying. That meant everything to me. It’s why I’m constantly putting myself out there.”

Space is limited for the  Jewish Community Conference on Mental Health. Online registration is available.