Depression isn’t funny, right? Or is it?

In a new podcast premiering this week, humorist and MPR host John Moe looks at the links between depression and comedy through conversations with nationally respected comedians who discuss their struggles with mental illness. The podcast, which is available for download on iTunes, Spotify and other sources, is sponsored by HealthPartners as part of the health plan’s Make It OK campaign.

Moe’s show is called, fittingly, “The Hilarious World of Depression.”

Former host of the now-defunct American Public Media variety show “Wits,” Moe grew up a self-described “comedy nerd.” He’s dealt with depression since middle school, but became committed to speaking out openly about his struggle when his older brother died by suicide in 2007.

“I didn’t know what my brother was going through before he died,” Moe said. “One of the things he said in his note is, ‘I don’t want to deal with people knowing this about me.’ I thought, ‘This won’t do.’ I decided right then that we have to talk about this. We have to make talking about depression as routine as talking about having a store tooth or a broken leg. We need to get it taken care of.”

Moe, who did comedy writing before he came to MPR, always felt a strong connection between his own humor and his clinical depression.

“The link between comedy and depression, which seems so contradictory to some people, makes a lot of sense to me,” he said. “There’s this shared experience of staring into the void. Comedians are people whose job it is to talk candidly and personally about things that not everybody will verbalize, to cut through the fog. You really can connect with somebody when you make them laugh out loud.”

And when he was hosting “Wits,” Moe’s theories about the comedy/depression link were reinforced.

“I noticed that a lot of the comedians I had on the show talked about their own depression in their act or talked about it in interviews,” Moe said. “Through these comedians and their willingness to talk about their experiences, I saw an even clearer connection between comedy and depression.” 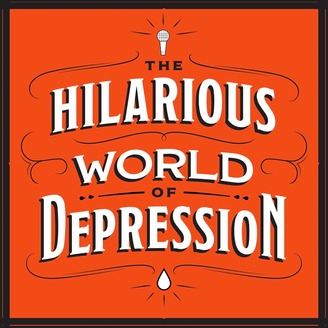 These connections further reinforced Moe’s own experience: “There was a journalistic instinct that kicked in, and this idea got planted that something really amazing could happen here.”

When APM cancelled “Wits,” Moe started thinking seriously about how he could make this amazing thing happen. He decided he wanted to create a show where he interviewed well-known comedians about their experience with depression and its connection to their comedy.

Moe began talking up his idea, and the response was universally positive.

“Everyone I talked to was like, ‘This has to happen,’” he recalled. “I’ve never had that kind of reaction to one of my ideas before. People at MPR got behind it. It’s been great.”

Once Moe’s bosses at MPR gave him a green light to work on the show, they needed a sponsor. HealthPartners, which had been promoting the Make It OK campaign to de-stigmatize mental illness through open conversation since 2013, was an obvious candidate.

“We thought the podcast would be a perfect fit with Make It OK,” Moe said. “A perfect way to defeat stigma is through celebrities.” Moe laughed a little bit when he said this, but the truth is he’s serious about the idea that hearing well-known people share their depression stories might actually encourage regular folks to look for the help they need. And that’s what he’s hoping to do with this podcast.

“I think people are sick and tired of the stigma and the shame that exists around mental illness,” Moe said. “There’s been enough movement to make it an open conversation and those conversations are starting a bit of an avalanche. People are saying, ‘We are not going to keep it hidden anymore,’ and I think that when people hear about these experiences from comedians, even more will come forward.”

HealthPartners also saw the partnership as a match made in heaven. 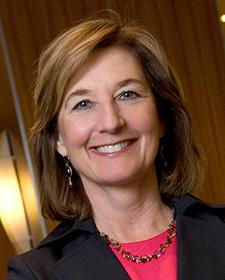 “We liked the idea from the very beginning that we could reach new audiences through MPR and particularly working with John Moe,” said Donna Zimmerman, HealthPartners’ vice president of government and community relations. “Because HealthPartners started the Make It OK campaign with community partners with the intent to reduce the stigma around mental illness, this seemed like a natural next step for us.”

The fact that “The Hilarious World of Depression” features personal stories from well-known people only added to its appeal, Zimmerman said.

“One the most important things we’ve learned in conducting this campaign is that sharing personal stories about mental illness and people’s experience with it is an incredibly powerful motivator. And this whole podcast series reaches new audiences who may have not heard our message before.” HealthPartners is providing financial support to the development of the podcast, Zimmerman explained: “It is not a traditional sponsorship.”

Moe’s first podcast features a lengthy interview with Peter Sagal, host of the NPR comedy show “Wait Wait … Don’t Tell Me.” In the interview, Sagal talks candidly about his experiences with depression and how it affected his personal life — and his comedy.

“When he heard about this show, Peter came to me and said, ‘I want to be on your podcast. I want to tell my story,’” Moe recalled. “It was one of these moments where you ask, ‘You have depression? You seem so happy and funny.’ But that’s the whole point of the show, isn’t it?”

“Having people like them tell their personal stories made a lot of sense to me,” Moe said. He didn’t want the show to be a dry, reported piece on mental health issues or legislation. The sources needed to be funny people who’d experienced depression themselves. “You could talk to a researcher and a clinician or someone from Mayo Clinic who knew a ton about depression, but the simple human stories of living with it and continuing on with life carries so much more weight.”

Moe is open about telling his own story on the podcast, but he doesn’t make himself a central figure.

“My story isn’t a big part of it,” he said. “I establish in the first episode what my background is, what my experience is with depression. If I’m interviewing somebody I’m more interested in what they’re saying than what I have to say.”

Most of the comedians Moe has asked to be on the show have been excited about telling their depression stories. A few haven’t.

“There were a few people I contacted about being on the show and they said, ‘No, thanks, I want to keep that private,’ ” Moe said. “That reaction is totally understandable, but the ‘Yes’ response rate has been really, really good. People want to be part of this project. I think they see how it can help others.”

Helping others to get help for their depression is at the core of Moe’s podcast.

The show does not take a “how-to” approach to dealing with depression, Moe said. He makes it clear that he is not in the business of diagnosis or treatment: “What I try to do is draw connections between what we learn about the person in the interview and what we learn about what has and hasn’t worked for them.”

What he hopes is that if people listening to the podcast see the experiences of themselves or a loved one reflected in the stories, they’ll take the next step and reach out for more help.

“We’re trying to reach not just people with depression, but also people affected by it indirectly,” Moe said. “If you don’t have it, lucky you, but maybe a family member or a co-worker or a friend does. If all the people who experienced depression talked about it, there would be less suicide. If people knew how common this thing was in our society, I think we’d be getting a lot further.”

While more people are becoming comfortable with speaking up about their experiences, there is still a lingering shadow of shame that keeps many from seeking the help they need. That plays a role in the rising rates of suicide. Zimmerman hopes that the stories included on “The Hilarious World of Depression” will encourage some listeners to get the help they need for what can be a treatable illness.

“One of the really challenging things about mental illness is it is hard to talk about it,” she said. “Many people are interested in finding out, ‘What should I say?’ when they hear about a person’s struggle with depression. The ‘What to Say’ or ‘What Not to Say’ section is the most frequently visited page on our website.”

“My realistic goal is that more people will talk about it than currently are,” he said. “I will feel great if that happens. If, along the way, I could provide enough stories about how people have dealt with depression that something will resonate with someone listening to that podcast, that’s even more wonderful. If somebody listens to a show because they are a fan of that comedian and then at the end they say, ‘I’m going to make an appointment to get myself checked out,’ then that’s absolutely wonderful, and I will feel like I’ve done what I came here to do.”