Lots of people don’t like their jobs. But Karina Reinert felt particularly miserable about hers when she spent her days on a crew doing odd jobs through a state-run day program for people with disabilities.

“I just didn’t like working at the day program,” Reinert said. “There was too much drama. I needed out. It was too much for me.” For Reinert, who has fetal alcohol spectrum disorder (FASD) and depression, day program “drama” had as much to do with the stresses of crew life as it had to do with the low pay and mind-numbing tasks that she felt did not take advantage of her skills and interests.

When she learned that she could leave the day program behind and get job training and assistance in finding work with an outside employer through the Minnesota Department of Human Services’ (DHS) vocational services program, Reinert decided to take advantage of the opportunity.

For the last five months, she’s been working as a greeter and food prep worker at AMC Theater Southdale. With the help of a job coach, Reinert found the opening, prepped for the interview and landed the position at the theater.

“I’m happy because I’m out of the day program,” Reinert said. “I’m free at last. Finally, I can do what I want.”

Not that long ago, work opportunities for people like Reinert were limited, said Shirley Nelson-Williams, director of vocational services for Minnesota State Operated Community Services (MSOCS), a state-run program that provides day training, habitation and job services to people with developmental disabilities. Like Reinert, many MSOCS clients also have co-occurring mental health disorders.

“It used to be we’d take a big group of people out with a couple of staff people,” Nelson-Williams said. The work crews would travel to a facility and do light-assembly work, sorting or cleaning.

“It was OK,” Nelson-Williams said. “We were in the community, but it wasn’t really benefiting the workers.” The crews often toiled in segregated environments, away from nondisabled employees. And employers, through a state-sponsored program, paid the disabled workers a special minimum wage.

“The wage was based on workers’ productivity,” Nelson-Williams explained. “It was not an hourly wage. Many people were making pennies on the dollar.”

In recent years, DHS has moved away from crew work, instead emphasizing independent community-based employment for the their clients. While supervised day programs are still appropriate for some people, Nelson-Williams said, MSOCS staff believe that most of the 600 clients they supervise can find better-paying, more rewarding jobs with outside employers.

“We have realized that it is the right thing to do,” Nelson-Williams said. “The folks that we work with have many skills and talents. They just need the opportunities to go to work.”

Making the shift away from work crews to independent employment can be a frightening prospect for people who have spent their adult life believing that they don’t have what it takes to join the traditional workforce.

“This is a long-term process,” Nelson-Williams said. “It isn’t going to change overnight for everybody who was in a comfort zone, especially guardians and families who want to make sure their individual is safe.”

In the DHS employment program, employment coaches help people like Reinert realize the range of outside job opportunities that exist for them. Some clients have said that they prefer the comfort of sheltered employment, Nelson-Williams said, but have changed their minds after meeting with a job coach.

Job coaches can even set up trial positions with some employers so clients can get a taste of what it would feel like to go to work. “So many of our clients get really excited when they see the range of work opportunities that exist for them,” Nelson-Williams said. “It is pretty amazing.” 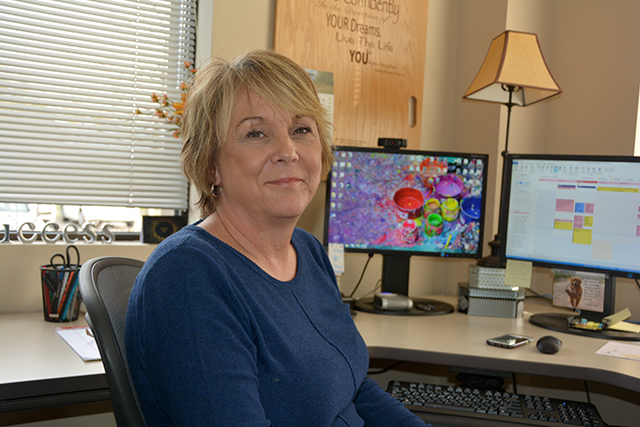 Courtesy of the Minnesota Department of Human Services
Shirley Nelson-Williams: “The folks that we work with have many skills and talents. They just need the opportunities to go to work.”

In the past, many MSOCS clients didn’t have vocational goals. But that has changed, Nelson-Williams said: “It turns out that the lack of goals was more because their team didn’t encourage it. For a long time it was just OK to have people staying in sheltered employment. Everything was safe and predictable that way. But the truth is there were so many people who wanted more than that.”

This expansive approach to careers seems to be working: In 2014, Nelson-Williams said, about 50 percent of her program’s clients had clearly identified work goals. Now as many as 73 percent have employment goals.

And that special minimum wage that paid pennies on the dollar? As of September 2017, it is a thing of the past.

“I am so proud to say that none of the individuals that participate in our programs will be making less than minimum wage,” Nelson-Williams said.  “It doesn’t matter what kind of work they are doing. They are all going to be making at least minimum wage.”

After a brief introduction to the job site, most DHS clients need little support once they are settled in independent employment. Just as they do at other social service agencies that provide career support to disabled clients, MSOCS employment coaches help employees settle in at their new jobs, sometimes shadowing for a few days or weeks. Then they fade into the woodwork.

“When one of our clients is hired by an outside employer, just like when you or I are hired by an employer, that’s their job,” Nelson-Williams said. “It’s a direct hire. It should be no different than any of the other employees. They should have the same benefit package, same expectations. Initially we will send a job coach to help them bridge the training time and to help put the pieces in place. Then we fade back.”

Sometimes, clients may need some extra support or intervention. Reinert, who uses a walker because of a hip injury, ran into problems at work when she had a conflict with another employee.

“I got in trouble when another worker said, ‘The boss treats you differently because you have a handicap,’” she recalled. “I got mad.” Reinert’s employment coach helped her work through the incident. She came up with a way to explain how FASD affects her ability to learn tasks and process emotion.

“When they explain something to me in a calm way, in the right way, then things work out better,” Reinert said. “I told them that I like it if they explain things to me clearly and help me understand I can learn from my mistakes.”

While this hands-on approach sounds more expensive than a work crew supervised by one or two staff members, it actually costs less when clients work independently, Nelson-Williams said.

“Initially it’s more expensive to provide this kind of program. You are doing a lot of one-on-one. But in the end it becomes less expensive because you are not warehousing people day after day, year after year in a supported employment setting. Hopefully when a client is ready for a job in the community, they’ll need a month, two, three months of supervision and that’s it.”

Reinert cherishes her independence, something she didn’t have for most of her life. Workplace conflicts and occasional stresses aside, her job makes her feel like she is her own woman. Every work day, rather than climbing into a van and being driven to a site with her crew, she gets herself to the theater.

“I take the metro bus on my own,” Reinert said, “I know how to set up my rides. I know how to be there on time. I know what to do. When I get to work, I eat dinner first then lollygag in the mall for a while. I work at 6 and then when my shift is finished I go home and relax.”

The opportunity to make her own schedule, to live a life that she controls, feels like a great change, Reinert said.

“I’d rather work independently. I don’t like to work in a crew and get told what to do. I’m happy with this job. It’s pretty fun even though sometimes it’s kind of stressful. I’m doing what I need to do and I’m doing it on my own.”

This move toward independent employment isn’t just happening at state-run agencies, Nelson-Williams said. Other independent agencies are also finding work for their clients. This shift is a positive trend, something that she feels was a long time coming.

“I so believe in what’s happening within vocational services as a whole, not just in our state-run programs,” Nelson-Williams said. “I know there are many other private providers that are doing very similar things.”

Plenty of jobs exist, and, with the state unemployment rate shrinking, many employers are more open to hiring people who need a little extra assistance.

“Sometimes getting our clients hired requires thinking outside the box, getting out in the community and showing employers that our clients can work,” she said. “Everybody’s got talent. We just have to find opportunities that suit them.”

Reinert believes that more members of her old work crew should try to find independent jobs like she has. Though the idea may seem daunting at first, landing an independent job carries great rewards.

“I know it is hard to get a job with a disability,” Reinert said. “I would tell other people like me to go out there get a job. Be free at last. You get to do whatever you want. At this job, you get free popcorn and pop when you’re working. You get a 20-minute paid break. I’d encourage people to get out there, get a job and enjoy life.”