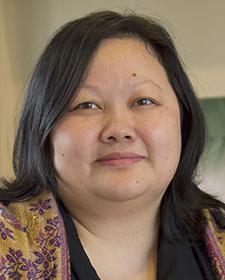 A lifelong book lover, Pahoua Yang firmly believes that one of the best things about the public library is its embracing “all are welcome here” vibe. As Amherst H. Wilder Foundation vice president of community mental health and wellness, Yang also understands that the library’s welcoming vibe means that it is a gathering place for people facing a number of challenging life circumstances.

In recent years, the number of people living lives complicated by the impact of poverty and trauma that are gathering at St. Paul’s public libraries has grown. This trend doesn’t have to be a problem in itself, Yang said, but trauma and poverty can be accompanied by problems that cause difficulties for other patrons and library staff.

The increase in visitors with serious needs means that, Yang said, “librarians are being asked to do things that they weren’t trained for or weren’t expecting.” While libraries in St. Paul are important community hubs that are “brimming with people,” she said, staff at some branches in particular have been feeling the challenge of serving these populations.

“The public library welcomes everybody,” she said. “Everyone comes through our doors. We think that is an important part of our mission. There are a lot of people in our city who are in need of help and assistance and support: They know they’ll find helpful people in the library. And we want to provide that help for them.”

“We were finding that we were having a large number of incidents that go beyond our normal day-to-day work,” Taylor said. “Medical emergencies. Abandoned children. Calls to the police.”

Many of the incidents at four of these libraries — all except the Central library — involve children and youth, library staff noted. On weekends and during school breaks, many young people spend full days at the library unsupervised while their parents are at work or away.

“They may not have another place to go,” Taylor said. “So they come to the library.”

For families in crisis, including families facing homelessness, the library is a safe place. Taylor understands why children and their families want to spend time there. But the behavior of bored children can be a problem.

“We have friendly, helpful people, air conditioning in the summer, heat in the winter, even lunch when school is out,” she said. “You don’t have to buy anything or believe anything to come to the library. But we do ask that you behave in a respectful way.”

Understanding the root causes of why troublesome behaviors were occurring, library staff wasn’t interested in banning young patrons from the library, but they did want to find a way to help them and their families get the assistance they need.

Last year, at a managers’ meeting, staff shared their concerns with then-Library Director Jane Eastwood. “They told her, ‘There are a lot of children who are spending a long time in the libraries and they need support,’ ” Taylor recalled.

Manu other library systems nationwide, including Hennepin County, already employ social workers that help connect patrons with social services targeted to their needs. Hiring a library social worker with a focus on the needs of children and families seemed like a good idea for St. Paul. 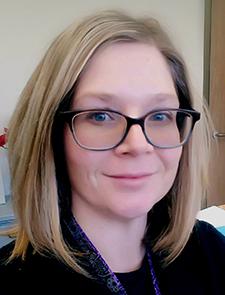 “With this increase in challenging situations, our staff needed more tools to be able to provide services to our patrons,” Taylor said.  A library social worker would have the expertise needed to educate staff  — as well as connect community members with resources that could address their larger concerns.

Staff applied for a library grant through the Minnesota Department of Education. The city of St. Paul added to the fund. The service is managed by the Wilder Foundation.

Yang said that Wilder staff was enthusiastic about supporting a library social worker.

“It seemed like the perfect idea,” she said. “They were excited. They often go to the library themselves and work from there or they will meet a client at a public library because that’s a safe place for that person. Our staff sees a lot of people with the same needs as library patrons.”

In fact, many thought of this hire as only the first step.

“When we started talking about this project, immediately folks said, ‘Can we get one at every library?’ ” Yang recalled. “They see the need. It just makes sense.”

The project is a one-year pilot, but supporters hope that it will continue indefinitely — and even expand.

“We are hoping that we can learn a lot from this project so that we can look into funding for moving forward,” Taylor said. “We also want to understand how we can expand and move into adult services.”

Candidates for the position have been interviewed, and the new library social worker will be in the job by early March. Work responsibilities will be wide-ranging, and there’s no question that the individual — who will move between the four libraries — will be busy.

“One social worker covering four libraries is a lot,” Taylor admitted. “We know that we aren’t going to be overcoming poverty in St. Paul with this hire. We might be able to really improve life circumstances for a few people, but there is still going to be a larger issue out there.”

“This job is a huge ask for one person to take care of,” she said. “But we’ve got to start somewhere. I believe that this person is going to be such a critical part of providing support to the community. They’ll be flexible and be able to focus on doing what people need and getting them to the appropriate places.”

Another important part of the social worker’s job will be to provide support to library staff.

“They wanted to have a social worker who could work with the librarians and support staff to help them understand how they can help patrons in ways that librarians are not traditionally trained to do,” Yang said. “This individual will do that.”

Because the position will be focused on providing mental health support to patrons and their families, the new hire is required to have a master’s level social-work degree.

“If you wanted someone to just do referrals, you could hire a bachelors’ level social worker,” Yang explained. “But after talking to library staff about the needs they were seeing, it became clear that we needed someone who was not only skilled with community resources, but also, given the needs of patrons, able to operate out of a mental health and trauma-informed lens.”

While they all have high hopes for the new social worker, no one at the library thinks that one person will be able to solve all their problems.

“Some of our more serious behavioral issues aren’t things that the social worker is going to be able to address,” Taylor said. “That’s why some libraries have security guards. But I do believe that this new person will do things that other people can’t. They can see if a person is getting help from somewhere else and try to make sure they follow up. They can help an individual apply for benefits. They can even go to a child’s house and see if anybody is home.”

All of this makes so much sense to Yang. In some ways, she’s surprised it’s taken so long for it to happen.

“While this program feels novel,” she said, “it also harkens back to the very roots of social work. This is right where Jane Addams, the mother of social work, started. We’re in the community and we’re giving people what they need where they are. It’s exactly what we’re supposed to be doing, and I feel so enthusiastic about this approach.”