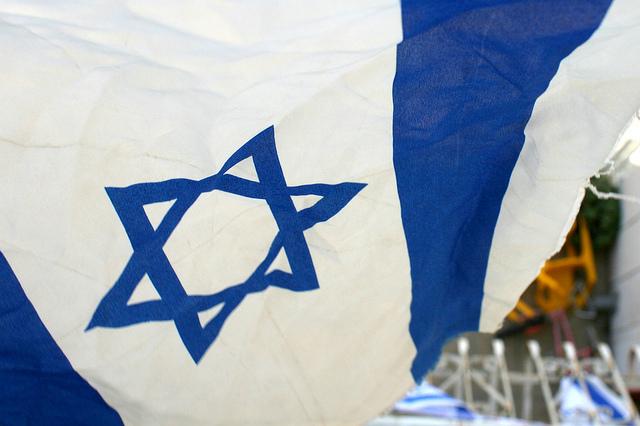 Army buddies called her “the old lady” because she was in her mid-twenties. She looked far younger in photographs, slim and willowy with long brown hair, blue eyes and a quicksilver smile. Her father told me she felt she wasn’t ready for college, so joined the Israeli Army instead. As you may have guessed by now, she wasn’t Israeli and grew up here—in Minnesota.

She became a weapons trainer, teaching both Israeli and American soldiers to use weapons that were likely far bigger than she was. Her father said Israeli psychiatrists had determined that young men pay more attention to weapons training and try harder when they are taught by young women.

Another young woman from Minnesota made me laugh with a story about wanting to give her soul for a sweater on the first night of Hanukkah during a routine exercise; a young man had a more sobering tale, seeing wounded buddies die and being unable to save them.

Yet another young man talked to me while he was on guard duty about how having an Israeli father meant he had to do his service there; how it was different than it would be in America because you got to go home every weekend (or to relatives or friends of relatives); how everyone in Israel was in the armed forces for at least two or three years after high school; and how it was, for them, a rite of passage.

These four young people wanted Israeli lives as much if not more than they wanted American ones; and this, it seemed, was the reason they joined the Israeli military.

My son also spoke about joining up when he was at Camp Ramah. When 9/11 struck, Josh was 12 years old and for years afterward he talked about joining the American Army. An Israeli counselor began talking to him about how much Israel needed help and how being an Israeli soldier was better than being an American one.

When I asked my son why his counselor felt that way, he said the counselor believed fighting for America was important, but Israel was part of our heritage and identity and the only homeland Jews had ever known. I have to say while I understood this, I was also becoming nervous about what my son was hearing.

I was trying to be objective, but I am a mom, and moms are not good at wanting their sons to go into the military (at least not this mom). At the same time I felt selfish, thinking of all the mothers out there whose sons and daughters do go. Ultimately, my son’s plans changed as he got older and he ended up going to Lawrence University to major in vocal performance at the Conservatory there.

But on the night he left for school, I found myself thinking about what he and I both would have encountered if he had gone to Israel or the U. S. Army. I became more and more curious about the Minnesota teens who joined the Israeli Army and what motivated them. I decided I had to talk to them and had to write a play.

The characters I wound up with echoed what I had learned: the young Minnesotan men and women joining the Israeli Army wanted something more than an American experience. They were drawn to the Jewish homeland far more than most of their American peers and felt out of place in a consumer-driven, superficial culture that focused mostly on money and appearances.

So much for the death of idealism. Talking to these soldiers made me realize that stereotyping any generation is a ridiculous idiocy, no matter what we are told in the media or fiction. If there was a common thread between the young people I interviewed, it involved a passion for Israeli and Jewish identity most American Jews don’t share. To them, joining up really meant going up (or Aliyah, the Hebrew word for emigrating).

My own son will be in Israel for his junior year at the Jewish Theological Seminary, where he is studying to become a cantor. I can’t help wondering what that will be like. The passion I found during my interviews leaves me wondering: what happened in these young soldiers’ lives that brought them to Eretz Yisroel? Was it Jewish camp, day school, religious families, Birthright, what?

Or was it a longing for something outside of the ordinary, a romanticism or lyricism or a deep need for a different kind of life? Standing on a Jerusalem street corner on the one trip I made to Israel, I had an overwhelming feeling that most of my life had been spent asleep or in hiding. The Israelis I saw all around me, on the other hand, seemed alive in ways Americans were not; their hearts awake and on their sleeves.

If my perceptions are any indication of what the Minnesotan-Israeli soldiers feel, I can understand their need to change course. I would prefer they not have to engage in combat to find a new life—but I can see why they made the decisions they did. And I want them to find what they are looking for.

Of course, my mother’s heart also wants them to find peace.

This post was written by Jenna Zark and originally published on TC Jewfolk. Follow TCJewfolk on Twitter:@tcjewfolk.