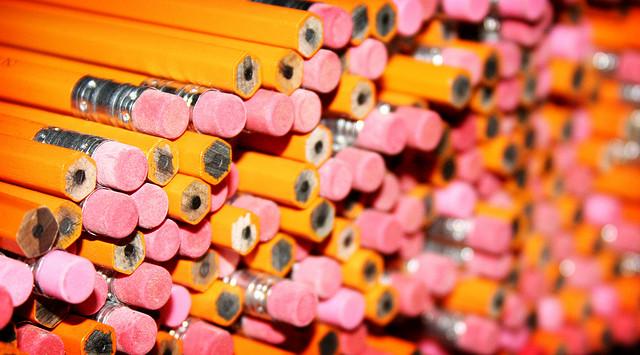 But now that I’ve been professionally successful for a few decades, I’ve been thinking about those tests in a different way.

While reading through questions, I’d continually think about all kinds of extraneous things:

Why? What? How? You don’t need to be Stanley Kaplan to understand how this kind of frivolous intellectual meandering hurts standardized test performance. Every moment I was diverting thoughts to those kinds of questions is obviously a moment I wasn’t solving problems.

But I couldn’t stop myself. Today they might say I had inattentive type Attention Deficit Disorder. In those days teachers said I was “dreamy” or “spacey,” and they were correct. I was more successful in the classroom, where time was much less of an issue and different things were evaluated, but my off-topic musing was devastating when it came to tightly timed standardized tests.

But in later years, I’ve had an epiphany of sorts about all of this: It occured to me that the thought processes I was using when I should have been focused on the standardized test is precisely the kind of thought processes that has made me successful on a professional level. I get hired because people say I’m analytical, creative, unconventional, curious about a wide variety of subjects, a persuasive writer, and can put myself into others’ heads.

In other words, if I had been better at the things that made me a poor standardized test taker, I might have stunk at my chosen career.

The realization that standardized tests weren’t entirely correct in their verdict about me doesn’t make me want to ban standard tests. Many poor test takers seem to go there, but I don’t.

A world without standardized tests certainly would have been good for me, but I don’t think it would be good for society collectively. Standardized tests are necessary for holding administrators, teachers and students accountable, and for helping administrators, teachers and students understand specific weaknesses and strengths, so they can use that knowledge to improve. These tests are far from perfect, but relying solely on random anecdotal evidence presented by people with self-interested agendas is much worse.

Last week, Governor Dayton announced that he was recommending a reduction in the number of standardized tests used in the k-12 system, from 21 to 14. I haven’t studied the issue nearly enough to be qualified to judge the specifics of his recommendation. But whatever the optimal number of tests, I am glad that most of the standardized tests that I detest will continue to be used.

We don’t need to do away with standardized tests. What we need is for counselors, teachers and parents to be doing more to help kids understand what test results do and don’t mean. We need lower scorers to understand that, while the ACT, SAT and GRE will close some doors, research indicates that they still can be academically successful.

As scores are being shared, students should be told this broader truth: Lots of people with great test scores struggle mightily in their careers, while lots of people with poor test scores excel. More importantly, students should study why both of those things happen. They should study the role effort, creativity, and passion will play in making their post-standardized test lives. We need to explain the ways in which adults routinely turn their disadvantages into advantages, and how the skills and knowledge evaluated on standardized tests aren’t necessarily the skills and knowledge needed to succeed in many fields.

The problem with standardized tests is not that they exist. The problem is that we do too little to help dazed and confused test takers put their scores into proper perspective. If we were just a little more deliberate and thoughtful about helping students gain a deeper understanding of what their test scores do and don’t mean, we could make this necessary evil slightly less evil.