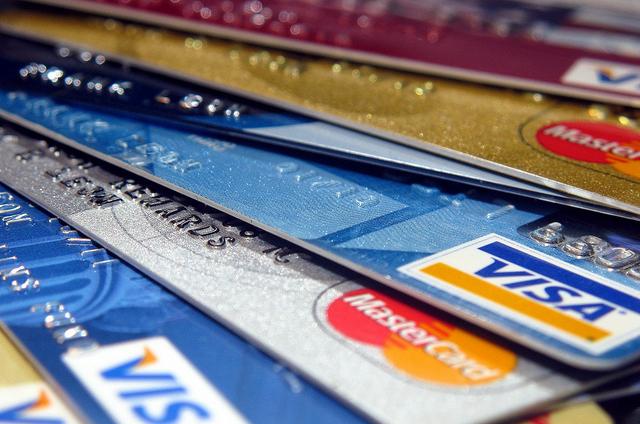 CC/Flickr/frankieleon
When it comes to debt, House Republicans are the equivalent of your friend who uses one credit card to pay off another credit card.

But you know what gets most family budgets in the most trouble? Debt. Credit card debt. Mortgage debt. Payday loans. Borrowing from friends. Debt is something to be careful with, to manage properly. And, quite frankly, it should only be tapped into when absolutely needed.

Republicans are always careful about raising taxes that will put a strain on those family budgets. But when it comes to debt, they are the equivalent of your friend who uses one credit card to pay off another credit card. Or taking out a loan and stretching it out over years because it will keep the monthly payment down — even though the total amount of money paid can double or triple in regards to the original loan.

That is what the MN GOP House is doing with transportation funding. They are avoiding what we should pay now by adding to debt that we must pay later. And while that may not involve a tax increase, we do pay more. We pay for that bonding. We pay interest, we pay brokerage fees, we pay other administrative costs. And since we lost our AAA bond rating in 2011 (down to AA+), we also pay a slightly higher interest rate than we did before.

But just like families who don’t think about the long term effects of debt, the House Republicans are ignoring that aspect of the budget. The budget debt service — the percentage of the state budget that goes to paying down our debt and its interest — has nearly doubled since 2000 (1.8% to 3.4%). Granted, that is probably not an unmanageable number considering current interest rates. But why do it if it is not necessary? And especially — why increase it beyond regular bonding proposals?

When it comes to transportation, the state of Minnesota has traditionally relied on user fees to pay for the MnDOT budget. Yes, there are trunk highway bonds which are regularly used, but the borrowing is usually kept to a minimum. But what the House Republicans are proposing is a significant increase in bonding for this purpose. And, in addition, they are going to shuffle money in the regular MnDOT budget and push it to roads and bridges at the expense of already proposed projects — a lot of them mass transit related. Which puts more future projects in jeopardy.

But the worst flaw in this “plan” is that it does not increase or create consistent revenue streams for transportation. It is obvious that we need an infusion of increased money (both Democrats and Republicans agree on this point at least) into transportation. And the critical problem is that this money needs to be a constant going forward. Our transportation needs are growing (along with our economy) and the MnDOT budget is not going to level off any time soon.

Gov. Dayton and the MN Senate understand this and have budgeted accordingly. Only the MN House holds the state back in this regard.

So, in essence, this House GOP effort to save you an increase in taxes in the short term is costing you (and the next generation) much more in the long term.

That is not sound fiscal stewardship. It is a revolving credit card of poor judgement.

If the state’s budget is like a family’s, why is the Minnesota GOP so willing to take on debt?