Ken Martin has been on the job as the DFL Party chair for less than two weeks.

One change from his predecessor, Brian Melendez, has been immediate. Melendez handled the position as a volunteer, turning over many duties to staff. Martin will be doing this as a full-time job.

And, given the outcome of the November elections and the shaky status of DFL finances, full time will be required.

Few could be in a position to better understand the party’s needs than Martin.

He was executive director of WIN Minnesota, the progressive independent-expenditure organization that raised substantial amounts of money from unions and Dayton family members. Those funds were turned into ads attacking Republican gubernatorial candidate Tom Emmer. In the wake of the election, Martin headed Mark Dayton’s recount team.

Additionally, he’s been a longtime party activist, holding a variety of offices. 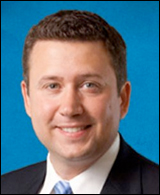 Earlier this week, Martin took time out to answer a few questions from MinnPost. With the exception of party budget issues, he spoke candidly.

What of the party’s finances? I asked.

The rest of the question-and-answer conversation was a little less guarded.

MinnPost: When you look at the elections of 2010, what do you see?

Ken Martin: There are several things. There was a huge enthusiasm gap in the last election cycle. Democrats were demoralized going into the last election. There was a feeling that leaders in Washington and the state had not delivered. I’m not saying their attitude was correct, but that’s how they felt. There were high expectations coming out of 2008. The president had to focus on what he had to focus on, things like health care. Progressives were feeling left out. That enthusiasm gap never shrank.

MP: Could the state party have handled things differently?

KM: Part of the strategy was to focus on independents and swing voters. We never really talked to our base. In 2010, there were 94,000 fewer (base DFLers) than in 2006, which was a like year. You know there’ll be a drop-off from a presidential election year so you want a benchmark to another similar election. When you look at where the dip occurred, it was in the metro area. There was lower (base) turnout.

MP: Why the huge drop-off?

KM: The first thing is the base didn’t show up. The second part of that is the messaging. The Republicans have figured it out. Their message is a basic value proposition: Get government off your back and out of our lives. I’m not saying it’s right, but it’s a concise message. Every issue — guns, abortion, taxes — comes back to that. They use very simple language. We don’t do that. We try to educate voters, reason with them. What we have to do is come up with a similar values proposition. It’s important how you frame the message. There’s a reason people like Palin and Bachmann are effective. They have a simple, emotive message. We have to be able to do that. We’re losing our bread-and-butter supporters. The counter to getting government out of your life can’t be “more government.” That is not a winning message.

MP: Why was Dayton able to win, though closely, in such a big Republican year?

KM: What’s interesting about 2010 is that you couldn’t find two more polar opposite messages. Cut taxes and Mark Dayton’s message, tax the rich. There’s a reason both were successful. Voters saw people who were standing up for what they believe in. Concise and simple. … The issue couldn’t have been [campaign] money. We [the DFL] outraised them on every level. We did a great job on that front.

MP: Do you see different circumstances heading into the 2012 elections?

KM: That’s why I think there’s reason for optimism. I think Democrats have a little more fight in them now. President Obama and Senator Klobuchar will help drive turnout of our base.

MP: Did the failure of Jim Oberstar to hold his seat stun you?

KM: That district has changed a lot over the years. But the fact is, Chip Cravaack ran a really good race throughout. Oberstar ran a good race at the end, but I think he was caught flat-footed. That, coupled with the low base turnout, including on the Range, was the difference. I feel optimistic we can win that seat back.

MP: Any guesses as to who might surface as the Democratic candidate in the 8th District to run against Cravaack?

KM: “The funny thing is, I think the top tier candidates have taken themselves out of the race. But I think you will see the next congressman in the 8th announce [a candidacy] in the next couple of months.

MP: Is the Tea Party movement here to stay? Will it strengthen or weaken the Republican Party?

KM: It’s too early to say. They’ve had their moment in the sun. It’s way too early to know how important they’ll be in 2012. … I think the Tea Party movement does weaken the Republican Party. It moves the Republicans more and more to the extreme right.

KM: I think that’s true. But we have to look in the mirror: Why is that the case? The parties have become more and more marginalized. There has been an explosion of groups like WIN Minnesota. But the other side of the coin is that if parties sell their vision the right way, they should be able to convince donors to contribute. You can’t blame the landscape for your money

MP: The DFL had great success in the suburbs in 2006 and 2008, but its candidates were wiped out in November. What must change?

KM: Here’s the task: Our party is more and more concentrated in the urban cores. The suburbs and exurbs have become more and more Republican. If we don’t expand our base, we will become a permanent minority party. That’s the challenge. We can’t win with our base alone. The base is important. But if all the base shows up and we don’t get anyone else, we don’t win, either.

MP: You seem to have a big problem. Your base was listless in November because political leaders weren’t pure enough. But if you please the purists, how can you broaden the base?

KM: From my perspective, you can never be pure. As Democrats, we do care about some basic values, but we have Democrats of all stripes in this party. You can’t run the same type of Democrat in every district. We have to find what unifies us all. What is the tie that binds? What unifies a Tom Rukavina with a Dick Cohen. They are very different, but there is a commonality that binds them.

MP: Have Democrats ever been in worse shape?

KM: There have been more dire times. But it is true that around the country this was one of the worst defeats we ever underwent. [In Minnesota] losing the Senate was a surprise to people. Now that Republicans control both the House and the Senate, they will do a lot of things, including constitutional amendments, that I don’t think are good for the state.

MP: You’ve been on the job for two weeks. So are you more or less optimistic than you were?

KM: I’m generally optimistic. If Sen. Klobuchar would lose, we would have deep problems. She’s the most popular member in the entire Senate. I think the president will win the state and so will Sen. Klobuchar and that the base will turn out to support the top of the ticket. I’m confident about the 8th [Congressional District) and the Legislature. We have work to do, but I believe we’ll be ready.”