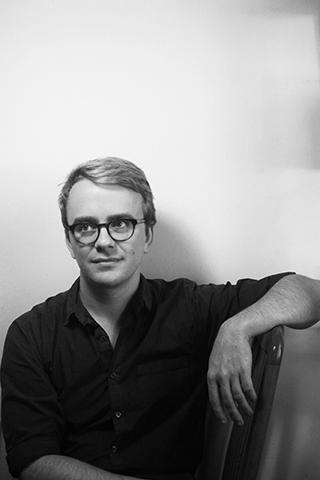 In the 1980s there was a panic in America, a moral panic. Satanists and deviants, it was feared, were everywhere, operating secretive sects that targeted children for ritual sexual abuse. The panic spread across the country, to small towns. It destroyed communities in New Jersey, Florida, Texas, and many other places, including Minnesota where in Jordan, just southeast of the Twin Cities, some 23 innocent people were charged by prosecutors for these crimes, charges which were ultimately dismissed. The charges were false. The wild accounts of orgiastic abuse were elicited with leading questions from prosecutors and therapists. In the end, more than 190 people across the country were formally charged in these cases, and 80 were convicted. People like former Attorney General Janet Reno launched their careers off them.

In his new book, “We Believe the Children: A Moral Panic in the 1980s,” Richard Beck, an editor at n+1 magazine, looks at the causes of the panic, the evidence, the trials themselves and their effects. In doing so, Beck has begun the long-overdue process of helping us come to terms with the cost of our modern-day witch hunt, which destroyed trust and ruined lives, not only of the accused, but of children who were coaxed into accusing their own parents of the most heinous crimes imaginable. It also changed the way we view the world our children live in.

MinnPost: Looking back on all this, it seems insane that we believed this. I know you have some thoughts on the root causes of the panic. Can you say briefly what you think those were? Was it something about the way society was changing, with more parents working. Was it the fear of the changing moral landscape?

Richard Beck: My argument is that the day care ritual abuse panic was caused by widespread social fears about the changing status of the nuclear family. Throughout the 70s, many women had taken white-collar jobs for the first time, and of course day care was what made it possible for those women who were mothers to also work. Anxieties about these transformations and the effects they could have on children focused in on day care in the 1980s.

MP: Was there any pattern to the way a panic started in a community?

RB: Most of these cases started with a fairly normal or mundane allegation. It wasn’t until therapists, social workers, or detectives had interviewed the children involved — often at length, and often coercively — that the more fantastic allegations came about.

MP: Is that how the case developed in Jordan, Minnesota?

RB: That case started because a man named James Rud, who lived in a trailer park and worked as a trash collector, really was molesting some children who also lived in the trailer park. It was because of the child interviews that took place as a part of this small investigation that things began to get out of hand. And then James Rud said he would testify that he had been to sex parties with children and many other adults from the area in exchange for a reduced sentence, which he received. That’s when things got really out of hand. 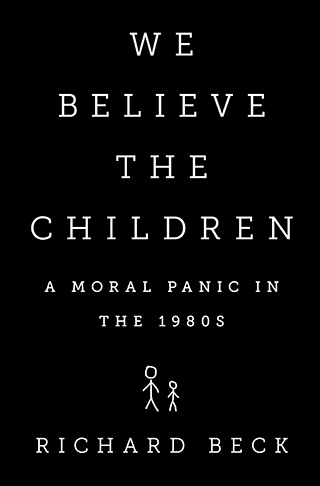 MP: Do you have any idea if that’s had enduring effects on the town?

RB: All of these cases, because of the number of people they involved, and because of how divisive they were within these little communities, had enduring effects. Even defendants who weren’t convicted lost enormous sums of money, their houses, etc., to the lawyers they had to hire to defend them. And because there was so little handed out in the way of compensation afterward, I think these cases still bring up very strong emotions.

MP: You write a lot about the current state of the research on the notion of “recovered memories.” Has that idea been laid to rest?

RB: Yes, by mainstream psychiatry, but it never goes away entirely. The idea that you can repress and then recover buried memories of horrible, traumatic events that happened long ago is such a durable part of popular culture. There was also a terrific piece in Pacific Standard last year describing a residential facility in St. Louis, the Castlewood Treatment Center, that it still essentially practicing recovered memory therapy (I don’t know whether they’ve stopped in the wake of the PS article).

MP: I’m interested in the role of belief in these panics, of who we believe and why. What’s your take on that?

RB: I think we tend to believe people who tell stories that conform to our anxieties and beliefs about what the world is like at large. In the 1980s, we believed that children were victims of ritual abuse because many adults already believed that the rise of day care said something ominous about society. Today, we often don’t believe women who say they were assaulted by famous athletes, for example, because we’d rather keep watching [the athletes] perform than hold them accountable.

MP: To date, have we begun to come to terms with this? Have people taken responsibility, or been held accountable?

RB: The psychiatric profession really did make a concerted (though not totally complete) effort to stop practicing recovered memory therapy. And we’re also seeing the beginning of a shift in the judicial system in which prosecutors are going to lose some of the massive powers they acquired for themselves in the 1970s and 1980s. We also have better standards in place for forensic interviews with suspected child victims of assault.

In terms of real, personal accountability, though, there hasn’t been much. Janet Reno oversaw the prosecution of one of these cases in Miami and went on to become Bill Clinton’s attorney general.

MP: What’s been the effect on the children themselves?

RB: Extraordinarily varied. Some children have come out publicly to say they know nothing happened to them, some continue to maintain the abuse took place, and the vast majority haven’t said a thing. I interviewed one woman, though, who was involved in one of these cases, and she very eloquently described how the investigation’s effects stretched into her adult life. She was well into her twenties before she felt like she had a handle on what happened to her (in the therapist’s office, not in the day care) and what that meant.

MP: You write that child molesters have a low recidivism rate, yet we still fear them more than other violent criminals. Is that because of these child-abuse panics?

RB: Yes. Those fears are the direct products of the day care ritual abuse hysteria, children beginning to appear on milk cartons, “stranger danger,” the Etan Patz abduction in New York in 1972, etc. The ’70s and especially the ’80s are when the trench-coated child molester as social bogeyman came into being.

MP: Is there any current equivalent to these case? Anything we will be looking back on in 30 years and shaking our heads about?

MP: What lasting effect has this all has had on our culture?

RB: There is a basic, omnipresent belief in U.S. culture now that young children are in some kind of sexual danger when they are out in public, especially if they are out in public and not with their parents. The last couple years have seen a few stories of parents who were arrested for leaving their children alone in public parks for a brief period, or for leaving them in a car on a cool day while they went for a job interview. Those arrests are a direct result of this panic.

Richard Beck will be reading from his book at Magers & Quinn Booksellers in Minneapolis this Friday night at 7 p.m.