Arts & Culture
MNopedia
This content is shared with MinnPost by MNopedia, the digital encyclopedia created by the Minnesota Historical Society and supported by the Legacy Amendment’s Arts and Cultural Heritage Fund.
Aug. 19, 2014 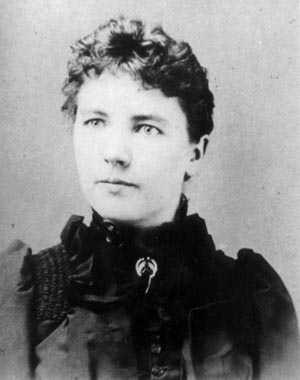 Laura Ingalls Wilder was sixty-five when she published Little House in the Big Woods, a novel for young readers inspired by her childhood in the Big Woods of Wisconsin. Her book, and the others that followed, made her an icon of children’s literature. The Little House series offered generations of children a glimpse into life on the nineteenth-century American prairie and immortalized a sod house on the banks of Minnesota’s Plum Creek.

Laura Elizabeth Ingalls was born on February 7, 1867, near Pepin, Wisconsin. She was the second of Charles and Caroline Quiner Ingalls’ five children. In 1868 the family left the Big Woods of Wisconsin, probably moving first to Missouri before continuing to territory in southern Kansas that was part of the Osage Indian Reservation. However, the Ingalls family, along with the other settlers who had hoped to stake a claim on Osage land, was soon forced to leave. They returned to Wisconsin around 1870.

The family’s frequent moves highlight the differences between the facts of Laura Ingalls Wilder’s life and the fiction that she created. In the Little House books, the Ingalls family leaves Wisconsin late in Laura’s childhood and follows a direct path from Wisconsin to Kansas. In reality, their movements were more complicated and were undertaken when Laura was quite young. As an author Wilder frequently smoothed, altered, and simplified the events of her life when creating the fictional Laura.

In 1874, the Ingalls family left Wisconsin again. This time they were bound for Minnesota. Charles Ingalls bought a 172-acre farm outside the new town of Walnut Grove and moved his family into a sod house on the banks Plum Creek. The Ingallses were active participants in the growing town on the southwestern Minnesota prairie. Laura and her sister, Mary, attended the local school. The family was among the earliest members of Walnut Grove’s Congregational Church.

Their stay in Walnut Grove was cut short by crop failures in 1875 and 1876 caused by the grasshopper plague that was sweeping the area. They left their farm and moved east, settling briefly in Wabasha County with extended family. There, the youngest Ingalls child, a son born in Walnut Grove, sickened and died. In the wake of these hardships, the family moved south to Burr Oak, Iowa, where Charles and Caroline had arranged to manage a hotel in partnership with another couple, the Steadmans.

The family returned to Walnut Grove in 1878. However, a year later, when Charles Ingalls took a job with the railroad, they moved again, settling in De Smet, Dakota Territory. The family lived in De Smet throughout the rest of Laura’s childhood, and her four final books are set there.

When she was fifteen, Ingalls qualified for a teaching license and began teaching at local schools. In De Smet she met New York native Almanzo Wilder and married him in August 1885 The couple had a daughter, Rose, in December 1886, and a son who died shortly after his birth in 1889.

After the couple settled on a farm near De Smet, multiple setbacks —including a bout of diphtheria that nearly killed Laura and Almanzo, crop failures, and a house fire — forced the couple to relocate. They moved first to Spring Valley, Minnesota, where they lived with Almanzo’s parents, and then to Westville, Florida before settling more permanently on a farm in the Ozarks near Mansfield, Missouri.

Wilder was an active member of the Mansfield community. She helped to found discussion societies and a loan association for farmers. She became an avid writer, publishing her first regular column in the Missouri Ruralist in 1911. By the following year she was also the editor of the home column.

In 1930, Wilder set out to write the story of her life. With the help of her daughter, she revised her manuscript “Pioneer Girl” into a series of stories for children. In 1932, Harper and Brothers published Little House in the Big Woods, launching the series that would make Laura Ingalls Wilder one of America’s best-known authors for children. Seven books followed over the next eleven years, including On the Banks of Plum Creek, which describes the character Laura’s life on the Minnesota Prairie. Wilder died in Mansfield, Missouri on February 10, 1957, just three days after her ninetieth birthday.