Arts & Culture
MNopedia
This content is shared with MinnPost by MNopedia, the digital encyclopedia created by the Minnesota Historical Society and supported by the Legacy Amendment’s Arts and Cultural Heritage Fund.
Jan. 20, 2015 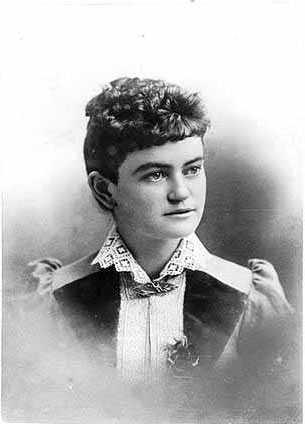 In 1888, a St. Paul Globe exposé of women’s working conditions penned by “Eva Gay” launched the career of Eva McDonald Valesh, a young writer. During the time that she lived in the state, Valesh left a big impression on Minnesota journalism, politics, and labor organizing.

Born in Maine in 1866, Eva McDonald moved to Minnesota as a child. One of her early jobs was as a typesetter in a print shop, where she joined a typographer’s union. Her interest in labor issues was sparked by her work experience and by her upbringing as the daughter of a politically active carpenter.

The first of her numerous Globe articles, written under the name “Eva Gay,” was titled “‘Mong the Girls Who Toil.” It revealed the long hours, unhealthy conditions, and low wages faced by women who worked in a local garment factory, the Shotwell, Clerihew and Lothmann firm. When the women at that factory went on strike less than a month later, McDonald’s article was credited with setting off the protest. She continued writing for the Globe for more than a year, going undercover as a factory worker, a domestic worker, and a store clerk. Although employers across the Twin Cities swore they would not be tricked, McDonald’s youth, tomboyish appearance, and ragged costumes always got her in the door.

McDonald quickly became a star in the Minnesota labor movement. Her intelligence, passion, and poise made her a popular public speaker. She spoke across Minnesota in support of the Knights of Labor and their movement for an eight-hour workday. She was also elected State Lecturer of the Farmers’ Alliance. As she lectured across the state, McDonald continued to work for the Globe as the editor of their labor section. She directed their coverage of the violent 1889 street railway strike of Minneapolis and St. Paul.

In 1888, McDonald became the first woman to run for the Minneapolis School Board for the Democratic Party. Women could vote in school board races but most did not support McDonald. Her working-class allegiances made her suspect in the eyes of many middle- and upper-class women.

McDonald’s 1891 marriage to Frank Valesh did not slow down her career. However, her public life was significantly limited after she nearly died giving birth to their only child, Frank, in 1892. After recovering, she edited a labor column for the Minneapolis Tribune. She was also was chosen to introduce Populist presidential candidate Williams Jennings Bryan when he spoke in the Twin Cities in 1896.

In 1896, Eva McDonald Valesh left Minnesota for New York City and lived the rest of her life on the East Coast. After leaving the state, McDonald Valesh worked for Samuel Gompers, the leader of the American Federation of Labor. She also worked as a reporter, published her own magazine with her second husband, and became involved with charitable and relief work. She died in Connecticut in 1956, at age 90. She spent the last decades of her life as a proofreader for the New York Times.