At the last Democratic debate, Sen. Elizabeth Warren wanted to make a point: “Everyone on this stage except Amy and me is either a billionaire or is receiving help from PACs that can do unlimited spending.”

While that claim has been challenged, part of it was indisputable: Sen. Amy Klobuchar did not have a Super PAC backing her.

A week out from the Nevada Caucus, a group called Kitchen Table Conversations filed with the Federal Election Commission on Friday, with the stated goal of assisting Klobuchar in maintaining momentum after a third place finish in New Hampshire. The group intends to operate as a Super PAC, meaning they can spend unlimited amounts of money as long as they do not coordinate directly with the campaign.

“As mid-westerners, we know Amy. With your help, so will America,” the group’s website reads.

“Amy knows families come together around the kitchen table. There, we tackle problems and make some of the most important of life’s decisions.” 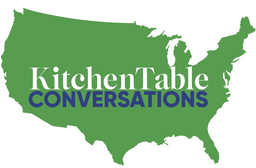 But this PAC is not explicitly aligned with a corporation. Instead, it seems to be created by prominent operatives within the Minnesota Democratic Farmer Labor party.

Kitchen Table Conversations’ statement of organization lists two people: Richard Carlbom and Kristen McMullen, two prominent DFL activists that work at UnitedStrategies. Both were heavily involved Minnesotans United for All Families, a 2012 campaign to stop a constituional ban on same-sex marriage in Minnesota.

Representatives for the group did not respond to request for comment by publication time.

At one point, most of the candidates still on the debate stage actively rejected any outside support from Super PACs. But Joe Biden, who initially rejected all Super PAC money, dropped his opposition to Super PAC assistance in October. Since then, Unite the Country, a pro-Biden Super PAC, has spent at least $6 million in favor of the candidate. Former Mayor Pete Buttigieg’s campaign has signaled to Super PACs that they should be spending money in particular ways. While he actively rejects Super PAC support, Sen. Bernie Sanders is supported by a Super PAC set up by National Nurses United that is funded by member dues.