Everyone knew that the first Hmong refugees who came to Minnesota had experienced atrocities during the Vietnam War, experiences that had scarred many for life. But when members of this group were assessed for mental illness during routine health screenings, doctors began to realize that something had to be wrong — not with the Hmong people, but with the screenings themselves.

“It was clear that the screening just wasn’t designed for a Hmong-refugee audience,” said Darin Brink, M.D., a physician and associate professor at the University of Minnesota’s Department of Family Medicine and Community Health. “With the Hmong, we discovered that you can have a concept and a list of questions that work great in one culture, but are totally wrong for another.”

In the standardized screen for depression, doctors asked Hmong refugees a question that is commonly asked of nonrefugee patients: “Did they agree with the statement: ‘Sometimes I think I’d be better off dead?’”

“If most Americans said yes to that this comment, it would be alarming because it usually means that this person is suicidal,” explained Dr. Brink, who also supervises residents working with refugee communities at St. Joseph Hospital’s Bethesda Family Medicine Clinic in St. Paul. “But the Hmong who first came to the Twin Cities almost always said yes to this question.” Why? “From the Hmong point of view, this is a philosophical question,” Brink continued, adding that doctors felt confident that, despite what the screening questions revealed, a majority of their Hmong patients were not suicidal. “From a Hmong perspective, is it easier or more pleasant to be in the afterlife with your loved ones who have passed away? To many Hmong, the answer might be yes. So if you directly translate that question for a Hmong audience, especially one that is new to this country, it is not going to be a good measure of depression.” 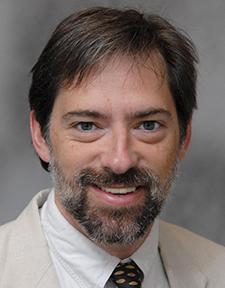 This experience with the Hmong refugee community made it clear to public health professionals in Minnesota that when it comes to refugee populations, there is no one-size-fits-all approach for finding out about the state of a person’s mental health.

For the past several years, a group of Minnesota-based physicians, public health workers, mental health professionals and representatives from different refugee communities have come together to develop a set of culturally specific screening tools designed to measure the mental health of some of the state’s newest residents. In the last few months, a shorter version of those screening questions have debuted at select clinics serving refugee populations.

The statewide effort has been championed by Patricia Shannon, associate professor at the University of Minnesota’s School of Social Work. Shannon, who came to the university after more than a decade supporting refugees and asylum-seekers at the St. Paul-based Center for Victims of Torture (CVT), has been working to develop a new set of measures that can help health-care providers accurately determine whether refugees suffer from post-traumatic stress disorder (PTSD) or depression.

Mental health is just as important as physical health, Shannon believes. These culturally specific tools can help direct people to the help they need. And the sooner mental health concerns are identified and treated, the better the prospects for a refugee’s long-term success in the adopted country. 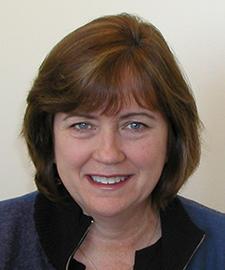 “Many refugees find that if their mental health concerns aren’t treated early on, they tend to worsen over time,” Shannon said. “I see this system of mental health screening as a great opportunity to address refugee needs as soon as possible, before they grow into a larger disability. Between 30 to 50 percent of refugees report experiencing trauma in their countries of origin. These populations are at risk for serious psychiatric distress. We are trying to make it a major public health concern.”

When mental illness is not identified or treated in refugee populations, the impact can be long-lasting, on refugees, their communities and their families, Shannon said.

“What I like to say is that we have a narrow window of opportunity to detect refugees who are suffering with PTSD and depression. When I worked at CVT, it was not unusual for me to see refugees who have failed out of the refugee process because their mental health symptoms weren’t identified early on. This impacts their ability to learn English, to resettle successfully, to maintain employment. They may also have chronic disease or back and body pain from untreated PTSD.”

Blain Mamo, refugee health coordinator for the Minnesota Department of Health, has worked with Shannon to identify the screening questions that are now being piloted. She said that establishing a policy of screening for mental illness as part of standard refugee health exams sends the message that Minnesota believes that a person’s mental health is as important as his or her physical health.

“If we want all refugees to have the opportunity to be productive and active members of society, we want to make sure they are healthy,” Mamo said. “The focus should not just be on individuals’ physical health but also on their mental health. We should provide holistic health care to all people.”

Developing screening questions designed to tease out whether a refugee is a good candidate for mental health assistance was a long process, Shannon said. Many people from developing countries do not have a vocabulary to describe symptoms of mental illness, and organizers needed to talk to the refugees themselves to understand the correct way to word their queries. 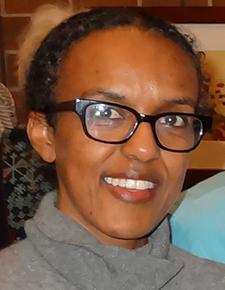 “One of the ways I started this project was trying to understand culturally based perceptions of mental health,” Shannon said. While people all over the world experience mental illnesses like depression and PTSD, different cultures have different ways of describing them. “There is a lot of variation in how people express depression, for instance,” Shannon continued. “Some of the symptoms may be the same, but the way they are described may be different. Along with that, there are cultural questions about whether it is acceptable to seek help for these issues.”

In order to develop the culturally specific screening tools, organizers pulled together focus groups with members of different refugee groups. Many focus group members were recruited from clinics that serve large refugee populations.

“We asked members of these focus groups, ‘How would you know if someone was not doing well psychologically?’” Shannon recalled. “We asked, ‘What would be some of the words you would use to describe depression or PTSD?’ ‘What would be acceptable ways that doctors or other health-care professionals could ask about these conditions?’”

Once those questions were compiled, Shannon said that organizers “looked for common symptoms across the groups. We knew we had to use language that all refugee groups would endorse.” After a list of screening questions was compiled and approved, it was piloted with local clinics serving Karen and Somali refugees.

One of the fastest-growing refugee populations in Minnesota is the Karen, an ethnic group from the mountainous border regions of Burma and Thailand. The Karen have been persecuted by the Burmese government, subject to ethnic cleansing and forced to live in refugee camps. Over the last five to seven years, the number of Karen refugees living in Minnesota has grown to over 6,500. St. Paul is now home to the largest Karen community in the United States.

“We were doing a lot of outreach and partnership with that community,” Dr. Letts continued. “We started to see that a lot of them had faced trauma in their past and were starting to manifest that here with depression and PTSD.”

Because Dr. Letts and his colleagues found it hard to clearly identify symptoms of mental illness in their Karen patients using the screening tools they had at hand, they were excited to work with Shannon’s team to develop the new screening questions.

“We wanted to talk about mental illness with our patients in a way that is culturally sensitive and appropriate,” Dr. Letts said. “Our patients had limited if any experience with speaking about mental health or the terminology of mental health. We needed a tool that they could understand.”

Before the screening tools were developed, Dr. Letts said, “There were many times where at some point during a discussion about mental illness I would realize that a patient thought I was talking about physical symptoms rather than emotional symptoms. In debriefing with interpreters after a visit that didn’t go so well, I’d learn, for instance, that the patient had thought that I was talking about their heart — literally their heart — because of the way the language was lost in translation. What I was trying to get at was their mood or their mental well-being. There were crossed wires.”

“Say a person comes in because they have pneumonia or bronchitis,” Dr. Brink explained. “By asking our culturally specific screening questions during the office visit, we also may identify a patient as likely having PTSD or depression. At that point, we ask if we can schedule a follow-up appointment to clarify the diagnosis. If it seems like the patient does have the diagnosis and is open to treatment, we would prescribe medication — or they could go to one of our refugee-focused mental health groups.”

The new set of culturally specific questions is being piloted in three different clinics in Ramsey and Hennepin Counties, Shannon said. She’s also taken her show on the road, traveling to Olmsted County to train public health workers in Rochester, another Minnesota city that is home to many different refugee groups.

“We started piloting these questions in January-February of this year,” she said. “We are just rolling them out now. We’ve been connecting with the clinics to see if they have any issues and offering to help where we can. We are also trying to work with clinics in Greater Minnesota, including Rochester.”

The U.S. government, Mamo said, supports prompt screening of refugees upon resettlement. By including culturally specific mental health screening as a standard part of these exams, Minnesota emphasizes the importance of mental health in overall health. By asking questions specifically designed for a refugee audience, the answers are more accurate, and patients are matched with the treatments they really need.

“We try to steer away from the Western model of asking questions,” Mamo said. “We ask things like, ‘Are you feeling sad?’ ‘Are you able to do your daily activities? ’With these questions, screeners try to ask things that that people would relate to naturally.”

In the end, the goal of the culturally specific screening program is to make sure that refugees suffering from mental illness get the treatment they deserve, Shannon said. “These conditions are treatable,” she added. “Refugees should not be suffering with untreated mental illness.”

By developing new ways to identify mental illness in refugee communities, Shannon hopes that stigma around seeking help for these conditions can be reduced. They want to send the message that mental illness is part of life for many people, and, like physical illness, it can and should be treated without shame.

Culturally specific mental health screening “should be an ordinary part of providing protection and resettlement services,” Shannon said. “I feel like the public health system can play an important role in normalizing these responses to stress. We believe that refugees shouldn’t suffer for the rest of their life, that they can be successfully treated. When you tell refuges that, it is very relieving. You can see the stress coming off of their shoulders when they see that they are not the only one who’s suffering like this.”