Each time a tragic or controversial incident strikes the Somali-American community in St. Cloud, Yusuf Haji is one of the first people to get to the scene.

Over the past several years, Haji has recounted numerous stories of high-profile events and boiling racial tensions through written and video postings for his Facebook audience of nearly 4,500 — making him one of the most visible activists in the city.

The latest episode came on the weekend after a knife attack turned a typical Saturday night at the Crossroads Center mall into chaos and confusion when a 20-year-old Somali-American, Dahir Adan, allegedly stabbed 10 people before he was fatally shot by Officer Jason Falconer of the Avon Police Department.

The incident began to unfold at the shopping mall at about 8 p.m. In less than an hour, Haji was on Facebook, posting images and videos of the center, speaking to witnesses about the incident that has shocked many in the Somali-American community.

Hours later, Haji appeared on a Facebook Live video with a woman named Natalie Ringsmuth to call for unity, and to discuss the possibility of retaliation against the Somali-American community, “It’s a very sad night for us here in St. Cloud,” Haji said in the video. “We’re praying for the victims … it’s going to be very shocking and a very sad night for all of us. It doesn’t look good for our community. It’s going to be really bad.”

The incident — which the FBI is investigating as a potential act of terrorism — delivered a major blow to Haji and Ringsmuth’s years-old effort to bring together the diverse residents of St. Cloud, a city that has seen a string of incidents hostile to its Somali-American community and other racial and religious minorities in recent years.

Ringsmuth, who was born in Texas and came of age in neighboring Sauk Rapids, had long been concerned with tensions between the growing Somali-American community and the predominantly white residents of St. Cloud.

Then, in 2015, a group of Somali-American high school students protested alleged racism from some students and administrators at St. Cloud Technical Senior High School. “I made the mistake of coming to the comment section [of the newspaper] and realized that not everybody felt the same way I did about my Somali neighbors,” Ringsmuth said of the public reactions to the protests. “I was pretty appalled by some of the stuff they were saying.”

In response, she founded #UniteCloud, a nonprofit organization aimed at resolving tensions between the estimated 6,000-10,000 Somali residents in St. Cloud and their white counterparts.

A couple of months later, Ringsmuth reached out to Haji, whom she met during the search for Hamza Elmi, a 6-year-old boy whose body was later found in the Mississippi River.

After several meetings with Haji, a Somali-American who was born and grew up in Kenya, she asked him to be part of #UniteCloud. Today, the pair is leading the organization, aided by a board that sounds like the setup for a joke: It includes a Jewish woman, a couple of Muslims, a few Christians, a secular humanist and an atheist.

“We wanted to create space online, where people could come together and talk — and then be able to be ambassadors of peace,” Ringsmuth noted. “That online-ambassadors-of-peace idea has turned into a sort of peace movement in St. Cloud.” 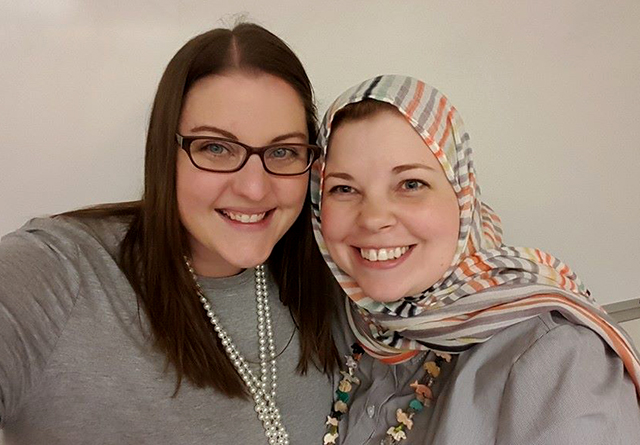 For nearly two years now, the movement has challenged anti-Muslim and anti-immigrant speakers — including the controversial Coptic Christian Usama Dakdok and conspiracy theorist Ron Branstner — who have appeared at St. Cloud churches, restaurants and community centers, often painting Islam as a hostile religion and a threat to the U.S. Constitution and the western lifestyle.

Speaking to a crowd of 100 people at the Landing restaurant in Avon earlier this year, for example, Branstner said that the United Nations sends Muslim refugees to St. Cloud and other parts of the U.S. “to divide and conquer, get rid of our Constitution, get rid of our way of life and implement it with another way of life called … sharia law.”

Ringsmuth said she noticed that older, white Americans in the Minnesota rural areas are often drawn to such events. “They’re there because they’re afraid,” she noted. “They’re fed a lot of lies about the Somali community and about Muslims.”

Through protests and online engagement, Ringsmuth and Haji have become known for their fights against anti-Muslim campaigns throughout central Minnesota. In February, after a billboard that asked “Catholic Charities Resettles Islamists: Evil or Insanity?” was spotted near St. Cloud, the pair helped organize a campaign by locals to pressure the Franklin Outdoor Advertising company to remove it.

A month later, Haji and Ringsmuth helped report a pickup truck in St. Cloud with a license plate that read “FMUSLMS,” causing a stir on social media. The state soon revoked the plate.

“I am appalled that this license plate was issued by the state of Minnesota,” Gov. Mark Dayton said in the statement. “It is offensive, and the person who requested it should be ashamed. That prejudice has no place in Minnesota.”

‘It’s going to be a long winter’

The Saturday night knife attack at the Crossroads Center has left many in the Somali-American community in St. Cloud shocked — with many asking what motivated Adan to take up a knife in an attempt to kill.

At a press conference Sunday morning, FBI Special Agent in Charge Richard Thornton said the bureau was investigating the incident as a potential act of terrorism, and the announcement was particularly disappointing to #UniteCloud leaders Haji and Ringsmuth. “It’s going to be a long winter for all of us, especially if it’s proven there’s terrorism ties,” Haji said. “It’s going to be really, really bad for all of us.” 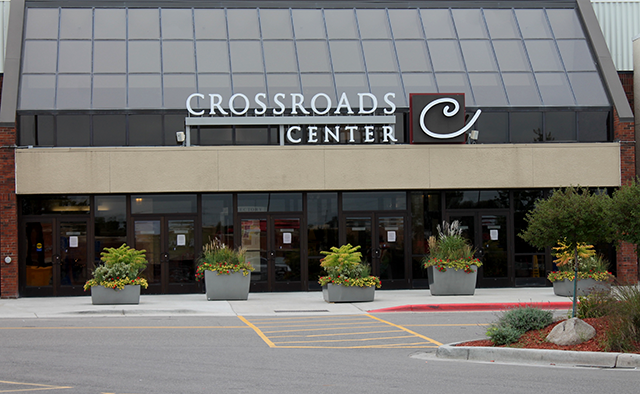 Nearly a week after the incident, authorities have yet to find any indication that the suspect had any connection to or inspiration from any terrorist organization. Still, the threat of retaliation that Haji predicted remains a very real one: One night after the shooting, Haji and other member of the community saw several pickups flying the Confederate flag roaming around Somali neighborhoods in St. Cloud, including an area near where Adan used to live.

And they are also preparing for yet another battle, to go back to square one with the greater community: to explain that the mall attacker does not represent the Somali-American community and that Islam does not condone violence.

“It takes a long time to heal from emotional wounds,” Ringsmuth said of the aftermath of the mall attack. “This is what a lot of people in our community are going to be dealing with for quite some time. That’s going to be an ongoing process for them. But we have to be there for them, especially for the victims.”

In wake of attack, activists working to reduce tensions in St. Cloud brace for ‘a long winter’