Halfway through the event, during a question-and-answer session, a woman in the audience rose from her seat.

“I don’t have anything to ask,” she told Keller as she fought back tears. “I just wanted to thank you for all your service to the immigrant and refugee communities in our state.”

Keller stood there, motionless, without saying a word.

The woman continued her remarks, which she eventually ended with a four-word sentence that left many in the room — save Keller — nodding:

As the executive director of the St. Paul headquartered Immigrant Law Center of Minnesota, a 20-year-old nonprofit that provides free legal immigration assistance to low-income immigrants and refugees, Keller is well known within the Twin Cities legal community. But the woman’s speech, and her sentiments, had a lot to do with what Keller has done since Trump issued a series of executive orders on immigration.

Keller has spoken at scores of events, forums and press conferences, detailing what the orders mean and the negative impacts they might have on foreign-born Minnesotans.

“Whenever there’s an immigration crisis, John always shows up,” said Sandra Feist, an attorney and member of the local American Immigration Lawyers Association. “He’s tireless … and always leading the charge.”

Take the day after Trump signed the first version of a travel ban, which barred citizens from seven Muslim-majority countries from entering the U.S. In the morning Keller had a private meeting with Sen. Al Franken and Sen. Amy Kloubuchar. A couple of hours later, he appeared at a press conference with the two senators to denounce the order. And in the afternoon, Keller spoke to hundreds of people who gathered at Minneapolis’ Brian Coyle Center.

“Wherever our voice needs to be heard,” Feist said, “he’s there.”

‘Defender of the Constitution’

In fact, Keller has been fighting each storm affecting local immigrants and refugees for nearly 20 years. That includes the massive 2006 raid in Worthington that targeted undocumented immigrant workers, and the recent executive orders that called for deporting millions of residents and the travel ban.

Through that advocacy, Keller has become a highly respected figure within immigrant and refugee communities across the state. In interviews, many who’ve dealt with the soft-spoken lawyer describe him in terms similar to those used by the woman at the Lutheran Social Service event.

Rabbi Morris Allen, of Beth Jacob Congregation in Mendota Heights, met Keller nearly a decade ago through advocacy service for undocumented workers facing deportation after getting caught up in raids ordered by the Bush administration in 2006.

“I came across John Keller in really powerful ways as an ally, someone who really lives with the intensity about human dignity in a way that you only wish all of us could emulate,” Allen said. “His work is what’s protecting as many people as possible in a world that’s filled with xenophobia.”

Keller, though, says that “declaring victory and saying we’ve done something heroic” is premature. “We have a long way to go.”

Asked what he was thinking when the woman at the event called him a hero, he replied it was hard to think about only those he was able to assist. “Part of what always goes through my mind in this time is how many people we cannot help,” he said.

In the wake of the immigration executive orders, however, Keller learned something he didn’t know about himself. “I’ve never been so proud or honored to be a lawyer and have this privilege directly defending the Constitution,” he said. “I don’t think I’ve seen my work as a defender of the Constitution in any way close to what we’re doing right now.”

During his career, Keller has worked with communities of all faiths and backgrounds through his service at the center, which has five offices in St. Paul, Worthington, Austin and Moorhead.

This year, however, the chaos Trump’s executive order created took Keller to places where he hadn’t spent much time: Islamic centers. “We were in mosques more than I’ve ever been,” he said. “I pulled in additional attorneys to help with some of the demand we couldn’t meet.” 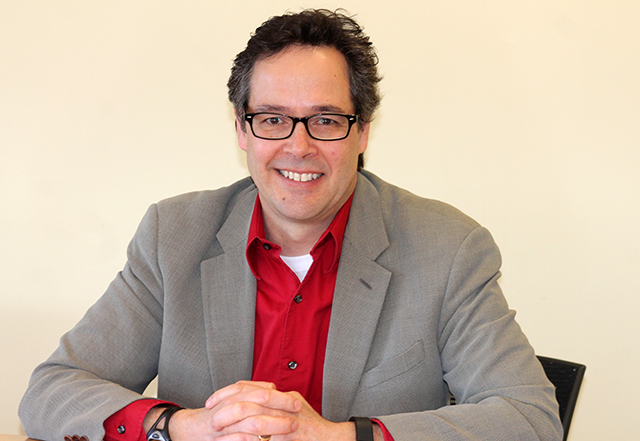 MinnPost photo by Ibrahim Hirsi
John Keller: “Part of what always goes through my mind in this time is how many people we cannot help.”

Part of Keller’s newfound prominence is also due to the simple fact that, no matter what day of the week or what time of day, he shows up — to every event, whether it’s in the Twin Cities or in Greater Minnesota.

In February, for instance, he offered a “Know Your Rights” presentation to more than 300 people at St. Mary’s School in Worthington, which has a large immigrant population, many of whom are undocumented.

And one day in March, he addressed hundreds of people at the State Capitol about the Deferred Action for Childhood Arrivals (DACA) and its impacts. That same evening, he did a presentation on the negative consequences the executive orders could create — in Duluth.

‘People depend on him’

In addition to speaking at events and advocating for policies that might help improve the lives of immigrant communities, Keller represents individuals with legal assistance in court.

The most prominent immigration case he was involved was that of Mushkaad Abdi, a 4-year-old Somali-American girl who couldn’t join her mother and siblings in Minnesota because of the travel ban, which barred people from Somalia, Syria, Iran, Libya, Yemen and Sudan from entering the U.S.

Soon after Keller learned about Mushkaad, who had completed the vetting process in Uganda, he reached out to the girl’s mother, Samira Dahir, and asked if she was working with a lawyer.

Dahir wasn’t, so Keller offered to represent Mushkaad while working closely with Klobuchar and Franken in an effort to reunite the girl with her family in Minneapolis.

On Feb. 2, Mushkaad arrived at the Minneapolis-St. Paul International Airport.

“I was driving home, I think two or three days later, later at night,” he said. “I heard Secretary John Kelly from Homeland Security being questioned in Congress. A member of the House or the Senate was asking him how the United States is safer by preventing a little girl who is holding a teddy bear from being reunited with her mother?”

Michelle Rivero, an immigration attorney with the Rivero Law Office, LLC has known Keller since 2000, and is unabashed in her admiration of Keller’s commitment to immigrant and refugee communities in Minnesota.“He’s my superhero,” Rivero said. “He performs a very vital function, and people depend on him.”

It’s a sentiment that Allen, the Mendota Heights rabbi, agrees with. “He works in a way that’s quiet and unassuming,” said Allen. “Thank God we have John Keller doing the work he’s doing to protect human dignity at all cost.”