For the seven years James Yang has owned and operated his store in east St. Paul, his customers have been predominantly Hmong.

That isn’t because Yang sells anything particularly coveted by Hmong customers. The store is filled with American-style hats, children’s toys, backpacks and fashion jewelry such as rings, bracelets and necklaces.

But “whites don’t buy anything in the store,” said the Laos-born entrepreneur, who immigrated to the U.S. more than three decades ago. “One day, a kid grabbed a toy. His parents told him, ‘No, no! Put it back!’ I don’t know why.”

It’s a common experience for many of Minnesota’s Hmong, Somali and Latino entrepreneurs. Though many of the immigrants who’ve built successful businesses in the Twin Cities happily note the state’s progressive policies and generally tolerant residents, they also have to come to terms with a less-remarked upon trait: the tendency among white Minnesotans to generally keep their distance from immigrant-owned businesses.

On a recent Tuesday morning, more than 100 shoppers bustled in and out of stores at the Hmong Village Shopping Center, where Yang’s store is located.

At the mall, there are restaurants, American-style clothing stores and a produce stand; customers can find anything from shoes and dresses to bananas and mangos.

But there weren’t were any white customers, at least on that morning. “Most white people come here around lunchtime,” Yang said. “They eat, walk around the mall — and then, they go home.”

It’s not just Hmong businesses at the mall that struggle to draw nonimmigrant customers; many shops on University Avenue in St. Paul, as well as those in north Minneapolis and other parts in the Twin Cities, hardly see them. The same is true for Somali and Hispanic entrepreneurs, who say white Minnesotans tend to stay away from their salons and barber shops, grocery stores, day-care centers and clothing stores — even those that have existed for decades.

Jose Antonio Sanchez has owned a grocery store in Minneapolis’ Mercado Central on Lake Street for the past nine years, selling items most American families and individuals buy on a regular base: Beans. Rice. Snacks. Soda. Milk. “This is a small grocery store, but we have more than 2,000 different items,” he said.

Still, Sanchez hardly ever receives nonimmigrant customers — which is also common among dozens of other small businesses at the shopping mall, which houses flower shops, U.S.-style clothing stores and sporting-goods stores. “We would like to get all kinds of clients, not only Mexican people,” Sanchez said. “But it’s too difficult to attract enough Americans to our business.” 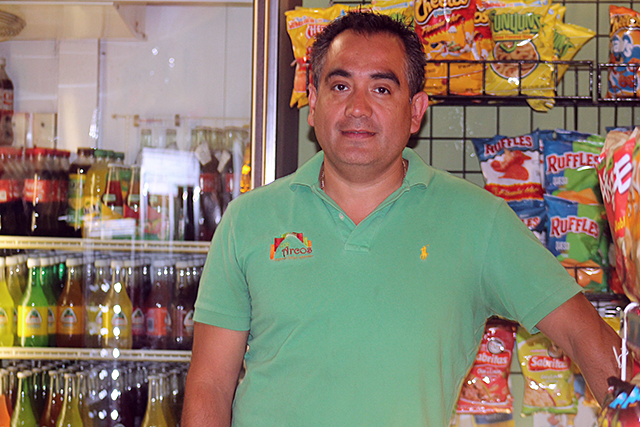 MinnPost photo by Ibrahim Hirsi
Jose Antonio Sanchez hardly ever receives nonimmigrant customers — which is also common among dozens of other small businesses at Mercado Central on Lake Street.

For Minneapolis’ Capitol Café Owner Burhan Elmi and hundreds of other Somali-American entrepreneurs, the experiences of Yang and Sanchez ring a familiar bell. Though Elmi, who has been operating his café for the past three years, has seen an increasing number of East African customers, not many white clients make their way into the shop.

“We have a very few white customers,” Elmi said. “But it’s not only Capitol Café, it’s almost every Somali business. Look at Somali garages, for example; the only customers there are East Africans.”

There are many reasons native-born Minnesotans don’t consider shopping at immigrant-owned businesses, said Alfred Marcus, a professor at the University of Minnesota’s Carlson School of Management.

One explanation is geographic. Immigrant-owned businesses are often concentrated in certain neighborhoods, which makes it inconvenient for many whites living outside those areas. Another reason, Marcus said, is that foreign-born entrepreneurs — especially, those who run nonrestaurant businesses — aren’t differentiating themselves through marketing. “I think of taxis today in the Twin Cities and elsewhere as a kind of business that is dominated by immigrants,” he said. “But why would immigrant mechanics stand out?” 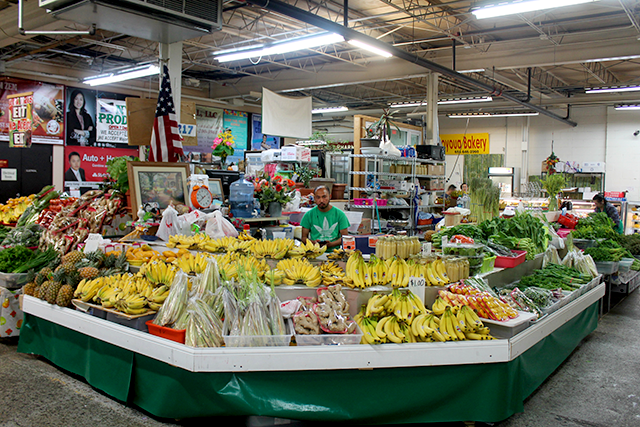 MinnPost photo by Ibrahim Hirsi
At the Hmong Village Shopping Center there are restaurants, U.S.-style clothing stores and a produce stand.

Larger consumer trends are also a factor. Many Americans today, Marcus explained, generally prefer to go to store chains over specialized, small businesses — regardless of who owns them.

But the lack of familiarity with immigrant groups and, in some cases, prejudice can also be a factor. “People are not sure what to expect,” Marcus said. “The prejudice might come out in their wondering about such things as cleanliness … [or] fear of entering some neighborhoods.”

Restaurants as an exception

All that said, Marcus said, immigrants in the United States have had a long history of establishing successful businesses that blossom into multimillion dollar companies across different sectors.

“Restaurants that offer unique food and eating experience are probably the easiest way for an immigrant community to go,” Marcus said. “Think of Chinese eating establishments, Mexican, Thai and so on. If they are good, they tend to attract nonimmigrant populations.”

In fact, ethnic restaurants are a conspicuous exception to the experience of many foreign-born business owners, with some of the most popular eateries in the Twin Cities owned by immigrants, including Indian Palace, Gandhi Mahal, Crescent Moon Bakery and Afro Deli.

So what have they done differently to expand their customer base and stand out?

Abdirahman Kahin, owner of Afro Deli, which has locations in both Minneapolis and St. Paul, said he was very intentional about creating a Western-style feel while providing authentic African, Mediterranean and American dishes. “I figured that Americans are interested in buying sambusa, Somali tea and rice,” Kahin said. “I also figured that I had to pack the food in a way they’re familiar with.”

Kahin also talked about giving customers clear directions on what to expect when them come in: where they need to stand, sit and how to order food.

Today, both Afro Deli locations draw long lines six days a week, and the company counts corporations like General Mills and Target Corp as catering customers. Afro Deli is also among the vendors approved to provide catering for next year’s Super Bowl.

Kahin’s success in the competitive food industry has earned him a reputation as a business guru among foreign-born entrepreneurs. People who want to open new business, or those who have already-established ones, often ask for his guidance.

When he meets them, he reminds them of his humble beginnings: “It was not easy bringing white customers in when I first started the restaurant,” he said. “But with good food and a lot of marketing campaigns, things have worked out well.”