That act inspired some of his American colleagues in the Twin Cities, and in 2005, they created the Iraqi and American Reconciliation Project (IARP) to promote communication and understanding among Iraqis and Americans while providing war victims humanitarian assistance.

The Minneapolis-based IARP, which obtained its nonprofit status in 2007, has over the years worked closely with Muslim Peacemaker Teams (MPT), a Najaf-based charitable organization Rasouli founded when he returned to Iraq, to provide thousands of poor and displaced Iraqis with clean water, hygiene kits, antibacterial soaps, toothbrushes and other basic services.

In Minnesota, the IARP gives Iraqi immigrants and refugees a platform to share their stories through documentary films and stage plays — including a production — “Birds Sing Differently Here,” about a dozen local Iraqis — that was performed last week at the Guthrie Theater’s Dowling Studio.

“We like the people of Minnesota to hear our voices and our stories and to know about our people,” said Jamal Ali, an active member with IARP, of the estimated 5,000 Iraqis in the state. “We want them to understand our culture and learn about the lives of Iraqis in the U.S. and Iraq.”

Through its “Iraqi Voices” initiative, the group has produced a series of short documentaries featuring stories of new Iraqi immigrants and refugees in Minnesota. In a five-minute film, for instance, a young man shares a story about life under the rule of al-Qaida.

He talks about how the group made it a crime for men to shave, trim or even thread their facial hair. With that in mind, one day, he went to the barbershop for a haircut only to encounter an incident that still reverberates in his mind.

“When I was only 15, I witnessed a tragedy,” he says in the video. “I saw a group of armed men. They killed six people waiting for a haircut, and the barber. A child was crying. His father was shot and he was trying to hide.”

Jamela Hasoon, who was a doctor in Iraq and came to the U.S. in 2009, shares her story in another video. After graduating from medical school, she worked as a doctor for more than two decades in Iraq. “Here in America, although I have experience in the medical field, it’s very hard to enter the system here because I have to pass so many [exams] and it’s not easy for me.” 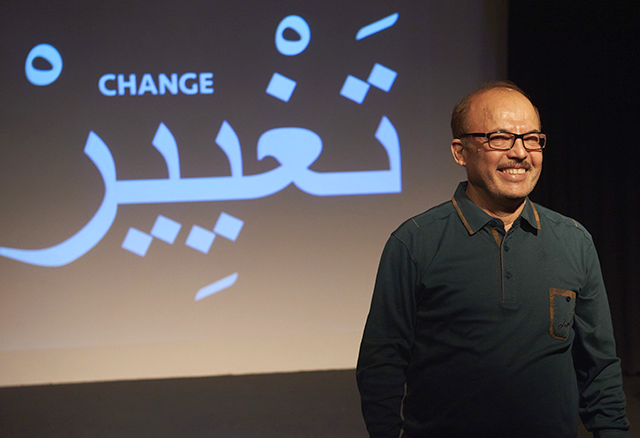 Today, Hasoon and her husband, Ali, are interpreters for Iraqis and other Arabic-speaking refugee and immigrant clients at hospitals and public schools as well as county and state service centers in the Twin Cities metro area.

Showcasing the stories of the community, said Azar Hadi Maluki, professor at the University of Kufa in Iraq and current research fellow at the University of Minnesota’s dermatology department, gives Americans a perspective the mainstream media has long ignored: that Iraqis have also been victims of terrorism and violence in Iraq.

“We sacrificed a lot of people for the sake of getting rid of al-Qaida and ISIS,” Maluki said in an interview. “This is an important message that Americans should understand.”

Aside from making documentary films, IARP has produced art projects that brought together Iraqi and American artists. Among them was “Navigating the Aftermath,” an exhibit created in collaboration with Iraq war veterans and Iraqi artists who used photos to tell painful stories and find healing from the emotional wounds of the war.

For Kathy McKay, co-founder and executive director of IARP, the humanitarian and art initiatives mean more than just providing assistance and a space to share stories. The conversations that happen between Iraqis and Americans as they work together on projects are meant to build bridges and break barriers between Iraqis and Americans. When many of the people in the U.S. are drawn to the deaths and destructions of the war, McKay said, “We were interested in doing something different and becoming better acquainted with Iraqis and educating ourselves about Iraqis and Iraq.”

The ultimate goal of the IARP, she said, is to help create reconciliation between Iraqis and Americans. It’s the reason she’s now part of the monthly IARP-sponsored Women’s Friendship Group event, where women from the two countries invite into each other’s homes to share food, culture and stories. 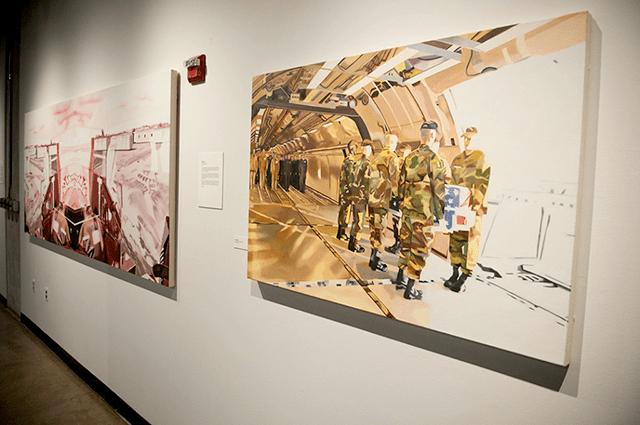 Courtesy of IARP
“Navigating the Aftermath” of the Iraq war, an exhibit created in collaboration with Iraq war veterans and Iraqi artists, uses photos to find healing from the emotional wounds of the war.

“There are six Iraqis and six non-Iraqi women in the group,” McKay said. “Last time, we went to the Minneapolis Institute of Art. We had coffee and desserts afterward. We have a commitment to meet over several months.”

On Nov. 16, IARP is scheduled to screen short documentaries — written and directed by Iraqi-American refugees and immigrants, thanks to a state legislative appropriation from the arts and cultural heritage fund — at Minnesota State University, Mankato.

“Since 2011, we did series of Iraqi Voices,” said Ali, the interpreter, who’s one of the screenwriters. “I try to get more Iraqis involved with these kinds of activities.”

Iraqi and American Reconciliation Project: a decade of building bridges between Iraqis and Americans