Micaela Schuneman and Ben Walen both lead refugee resettlement efforts at separate nonprofit organizations in the Twin Cities. And both have recently noticed a similar trend in their line of work: a substantial decline in the number of Somali refugee admissions.

“Last year, for my office, we had resettled 99 Somali refugees during [the first half of] our fiscal year, which started on October 1st,” said Schuneman, who’s director of refugee services at the International Institute of Minnesota. “This year, we’ve resettled 13.”

Walen, the director of refugee services at the Minnesota Council of Churches, has seen a similar pattern. In the last several years, Somalis accounted for 40 to 50 percent of the organization’s overall refugee resettlement caseload. This year, however, “we’re down to below 20 percent,” he said.

That’s a big shift from the number of Somali refugees the state has resettled in previous years. From 2014-2017 nearly 4,000 refugees from Somalia were resettled in Minnesota, which represented the single largest group of new arrivals brought here each year.

That’s not a big surprise. The administration of President Donald Trump has reduced overall refugee arrivals since it came into office in 2017. Yet the primary cause is the administration’s increased scrutiny of refugees from predominantly Muslim countries, said Schuneman and Walen.

Last year, President Trump signed an executive order seeking to temporarily suspend all refugee admissions for 120 days. Despite multiple legal challenges, the moratorium went into effect in June. When the suspension expired in October, the resettlement programs reopened their services to new arrivals — except for those from Somalia, Iran, Iraq, Libya, Mali, North Korea, South Sudan, Sudan, Syria and Yemen. The U.S. government designated those nations as “high-risk,” imposing another 90-day ban to implement tighter security measures. That 90-day suspension ended in January, “but we have not seen Somali arrivals really pick up since,” said Schuneman. 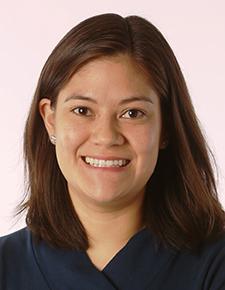 Reports from the Minnesota Department of Human Services (DHS) confirm those observations. Although March marks halfway through the federal government’s fiscal year, only 57 refugees from Somalia have so far been resettled statewide. During the same period last year, that number exceeded 650.

That makes Karen refugees from Burma the largest group so far admitted in Minnesota. Statewide, a little over 240 refugees have been resettled during the current federal fiscal year. They include 60 people from Burma, 30 from Congo and 38 from Ethiopia. “People coming out of Burma are about 45 percent of our arrival so far this year,” Walen said. “Our next larger group is people from Somalia, 16 percent total.”

In addition to the seven-month ban on most Somali immigration, stricter security measures imposed on Somali immigrants — which the government says would prevent potential terrorists from coming to America — was still another factor in the reduction.

“Much of who will be resettled to the United States — and who we welcome to Minnesota through the U.S. Refugee Admissions Program — is dependent on overseas screening and vetting process carried out by the U.S. Department of State in coordination with many other federal agencies,” DHS told MinnPost in an email. “These processes lead to final approval and ultimately travel to the United States. The current administration has been reviewing and updating existing processes, which has led to a dramatic slowing of arrivals to the United States.”

Resettlement of Somalis in Minnesota plummets in wake of Trump policies