On a recent afternoon, as Naima Dhore wandered around her organic farm in Marine on St. Croix, she recalled how far she came to find her niche three years ago as one of a handful of Somali farmers in Minnesota.

Long before the breakthrough, Dhore had yearned for a space where she could grow produce with her husband and their two young sons, a space she could use to encourage a healthy lifestyle among her friends and members of the East African community.

Back then, Dhore was thinking of participating in one of the community garden initiatives that provide immigrants and other underrepresented groups with opportunities to grow food in the Twin Cities with the help of nonprofit organizations.

So to familiarize herself with the urban farming system, Dhore turned to YouTube to see how people — especially immigrants from Somalia — grow their gardens and what they have to say about the experience.

On YouTube, Dhore came across more than she had expected. She didn’t just find someone to explain their experience at a nonprofit-funded community garden in Minneapolis or St. Paul — she found the inspiring story of Mohamed Gaabane, a Somali and proud owner of a 40-acre farm in Silver Lake, Minnesota.

From there, Dhore discovered the Big River Farms, an initiative of the Minnesota Food Association (MFA), which has exposed Gaabane and other immigrants, refugees and underserved Americans in the state to doing actual farming, not gardening.

Among the Somali-American community in Minnesota, Dhore is more than just a farmer; she’s the face of Somali farmers in the U.S. and inspiration for those who see a future in agriculture.

For that reason, she’s been receiving invitations to speak to East African immigrants at high schools, career fairs and community centers across the state.

“There are a lot of people that reached out to me and they’re interested in farming,” she said. “A lot of times, we’re stuck in high-rise buildings in the cities. So it’s really good to see so many people wanting to come here to learn where our food comes from.”

Dhore isn’t the only one responding to a surge of interest in farming. Laura Hedeen, a manager with MFA, said that the association has been getting more questions about its training initiative, which is tailored to help participants develop farming skills.

Among the people calling — and visiting — the association are Somali immigrants who are interested in becoming farmers. Some of them came to the U.S. with decades-long farming experience; others, like Dhore, want to try it out here for the first time.

MFA, which has been around since in the early 1980s and owns farmland in Marine on St. Croix, connects immigrants, refugees and other historically underrepresented communities to affordable land and technical assistance as well as mentorship to start and maintain a farm.

Aside from that, those who are considered eligible for the program must also be willing to learn how to operate an organic vegetable farm and have enough money to maintain the farm. 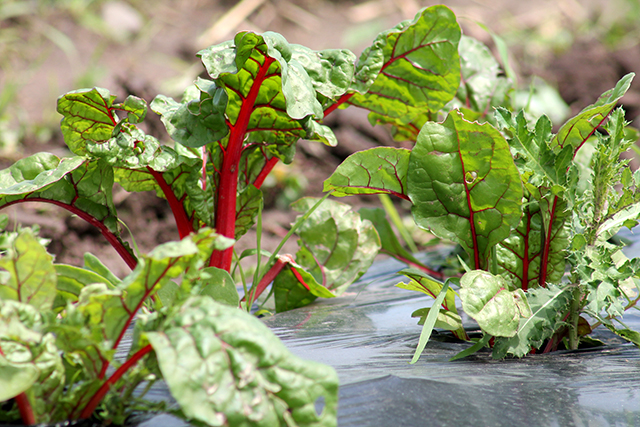 For those people, MFA does several things. First, the association offers free classes before the participants start growing. Second, it provides subsidized farmland rental and ongoing assistance with plot maintenance in the growing season.

Further, MFA also purchases some produce from the participating farmers to ease the pressure of finding a market for their products right away. “It’s a full-time farming,” Hedeen said. “But also it’s another full-time job to be able to find a market for what you’re growing. So we’re doing some aggregation of the produce that farmers are selling.”

If the participants have no prior farming experience, they share a plot, cost and work with others, while receiving ongoing support from MFA. If they come with some existing knowledge in farming, however, they could start an independent project with limited assistance from the association.

That means that in a given year, MFA serves between five and 20 teams. This year, it’s working with 17 groups, including immigrant farmers from Somalia, Burma, Ethiopia, Laos and India.

Though MFA offers needed assistance, participating farmers still need to invest — in addition to the hours they have to work at the farm — between $500 and $1,500 to rent land, purchase supplies and maintain the farm.

“Our goal,” Hedeen said, “is to ultimately help people move on and independently lease or buy land on their own.”

Gaabane, the Silver Lake farmer whom Dhore first discovered on YouTube, is one of the immigrant participants who bought 40 acres of farmland after training with MFA for three years.

In the video, he talks about raising hundreds of chickens and goats, while also growing sweet corn and vegetables and fruits like watermelon, tomatoes, cabbages, garlic and onions.

Farming is nothing new to Minnesota’s Somalis. In the East African country they came from, agriculture has long remained crucial to economic development and poverty reduction.

In fact, according to a recent report by the World Bank Group and the Food and Agriculture Organization of the United Nations, nearly half the Somali population still lives in rural areas. More than 45 percent of those employed in Somalia are in agriculture, a field that represents 93 percent of the total exports.

In Minnesota, where Somali refugees started arriving three decades ago, there haven’t been a lot of people in the community talking about going into farming. That isn’t because people don’t want to farm; it’s just that the prospect of securing land, growing crops and finding a profitable market to sell the products remains out of reach for many.

For example, when Dhore — who grew up eating from her family’s house garden in Somalia — first started to think about the idea of establishing a farm in Minnesota, she thought it would be impossible to get there. “I never thought that maintaining a farm would be possible for an immigrant person,” she said.

But three years ago, when Dhore reached out to MFA, she realized that it was possible to be both a Somali and a farmer in Minnesota. So she applied for the association’s Big River Farms training program to gain the skills needed to maintain an organic farm.

After weeks-long classroom training, the association offered her subsidized farmland where Dhore has been growing vegetables with her husband and their 9- and 7-year-old sons.

After harvest, the family sells the produce to MFA, at farmers markets in the Twin Cities and through small-scale contracts and companies that carry organic foods.

Beyond that, Dhore said, the experience has given her not just the opportunity to help her family, but also to inspire members of the East African community in Minnesota that they, too, can become farmers. To spread that message, she has been speaking in classrooms, at career events and community centers about her experience as a farmer.

“The most important piece in the process for me has been letting them know where their food is coming from and what their responsibilities are in terms of taking care of this planet that we all share,” she said. “That’s the biggest takeaway.”

With help from farmer-training programs, more Minnesota Somalis are putting down roots — literally