The city of Minneapolis has hired longtime immigration attorney Michelle Rivero as the director of the newly created Office of Immigrant and Refugee Affairs (OIRA).

Rivero, who operated her own law firm for 16 years, took the helm of the one-person office — which is dedicated to serving immigrant and refugee residents in Minneapolis — last week.

Rivero’s responsibilities as the director of the office will include working with elected officials and city departments to develop support programs tailored for foreign-born residents, promoting awareness about immigration policies and connecting immigrants and refugees to existing services.

Since city staffers in Minneapolis announced the creation of OIRA earlier this year, people who work with immigrant communities in the Twin Cities have been closely watching who the city would pick to lead the office.

Rivero recently spoke with MinnPost about her past work, her family’s immigration history, and her priorities for the office.

MinnPost: Before becoming a director of the new office, you operated your own law firm for a long time. What attracted you to this position?

Michelle Rivero: I’ve been in practice as a private immigration attorney for 18 years and I’ve been working on a variety of different areas, like asylum and citizenship cases in immigration court, helping people get to the point of applying for citizenship, helping them if they’ve been detained by immigration agents. I found my career to be very rewarding and satisfying. But around the tail end of the Obama administration, the administration started detaining migrant families, most of whom were women and children, at the U.S. border.

Then I started feeling the motivation to do more pro bono activity than I had in the past. I actually went down to Artesia, New Mexico, for a week to help detained families with their initial immigration court hearings.

After that experience, in 2014, I became a lot more motivated to do more pro bono work and advocacy than I had been doing already. But that ended up consuming more and more of my time to the point that it became unrealistic to continue to engage in that type of activity and at the same time maintain a law practice, particularly after the beginning of the Trump administration when there was so much more need for a pro-immigration advocacy and pro bono assistance for individuals who are in a situation where they feel targeted.

So I knew that I wanted to contribute in a different way than I could in my private practice. And that’s what made me apply for this position. I’m very grateful that I was selected.

MP: What are some of your main priorities for the office?

MR: It’s a work in progress. Over the last week, I’ve been meeting a number of different city officials to kind of get feedback on what the concerns are and what the desires are. 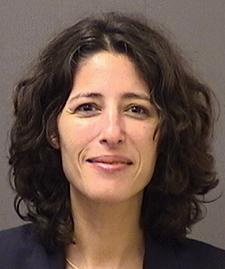 I’ve identified a few areas that are important. One of them is certainly to communicate with city officials, including city council members, the mayor and individuals in different city departments to highlight the policies and the developments that are coming from Washington, D.C., and to suggest to city officials ways to respond that have a positive impact on the immigrant and refugee community in Minneapolis.

Another area is to ensure that immigrants and refugees themselves are aware of these same policies and developments that are coming from Washington, D.C., because sometimes these policies fly under the radar. They’re not announced in an executive order, for example; it’s just an alteration in the way that the U.S. Citizenship and Immigration Services processes cases. So it’s important to disseminate that information to immigrants so they’re aware of these developments and can respond.

MP: Aside from those services, what can the city really do about immigration issues when we know that the federal government determines immigration laws?

MR: A lot. Minneapolis has wisely made the decision to follow the footsteps of other cities such as New York City, Chicago and Seattle, recognizing that we’re stronger when we’re welcoming our immigrant communities.

It’s true that immigration law is a federal law. It’s also true that in the wake of the Trump administration, many communities — not just municipalities but also religious groups and others — have risen to the task of trying to provide whatever support they can. I think that’s very valuable and meaningful.

MP: When the city posted the job, activists in the refugee and immigrant communities talked about the need for a person who can relate to the people the office is going to serve. Tell me about your background.

MR: My mother is from Sicily, Italy, and my father is from Colombia. They both came to the United States as adults and they met in New York. I grew up in New Orleans, Louisiana. I was raised speaking Italian and Spanish and I learned French also.

I came to Minnesota to attend Macalester College in St. Paul for my undergraduate degree. Then I went to Chicago to study at the DePaul University College of Law. Then I returned to Minnesota.

I do think that that has provided me with a very strong grounding. I think it helps create trust with our immigrant and refugee communities. It’s a background that I’m very happy that I have.

MP: Earlier, you talked about all the services the office provides. How are you going to do that when you’re the only person in the office?

MR: I’ll do my best. My hope is that there will be enough work for more than one person and I’m sure that that will be the case in the future. Ideally, the office will multiply greatly.

MP: Do you anticipate any particular challenge?

MR: Who knows what will come down from the federal government! But I think we’ll be equipped to face any challenge. I know there’s a great support for this office in the community. From the conversations that I’ve had so far with the nonprofit organizations and individuals, everyone is so eager to do something positive. I think we can work with that momentum to face the challenges ahead.

MP: Where do you see the office in the next five, 10 years?

MR: I hope our office will be like the offices I’ve had communications with in New York City, Seattle and Denver. These offices have developed great programs and offer comprehensive information both to city officials as well as to the community.

‘I wanted to contribute in a different way’: meet the director of Minneapolis’ new office of immigrant and refugee affairs