The four-way race for the Republican endorsement for governor ended with the endorsement of Hennepin County commissioner Jeff Johnson — but not before a Machiavellian twist that ensures a four-way primary.

Thompson dropped out on the third ballot, getting a standing ovation when he asked his opponents not abiding by the endorsement “to think about it.”

“I would implore my opponents to think about whether running in a primary is for the good of a cause or for the elevation of self,” Thompson said, asking his delegates to support Johnson.

Seifert then startled the delegates by taking the podium.  He released his delegates but did not technically withdraw, forcing a fourth and final ballot.

Seifert’s move drew a surprisingly public rebuke from party chair Keith Downey who said when Seifert asked to speak to the delegates, “it was assumed he would also withdraw.”

But Downey said Seifert’s intent was to prevent any endorsement by telling Seifert delegates to leave and reducing the delegate number to an insufficient level for a legal endorsement. “That was uncalled for,” Downey said.

Delegate numbers were sufficient to give Johnson a victory on fourth ballot. “It has been a positive race,” Johnson told the delegates in his acceptance speech. “I particularly want to thank Dave Thompson and Michelle Benson for being two of the classiest people.”

“It ain’t going to be easy,” Johnson said of the primary contest.  “We need to … pull together every faction and group in the party.  We need to appeal to the people that left [the party].”

The endorsement battles in both the U.S.Senate and governor’s races have made the party stronger, Downey told the delegates.  “I thought our party had actually grown, the heart and soul even stronger, and it is,” he said.

Delegate and Minnesota Tea Party Alliance chair Jack Rogers was blunter. “Marty [Seifert] has just galvanized every faction in this party to work for the endorsed candidate,” he said. 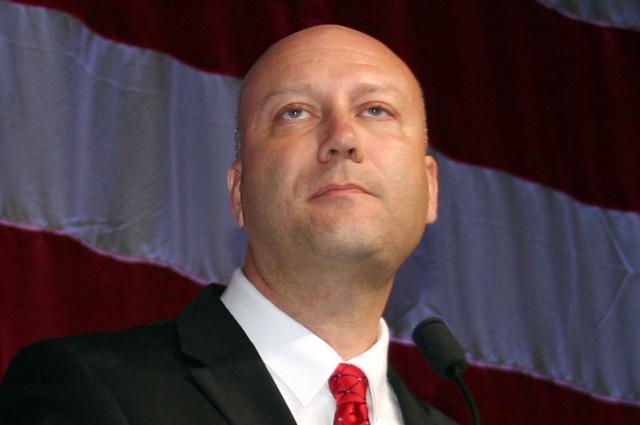