A Cruz campaign booth, staff, and video at the Duluth Entertainment and Convention Center seemed to indicate that Cruz is preparing for the 2020 presidential year. But Brandon Lerch, former state director for the Cruz campaign and still working on his behalf, said the operation had a much shorter-term goal.

“While we are no longer seeking to get our people elected to the delegate positions in order to nominate Ted to be president, we want them to be in Cleveland so that they can sit on the rules committee, sit on the platform committee, the two most important committees,” said Brandon Lerch, former state director for the Cruz campaign and still working on his behalf. The goal is to produce “a very conservative platform, a platform that reflects conservatism throughout the nation.”

Cruz supporters fear the Republican platform will take a liberal tilt with Trump as the nominee. “Part of why I’m running for national delegate is that I wanted to be appointed to the platform committee so our platform stays as conservative as possible,” said Marjorie Holsten, who will be Cruz delegate at the national convention. “When I’m there, if there is a choice I will make a choice.”

So for the Cruz team, the real work began after the state convention selected its official slate of 17 delegates for Marco Rubio, 13 for Cruz, and 8 for Donald Trump. 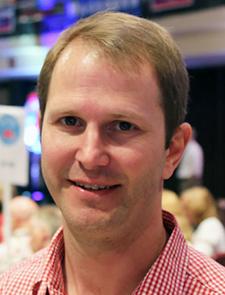 The delegates adjourned to elect the chair of delegation and two representatives each to four committee assignments.

The Cruz campaign, which continues on via a PAC, is working in other states to place supporters on key RNC committees. But Lerch says there is no hidden agenda to put Cruz forward as a candidate for nomination.

“Right now his name stays on the ballot until he or the convention comes up with something different,” Lerch said. “But when supporters ask if there’s a possibility that [Cruz] could still be nominated, I have to be firm and tell them no.”