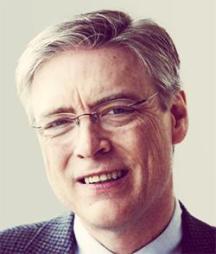 Former Congressman Tim Penny, mild-mannered and equable, would seem an unlikely doomsday prophet. But he has a gloomy assessment of this presidential election.

“I always thought of myself as an optimist about our system,” he said. “I think I still believe that, but I have said on more than one occasion that sometimes things have to get worse before they get better. This presidential election is perhaps it. Two candidates that are equally disliked are the only choices we’ve got.”

Penny believes that regardless who wins the election, Hillary Clinton and Donald Trump will exacerbate the polarization of America’s political parties.

According to Penny, it’s the parties, not the people, that have produced candidates Clinton and Trump. “The public is not as polarized as the parties, but the party is the gatekeeper. And each is dominated by its own special interest groups,” he said.  “They set the terms and tone of the debate. You dance with the ones that brung ya.”

The national parties, particularly the Republican Party, have bragged about record primary and caucus turnout in 2016.  But it was still only a fraction of voters, notes Penny. “When you add up all the people that participated, the vast majority did not participate and ended up choosing between two candidates they may not have chosen in the first place.”

“Open primaries would have opened the door for someone other than Bernie Sanders being the alternative to Clinton,” he said. “And Trump would have had a little more difficult time. Rank-and-file Republican voters are very animated and fired up to send a message and he tapped into that mood very effectively. But if a broader swath were allowed to vote his number would not have been as strong.”

Penny insists, though, the primaries must be open, that is: anyone can vote in either a Democratic or Republican primary. Minnesota will go to a presidential primary system in 2020. The state will sponsor the primary elections and voters can decide which party primary they want to participate in. And while the vote itself is private, the party ballot the voter selected will be public information, which will allow the parties to be able to collect voter identification to build their voter base.

“The interests of the state are not tied to the two political parties, but that was the quid pro quo [of the legislation],” Penny said.  “That is in a sense a corrupt idea — using the power of the state to benefit a political party.”

Spoken like the independent that Penny has evolved into. Penny doesn’t need political affiliation in his role as head of the Southern Minnesota Initiative Foundation, an economic development organization. But he’s still a believer in the political process and that’s where he finds the silver lining in this year’s presidential election. “It may be that it could be the catalyst for people to say we’ve got to find a different caliber of leader,” he said.

Would open primaries have given us better presidential nominees?