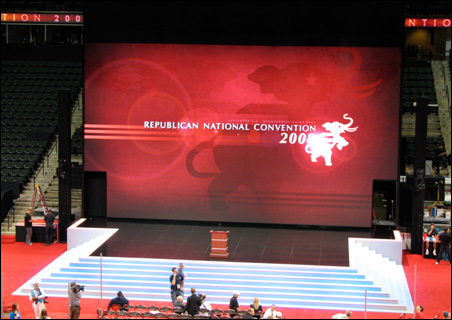 Republican officials this afternoon unveiled their convention podium and the 50-by-30-foot HD television screen behind it. The Republican National Convention starts Monday at Xcel Energy Center in St. Paul.

They noted, often, that their podium is lower, only 4 feet off the floor and simpler than the one Democrats are using this week in Denver.

Red carpet lines the floors in the arena, and most major media outlets have their own booths and signs visible from the floor. Balloons are ready to be loaded into the rafters.

All the preparations, though, couldn’t stop a bat from flying around the hall during the presentation. 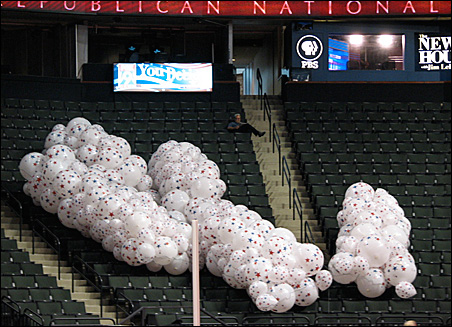 MinnPost photo by Joe Kimball
Balloons, today awaiting their ascension to the top of Xcel Energy Center, filled several seats in the arena. 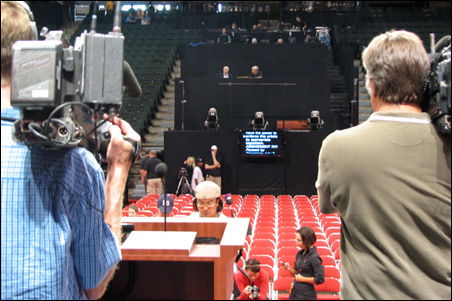 Here’s the view speakers will have next week from the convention podium. 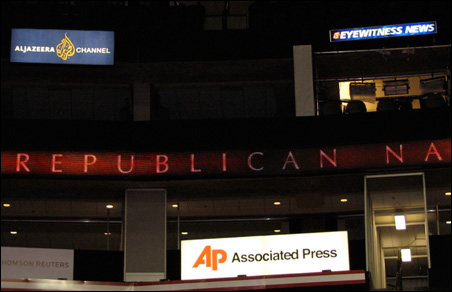 MinnPost photo by Joe Kimball
Signage and booths for many major news organizations — including Aljazeera Channel, part of the Arabic-language news network (shown in upper left) — ring much of the arena bowl.