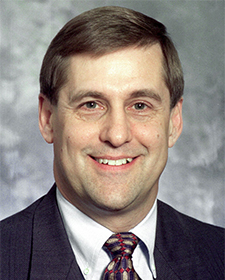 There’s another “maybe” from the list of possible Republican contenders to fill the 6th District congressional seat following Michele Bachmann’s announcement she will not seek re-election.  Phil Krinkie, former state representative, president of the Minnesota Taxpayers League and owner of a heating and air conditioning business, says he is considering a run.

“It’s going to take time. I want to sit down and talk with my wife,” he said from his office at The Snelling Company. “And I have a 17-year -old daughter who will be going off to college in a year. I have to take that into consideration.”

Krinkie is well aware of what he calls the “nitty-gritty” of politics.  He served 16 years in the Legislature representing the Lino Lakes area.  In 2006, he competed for the GOP endorsement for the 6th District congressional seat, losing to Bachmann.

“I suspect it will be a crowded field with at least four or five other people who will jump into this race because, number one, it’s a significantly Republican-leaning district,” he said.

Krinkie does not underestimate Jim Graves, the Democrat who ran and almost beat Bachmann in 2012 and is running in 2014.  Graves poses a “significant” challenge, he said. “Never assume you are an odds-on favorite even with the Republican endorsement,” he said.

Krinkie didn’t specify a timeline for making a decision.  “Even the last time, we didn’t gear up until 15, 16 months out,” he said.  “There’s still some time here.”