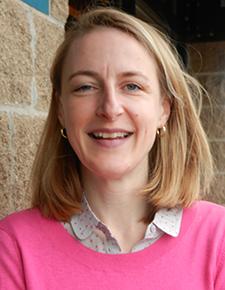 Marion Greene defeated Anne Mavity in the race for the Hennepin County Board seat vacated by Gail Dorfman. Greene won by 474 votes, netting 3,401 to Mavity’s 2,927. Both candidates are DFLers.

The Hennepin County Canvassing Board is scheduled to meet and certify the results today. The earliest Greene could be sworn in would be May 21.

Greene will fill out the remainder of Dorfman’s term that runs through 2014. An election for the term beginning in 2015 takes place this fall, with an August primary.

The County Board District includes St. Louis Park and the southwest quadrant of Minneapolis.

Greene carried her former legislative district around Lake of the Isles and Cedar Lake, while Mavity carried all but one precinct in St. Louis Park where she is a member of the City Council.

Greene outpolled Mavity 704 to 110 in four precincts of her legislative district, where residents have strongly opposed Southwest Light Rail plans to co-locate freight and the commuter rail in a popular recreation area between the lakes known as the Kenilworth Corridor.

Mavity’s strongest showing was in four St. Louis Park precincts that gave her 551 votes to Greene’s 139. St. Louis Park residents were strongly opposed to re-routing freight trains through their community, and prevailed.

Mavity also carried seven Minneapolis precincts in the areas along Minnehaha Creek where she grew up, as well as one Lyndale neighborhood precinct. (Note: this story originally incorrectly placed some of these in the Linden Hills neighborhood)

Voter turnout for the contest was about 6 percent or 6,353, just 112 votes above the total cast in the six-way primary election two weeks ago.