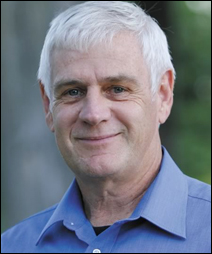 One, all of a sudden, we in the media remembered he’s been in the race for the DFL endorsement for U.S. Senate for some time now. We actually started calling him.

And Nelson-Pallmeyer, as he is wont to do, started talking about issues: Getting out of Iraq. Sustainable energy. Universal health care.

This proved again that the University of St. Thomas prof is a strange pol. He doesn’t seem to want to talk about the other guy’s accountants or preachers or any of the interesting stuff.

The other thing that happened is that when Franken’s problems kept spilling onto the 10 o’clock news, the question among pundits were variation on whether the DFL would find another candidate if Franken eventually was forced to the sidelines: Would Mike Ciresi return? Would Rep. Tim Walz switch races and try for the Senate? How about state Sens. Thomas Bakk or Tarryl Clark? Maybe dust off Walter Mondale again?

Nelson-Pallmeyer was treated as if he was from one of the Dakotas.

Despite distractions, Nelson-Pallmeyer stays on task
How did that make him feel?

Nelson-Pallmeyer insisted that before “that other stuff (Franken’s business and tax problems)” came up, his campaign was on the “ascendancy.”

“The trajectory has been incredible,” he said. “We’ve been picking up more delegates every day, and that’s not just since this other stuff. That’s been in the last month and a half. What I think people respect about this campaign is we speak with honesty about the problems but they’re not overwhelming. Let’s have a single-payer system. We can get out of Iraq… .”

There he goes again.

Of course, he doesn’t really have to speak to Franken’s problems. The Republican Party is doing that for him, and we in the media are lapping it up without asking tough questions of Republicans.

So far, the unions and others in the party officially are saying that they’re sticking with Franken. The unions, by the way, still play powerful roles at DFL conventions.

Nelson-Pallmeyer says he knows that Franken has a substantial number of committed delegates for the convention, which is five weeks away.

“I talk to them and tell them I understand if they feel they’re in a moral quandary,” he said. I tell them, ‘You have to do what your heart and gut tell you to do.’ ”

He’s making his case to uncommitted delegates
But there are large numbers of delegates, who leaned toward Franken or were uncommitted, who have been moving his way, he said. Again, he notes that this was before Franken and his accountant became Page 1 stories.

It’s hard to read Nelson-Pallmeyer. He sometimes seems to really believe that winning debates — and he’s been the best DFL debater since the campaign began — makes for the best candidate. And he also sometimes interprets the standing ovations he received at Congressional District Conventions as translating to delegates come endorsement time next month. Perhaps that’s because he’s new at all of this. Perhaps he’s kidding himself. Or maybe, just maybe, it’s because he’s right.

“I think people (delegates) really are starting to pay attention to this race,” he said. “Earlier, so much of the attention was focused on the presidential campaign, or on (the) Madia-Bonoff (race in the 3rd District), all those other things. Now people are starting to pay much closer attention. They know they have the job of picking the best candidate, and that’s a very serious duty.”

He tells people not to worry about name recognition. His may still be low among most Minnesotans, but that problem will quickly be resolved “when I get the endorsement,” he said. This period in the weeks leading up to the convention isn’t about building statewide recognition. It’s about speaking to the 1,300 people who are delegates.

“I ask people, ‘Who can debate Norm well and hold him accountable for his awful record?”

Of course, the conventional wisdom is that Nelson-Pallmeyer has no chance. If Franken’s problems continue to mount between now and the convention, the DFL will find somebody else.

“If the conventional wisdom was right,” said Nelson-Pallmeyer, “this race would still be about Al Franken’s money versus Mike Ciresi’s money. I said in the beginning, this was a three-person race. Nobody believed that, either. I seem to remember another race where a Senate candidate had no chance according to the conventional wisdom.”

One key question: Does Nelson-Pallmeyer have a good accountant?

But then he did make a confession.

“I am color blind,” he said, “so if sometimes my socks don’t match, that’s the problem.”

Down the line, that could be an issue.