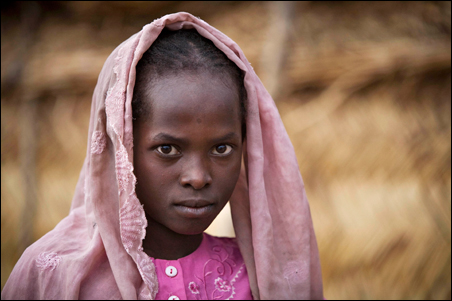 A young refugee from western Darfur stands outside a shelter in the Djabal camp in eastern Chad in June, where an estimated 250,000 Sudanese refugees are scattered throughout a dozen camps.

BEIJING – Jill Savitt has a suggestion for how to spend a nice, quiet evening at home Friday night.

As NBC and KARE-11 ramp up for what’s expected to be an epic opening ceremony for the 2008 Summer Olympics, Savitt has a simple request: Turn off your television … and turn on your computer. Go to Dream for Darfur’s website and think about the plight of the refugees in camps on the Chad-Sudan border. Think of China’s backing of the Sudan regime. Think of China opposing the International Criminal Court’s arrest warrant for genocide and crimes against humanity.

Forget, for a few hours, about the trumpets, flags, doves and athletes at the National Stadium. Think about the kids in the camps of Darfur.

“We should all look at this world coming together in peace, which the Olympics represents, and try to think how we can extend that to the rest of the world,” said Savitt, Dream for Darfur’s executive director.

Savitt is a pro, a human rights pro. She is always laser-like on message. She has worked for the Ms. Foundation for Women and Human Rights First, which developed the “End Torture Now” campaign.

With actress/activist Mia Farrow, Savitt has been advocating for the past couple of years on behalf of the people of Darfur, the region of Sudan that has been ravaged by bombings, mass rapes and the orphaning of children by the Khartoum government and by Janjaweed militias backed by Khartoum. China is Sudan’s largest patron, buying oil and selling arms.

Webcasting from refugee camp
So, through most of the day Friday, if you tune into the Dream for Darfur website, you will see Farrow webcasting from a refugee camp in Chad. She will conduct interviews with people who live there. The interviews will be interspersed with music videos donated to Dream for Darfur by a wide range of artists, from REM to George Clinton, from Bette Midler to They Might Be Giants.

Farrow’s webcasts will continue through the first week of the Games and, said Savitt, she’ll be asking questions to the refugees like, “If you could say something to all the world leaders gathered at the Olympics, what would you say?”

About 80 heads of state are expected in the stadium Friday night.

Last spring, Dream for Darfur’s campaign seemed to have real momentum. Filmmaker Steven Spielberg pulled out of his role as an adviser to these Opening Ceremonies, citing Darfur policy. Some European leaders, such as Great Britain’s Gordon Brown, decided – often without strident declaration – to not to attend the Opening. Even such meager actions stirred Chinese officials and they met with Savitt. 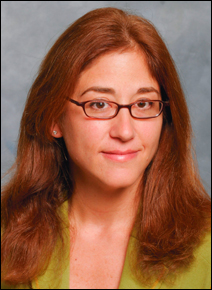 But a few things happened along the way. The crackdown in Tibet in March overshadowed attention on the Darfur contradiction and steeled Chinese resolve toward U.S. advocacy groups. Then came the devastating earthquake on May 12.

“On the earthquake, we definitely pulled our punches,” Savitt told MinnPost from New York. “We definitely shut down public advocacy for about a month. We don’t pit humanitarian disasters against each other.”

After that respite, Dream for Darfur released in July a nasty, biting satirical cartoon called, “Gengen Genocide,” in which a murderous little character revels in murder and oil and views the Olympics as a perfect distraction.

“We came out once again, hard-hitting and holding China accountable,” Savitt said.

As for any diverted attention to the Tibet political situation, Savitt said, “I think a rising tide lifts all boats in China advocacy. To get to China, it’s going to have to be death by a thousand cuts. So, I think Tibet advocacy is helpful to us.’”

An organizer par excellence, Savitt said, “The Darfur advocates are never going to out-organize the Tibet advocates. They are fierce. It affects them personally. In the Darfur community, we’re more professional advocates. The victim is not present.”

Sponsors seem to be a ‘lost cause’
She is plainly angered by the lack of response by Olympic sponsors to Dream for Darfur‘s call to have the large corporations, at the very least, address the crisis with Chinese organizers. Gengen Genocide addresses sponsors, too.

“The sponsors, they are a lost cause,” she said. “It’s moral cowardice in the extreme and avarice.”

While Savitt was hoping to get here to China, she’s not optimistic. Certainly the recent revocation of the visa of Olympic speedskater Joey Cheek, who has organized athletes into Team Darfur, was a signal that Chinese authorities weren’t open to Darfur advocacy on these shores.

Dream for Darfur missed its window. Olympic leverage disappears tomorrow night. There’s sure to be a demonstration here or a banner there, but the time for the sorts of protests that might have affected Chinese officials – say a mass boycott of the Opening Ceremony by world leaders – has passed.

Still, Savitt said she believes the Dream for Darfur campaign and other China advocacy efforts show that “China is not invulnerable and that’s a human rights victory.”

I’m going to be at the Opening Ceremonies in the Bird’s Nest Friday night. If I wanted to cause a stir, I guess, I could open up my laptop and type in dreamfordarfur.org and watch Farrow as the teams march in.

But there’s a problem. That website is blocked here. Can’t get it.

Sadly, coldly, Farrow’s alternative show won’t be available in the nation she most wants to influence.

Jay Weiner has covered every Winter and Summer Olympics since 1984. He can be reached at jweiner [at] MinnPost [dot] com.

The Olympic pilgrimage has begun
By Jay Weiner
August 5, 2008

With 10 days to go, a new Amnesty International report on China and the Olympics
By Jay Weiner
July 29, 2008

Torch relays a burning issue since their start at Hitler’s ’36 Olympics
By Jay Weiner
April 8, 2008

Olympic politics heating up even faster than expected
By Jay Weiner
March 17, 2008

Beijing Olympics likely to be the most corporate, most political and most examined sports event in history
By Jay Weiner
February 11, 2008

A different kind of opening ceremony for the Olympics