Seven years ago, staff at the Neighborhood Development Center made a realization. Plenty of Somalis and other Muslim immigrants had attended the St. Paul-based center’s trainings for small-business entrepreneurs — but in more than a decade, not one Muslim had ever taken advantage of the center’s small-business loans.

The reason? Islam forbids “reba,” or usury. To some, the term refers merely to excessive interest, but to others, it includes the payment of any kind of interest — making conventional bank loans a sin for them.

As a result, in 2001, the Neighborhood Development Center partnered with a local group called Reba Free LLC and became one of the few institutions in the United States to offer financing that complies with Shariah law, based on the Quran and Islamic traditions.

Brian Singer, the center’s director of lending, explains how it works: “Basically what we do is we buy something and sell it to someone at a profit, and that profit is similar to the interest we would have earned had we just loaned the money.”

This approach is known as Murabaha financing. Another model is Ijara, in which a financial institution purchases something for a customer — a house, for example. The customer pays for the house over time, while also paying rent to the financial institution at a rate comparable to what the interest would be on a conventional loan.

Singer said the center has made 62 of these interest-free transactions, totaling more than $1 million, since launching the project in 2001.

Small but growing
Shariah-compliant financial products are common in countries with large Muslim populations, but banks have been slow to offer them within the United States.

A smattering of community banks, such as Devon Bank in Chicago and University Bank in Ann Arbor, Mich., have created products in response to requests from Muslim customers, but larger banks have been much more hesitant to enter the market.

HSBC used to offer Shariah-compliant finance in the United States, but in 2006 the company stopped because, according to a company statement, demand was “not large enough to warrant continuation of the product at this time.” HSBC still offers Islamic banking products in several Middle Eastern and Asian countries, as well as in the United Kingdom.

The problem is U.S. regulations, said Hussam Qutub of Guidance Residential LLC, which offers nothing but Shariah-compliant home finance. The company is based in Reston, Va., but offers mortgages in 24 states, including Minnesota.

The company launched its product in 2002 — but first, its legal team had to work closely with Shariah scholars to create a product in compliance both with Islam and with U.S. regulations.

“Those discussions took a little over two years, and with that came a lot of legal costs,” Qutub said.

And each state has its own rules, so expanding requires even more legal footwork. “Some states say if our neighboring state approved you, we approve you … but others say, ‘I don’t care what you’re licensed for, we do it our way,’ and then the lawyers get involved again.”

Texas initially refused Guidance Residential’s application. It took three and a half years and nearly a quarter of a million dollars in legal fees to finally get approval to do business there, Qutub said.

On the positive side, however, Shariah-compliant mortgage providers have not been hit as hard as the rest of the mortgage industry.

Credit is tight, Qutub said, but foreclosure rates are minimal.

“We have customers who pay their bills,” he said. “They’re very much involved in the process, and they really do live within their means.”

Nazir Gurukambal, vice president of Islamic finance at Devon Bank in Chicago, reported a similar experience. With the economy lagging, there have been some late payments, he said, but no defaults. And he’s heard the same from colleagues at other banks as well.

Gurukambal said it’s because the only groups offering these mortgages are small banks or other organizations that are very careful about whom they provide financing for. “We haven’t gone into subprime or zero percent down,” he said. 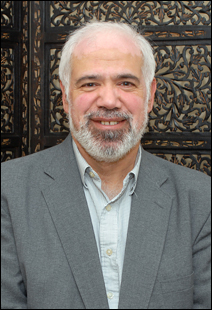 Wafiq Fannoun, founder and director of Reba Free LLC and director of the Islamic University of Minnesota, said there’s a cultural factor as well. “We [Muslims] try not to get a lot of debt. In Islam, every person is responsible for his actions.”

Local options
The Neighborhood Development Center had a slightly easier time developing its Shariah-compliant small business financing. “We’re a nonprofit organization,” Singer said, “so we don’t have to worry about regulations the way a bank would.”

But the center did need the approval of Islamic scholars, so it partnered with Fannoun of Reba Free.

Fannoun had been approaching banks since the early 1990s to persuade them to offer Shariah-compliant products. “They would come back at me with free checking,” he said. “The market was not big enough at that time.”

He purchased a house himself in the mid-1990s using a conventional mortgage. He later refinanced with a Reba Free mortgage when it became an option. But he’s heard reports of strict Muslims who saved until they could afford to pay for a house upfront rather than having to pay interest.

Gurukambal at Devon Bank estimates that about a third of Muslims will refuse conventional loans no matter what, a third will use whatever offers the cheapest rates, and a third prefer Shariah-compliant financing but will accept conventional loans if nothing else is available.

There still isn’t any group based in Minnesota that offers Shariah-compliant home mortgages, but the local Guidance Residential office has financed more than 230 homes in Minnesota, and there are several other institutions serving the state, including Devon Bank.

And bigger banks are aware of the concept.

Wells Fargo & Co. made an equity investment in the African Development Center, which was used for Shariah-compliant small-business financing, according to spokeswoman Peggy Dunn. And customers with Wells Fargo savings accounts can opt out of receiving interest on their money.

But the bank itself does not offer Islamic financing.

“The question comes up every once in a while, and I know that we do look at it occasionally,” Gunn said. “But at the current time, we do not have a product.”

• To learn more about the project, visit here.

• To see an archive of MinnPost stories and articles about Islam, go here.