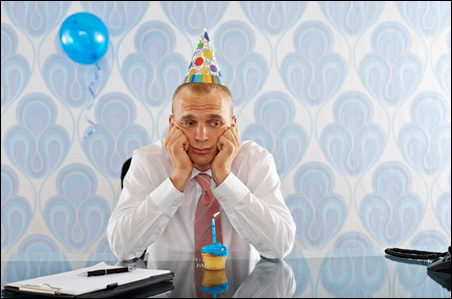 If you’re in the party business, it’s looking pretty grim for the holidays.

Party planners, caterers and hotels say corporate and individual clients are dialing it back this season, hosting smaller gatherings or canceling their parties altogether.

Big retailers like Target Corp. and Best Buy are eliminating or scaling back their parties in favor of volunteering (Target) or department kitchen potlucks (Best Buy). Minnesota Public Radio is pulling the plug on its holiday party, and so it goes …

“Normally I’d be doing anywhere from 10 to 20 parties this time of year,” says Sara-Ann Kasner, a concierge for Zeller Realty and president of the National Concierge Association. “Usually I’m so busy I can hardly breathe.”

But, in the few days remaining before Christmas, Kasner’s breathing easy. A little too easy.

“This also happened after Sept. 11, but we bounced back stronger than ever,” says Kasner. “I can only hope the economy turns around, and we can return to that valued position again.”

Caterers and hotels also are grappling with customers opting for the less-lucrative, downsized company party.

Linda Adam, director of catering sales for D’Amico & Partners, says her company normally would be catering big corporate affairs for 800 to 1,000 people in one of their large venues, such as the Metropolitan Ballroom or the Calhoun Beach Club. But instead, Adam says, D’Amico is seeing smaller, in-home hosted parties.

“Customers are cutting costs,” says Adam. “They might be eliminating the valet, or limiting the bar rather than hosting it. They’re not spending on décor and linens and specialty items like china, glass, and silver. Many are going to a lunch versus a dinner.”

“We’ve had quite a few cancellations compared to last year,” says Benjamin Graves, president of the Graves 601 Hotel in Minneapolis.

Luxury hotel sees 20 percent drop in bookings
Graves says holiday party bookings at his luxury hotel are down 20 percent over last year. He says both small and large companies are canceling. “I don’t think necessarily it’s because they don’t have the money,” says Graves, “but public companies don’t want to be seen as having lavish parties.”

Some companies are forgoing sumptuousness and beefing up their altruism.  Graves says several companies hosting festivities at his hotel are turning the party into fundraisers or food drives. “It’s a new trend I haven’t seen in the past,” says Graves.

Minnesota’s chill on corporate holiday cheer is playing out across the country, according to the most recent holiday party survey conducted by Challenger, Gray and Christmas, a Chicago-based firm that specializes in corporate trends and assisting laid-off executives.

“We’re in a recession, and companies, when they see their revenues drop, usually start cost-cutting programs,” said survey author and CEO John Challenger. “And cost-cutting can reach into every corner of the organization, and often everything comes under the microscope.”

Challenger’s firm contacted 100 companies nationwide for its survey. (He would not say which companies he spoke to in Minnesota.)

Many cutting back rather than canceling
The survey also found that 7 percent of the companies are canceling their parties altogether. And of those still sponsoring gatherings, very few are increasing their party budgets (4 percent). Some (13 percent) are slashing party budgets in half.

Challenger says holiday parties are a way of thanking people for their hard work and should not be scrapped.

“It’s shortsighted to cut parties,” says Challenger. “In the scheme of things, they’re not a huge cost. I don’t think too many employees would feel it’s wrong or untoward to be scaling back. Extravaganzas would be unseemly. But to cut them out all together seems to suggest the company community is not important, and it could be damaging to the culture or morale.”

It looks like at least one Minnesota company still has that holiday party spirit.

Although KSTP-TV just laid off 18 employees late last week, Chairman and CEO Stanley Hubbard says not only will the show go on, but it will not be scaled back in any way. Hubbard says as usual, the party “will be in a very nice place,” though he won’t say where because “then (non-KSTP employees) will come.”

Hubbard says his family, not the company budget, will foot the bill for the party.

“We’ve been doing it since the 1920s, and never missed one yet,” says Hubbard. “People have done good work, and we do what we can to brighten the season. We all are tightening our belts to run efficiently, but at the same time we all want a smile on our face.”