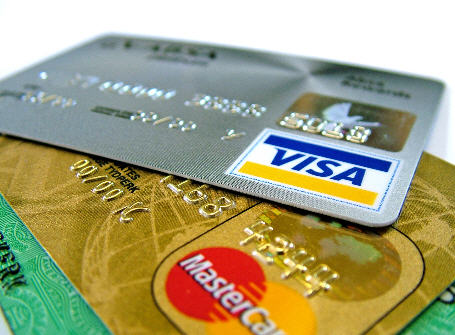 Fitch Ratings says that credit card defaults are about to lurch past the previous record of 7.53 percent, which was set in 2005 amid a flurry of bankruptcy filings prompted by the revised bankruptcy laws that were about to phase in. Analysts think the rates could reach 10 or 11 percent this year, with a worst-case scenario around 15 percent. According to Bloomberg News, a 10 percent default rate would wipe out from 40 to 60 percent of card portfolio profits for most of the biggest issuers–Citigroup, Bank of America, JP Morgan, AmEx, Capital One and Discover.

Does anybody feel like weeping for the usurers? I hope not. But rising defaults will further strain the resources of already undercaptalized banks. Bloomberg’s Hugh Son writes: “Banks that already got cash from the U.S. Treasury after losses tied to mortgage securities may have to add billions to reserves for credit-card defaults, straining capital levels further. They are cutting credit lines, raising interest rates and scaling back on mail solicitations to brace for future losses…. Sustained defaults at 10 percent could force a major issuer to seek a rescue or sell its credit-card division, said David Robertson, president of the Nilson Report, the Carpinteria, California-based trade newsletter.”

How are the banks hedging against all the looming defaults? By raising rates on people who pay on time. Hey, it’s a classy business.